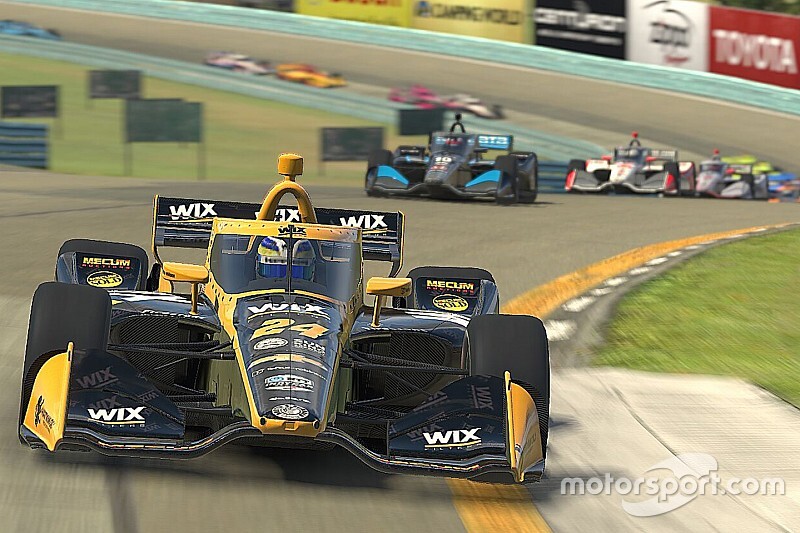 This Sunday’s second round of the IndyCar iRacing Challenge from ‘Virtual Barber Motorsports Park’ is to be televised.

As per last weekend’s inaugural round, a virtual race at Watkins Glen, the regular IndyCar commentary team of Leigh Diffey, Paul Tracy and Townsend Bell will call the event, which will also stream on NBCSports.com and the NBC Sports App.

While the Watkins Glen race was a throwback to when the NTT IndyCar Series most recently competed there (2017), this weekend’s race at Barber is a poignant reminder of the havoc wreaked on this year’s schedule by the coronavirus pandemic. The beautiful Alabama road course was originally scheduled to be hosting the second round of the 2020 season this weekend.

NBC Sports Network will show the virtual Honda Indy Grand Prix of Alabama presented by AmFirst live at 2.30pm ET on NBCSN, and again more than two dozen IndyCar or soon-to-be IndyCar drivers are expected to compete, including five-time series champion Scott Dixon who missed the opening race at the Glen.

The opening round winner, Dreyer & Reinbold Racing-Chevrolet’s Sage Karam, said he’s been helping some of his more experienced IndyCar rivals who are rather less experienced at virtual racing.

“I just don’t want to give them too much information as I am still competing against them each week from my home,” said the Pennsylvanian who is a regular Indy 500 competitor and who won the 2013 Indy Lights Championship. “If I can help make the overall product more competitive, it will be great for the racing on the screen and the racing fans.”