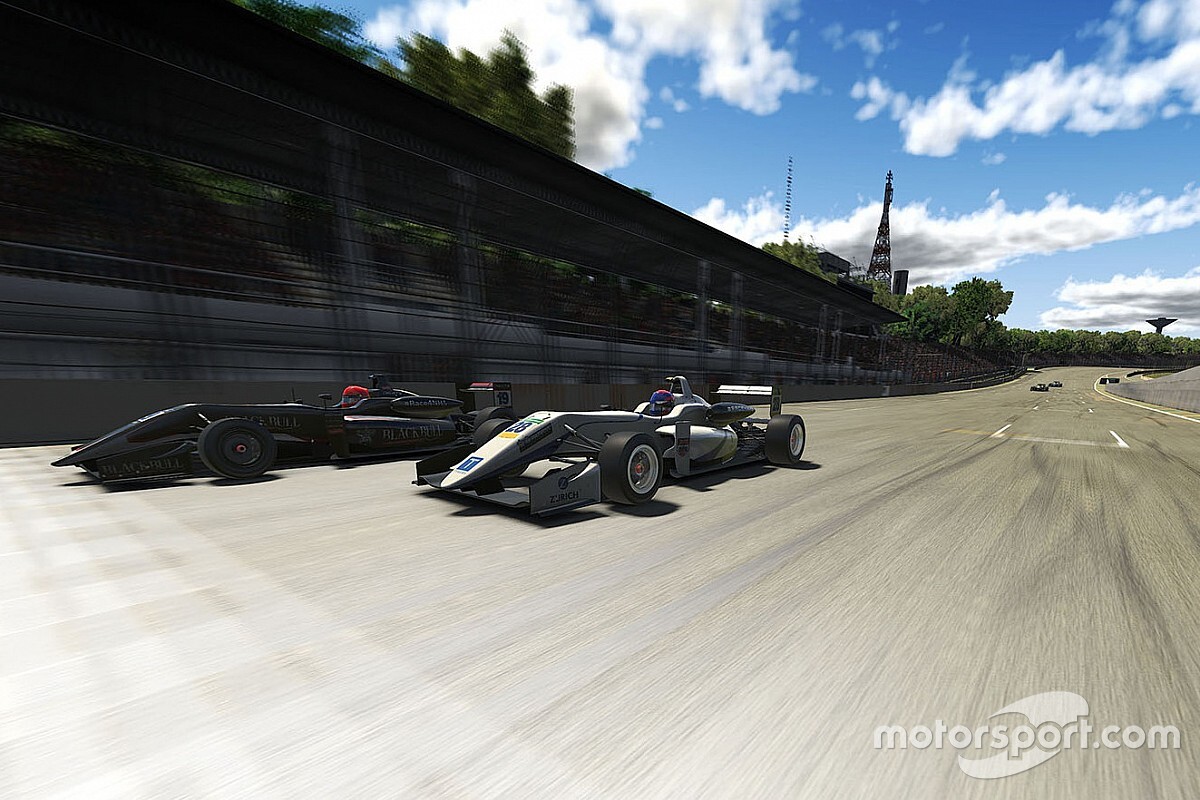 Sandy Mitchell edged DTM rookie Ed Jones by 0.023 seconds to win the final round of the BRDC Esports Championship, which has raised almost £18,000 for the UK’s National Health Service.

The fifth and final round of the iRacing series took place at the virtual Interlagos circuit and featured 32 drivers, including members of the BRDC’s SuperStars and Rising Stars programmes.

The virtual series uses Formula 3 machinery and aims to raise money for the NHS, with the current fundraising total stands at almost £18,000 – far beyond its initial target.

The final race was characterised by a dramatic final lap, which witnessed a three-way battle for the race lead between Formula E’s Oliver Rowland, Audi's new DTM recruit Jones and British GT Championship racer Mitchell. On the final lap of the 25-minute race, Rowland seized the race lead from long-time race leader Jones, who missed this week’s four-day DTM test as a result of travel restrictions which meant he couldn’t travel from his home in Dubai to the Nurburgring test.

Jones then made slight contact with the back of Rowland’s car and the Nissan e.dams driver was sent spinning into the barriers and out of contention for his second win in the series.

20-year-old Mitchell closed onto the back of Jones and slip-streamed past on the long run to the finish line, where he clinched his first BRDC Esports win by just 0.023s.

British GT Championship racer Jordan Albert continued his strong form in third place with his third-consecutive podium finish. The top five in the race was completed by Charlie Fagg, who finished third on his debut last time out at Suzuka, and ADAC GT Masters driver Will Tregurtha.

Rowland recovered from his last-lap drama to finish in sixth place ahead of Seb Morris and fellow Formula E ace Oliver Turvey.

Following an opening lap incident, GT ace Richard Westbrook recovered to finish in ninth place ahead of 2018 Aston Martin Autosport BRDC Young Driver of the Year Award Tom Gamble. 2019’s Award winner Johnathan Hoggard sealed the championship at the previous round at Suzuka where he took his third win in four races.

Hoggard could only manage 12th on the grid, which marked his worth qualifying of the five-round iRacing series. He was then caught up in a multi-car collision on the exit of Turn 1 at the start of the race and Hoggard ended up finishing down in 21st place and a lap down.