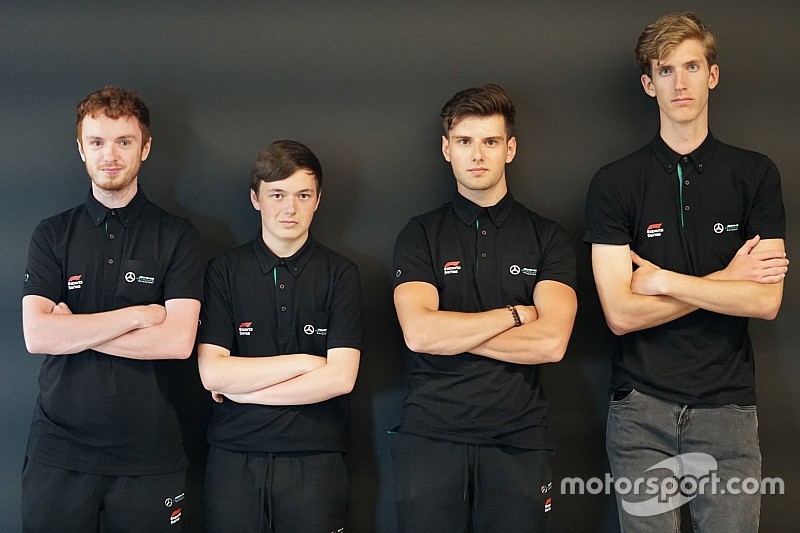 Leigh, who defeated Fabrizio Donoso Delgado and Sven Zurner in a controversial final last year, will defend his drivers’ championship with Mercedes.

“The pressure is somewhat enormous to defend this championship,” Leigh told Motorsport.com earlier this year.

“I’m going to walk into the finals with the biggest target on my back, that I’ve ever had in my life. The intensity has risen tenfold.”

The team will be based at Brackley alongside its real-life F1 team, in a “purpose-built eSports training centre, which will provide the team’s gamers with state-of-the-art facilities and equipment to develop their skills.” - a statement from the team said.

They will be based in the same building as the ‘F1 Driver in Loop Simulator’, “where F1 and development drivers provide feedback to engineers on a virtual model of the car.

“The eSports programme will benefit from transferable elements pertinent to optimising car set-up and honing racecraft," the statement read.

“The programme also focuses on human performance and will give the eSports team members access to the on-site Performance Centre covering the core areas of nutrition, physical conditioning and wellbeing that support the gamers in reaching their full potential.”

The quartet will start competing in October in the next stage of the F1 2018 eSports series.