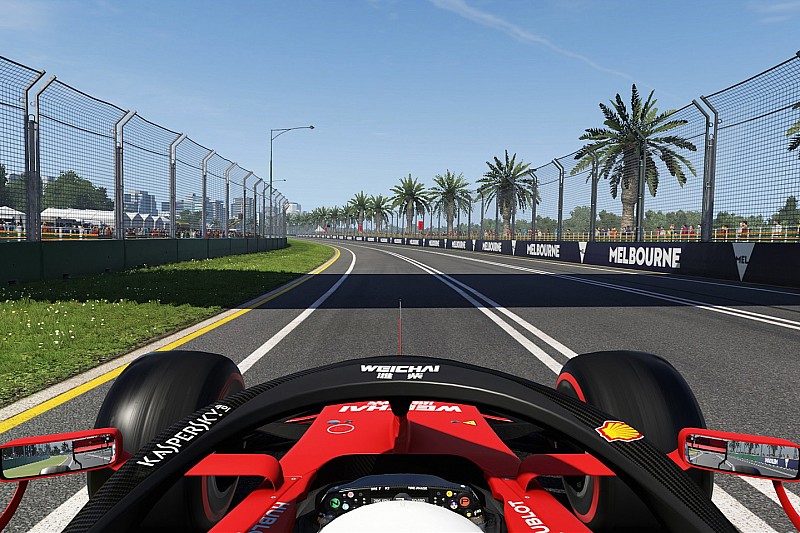 However, a five-place grid penalty for a collision in qualifying for Lungaard promoted Leclerc to pole.

Leclerc used this advantage to build a comfortable race lead on the opening lap, a lead that he would maintain for the entire 29-lap race.

“It was unbelievably hard,” Leclerc said after the race. “I’m sweating like crazy. Great race. Eight days ago [I bought the game], but I put quite a lot of hours into it. At least five hours each day.”

He won the race over 14 seconds ahead of Lundgaard, who took second place from Charles’s brother Arthur when the pair came to blows on the eighth lap at Turn 1.

Lundgaard took to the grass on the exit of the corner, but recovered to the track soon after, to take second place while Arthur ended up in the gravel and fell to fourth place. Russell ran second early on but a spin at Turn 1 on lap five dropped him behind Lundgaard and Arthur Leclerc, before his own mistake.

Red Bull’s Alexander Albon climbed to third on the opening lap before spinning of the exit of the high-speed Turns 11/12 down to 15th place.

He recovered to finish in eighth place ahead of popular streamer Jimmy Broadbent and 2020 F1 rookie Nicholas Latifi. 2009 F1 champion Jenson Button just missed out on a place in the top 10 in 11th place.

The next Virtual GP will take place in two weeks’ time at the virtual Shanghai circuit.