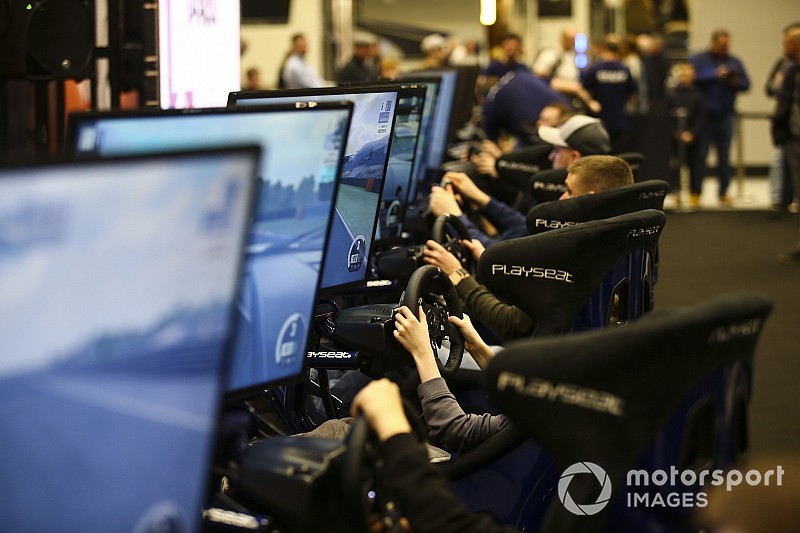 The field for the Le Mans Esports Series final that will take place at the World Endurance Championship's Le Mans 24 Hours season finale is almost complete.

The LMES was split into three regions Europe, Middle-East and Africa (EMEA), the Americas and Asia and Oceania; encouraging competitors to join from across the globe.

This season's competition featured on-site qualifiers at the 2018 WEC Fuji event and the 2019 Autosport International Show (pictured above) that allowed visitors to turn up and attempt to book their trip to the Le Mans Super Final.

In addition, two wildcards selected by the LMES organisers will soon be announced and make up the final grid for the Super Final slated to take place during the Le Mans weekend on June 14.

The winners of the Super Final will take to the real-life Le Mans podium and celebrate their share of the $100,000 prize money.

The inaugural Super Final event will be located in the ACO Fan Zone during the iconic 24 hour race.

In a bid to spice up the competition, a number of items such as a budget system which forces teams to make tough decisions on their machinery throughout the competition are part of the challenge.

Get to know the eNASCAR Heat Pro League Ganassi drivers