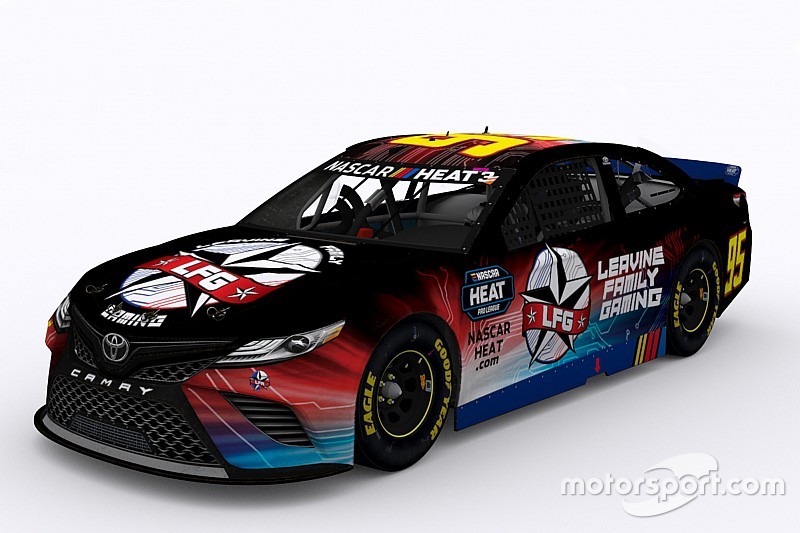 The first round of the eNASCAR Heat Playoffs was held Wednesday night with Josh Harbin (ThAbEaR_95) picking up his second win of the season for Leavine Family Gaming in the Playstation 4 division.

Harbin started second and remained near the front in the action-packed race featuring all 14 drivers competing on NASCAR Heat 4 for the first time.

Harbin took the lead with four laps to go and held off Gibbs Gaming driver TJ McGowan/Voltage20_ for the win.

I feel nostalgic tonight being the first ever win in the playoffs and on NASCAR Heat 4,” said Harbin. “What a dogfight at the end. I hope everyone enjoyed the race.”

Harbin felt the key to the race was having the right set up on his car and keeping his car out front.

“Honestly maintaining the tires was the difference for me,” added Harbin. “With this new package the tires are everything When I came out of pit road and I stayed with the No. 14 (SHG_HotRod_14p) and when we pulled up to the No. 8 (Sloppy_Joe_YT 8) and it was game on after that.”

In the first playoff race of the night Justin Brooks (mrTRACKBAR33) dominated the early part of the race and rebounded late to pick up the win.

Brooks was able to hold off Roush Fenway Gaming driver Nick Walker (wowTHATSgarbage) to win the Xbox One division feature.

The 37 Scott Comfort Plus Chevrolet was fast here at Las Vegas (Motor Speedway) and I found something early before anyone else did and didn’t make any changes up until race day,” said Brooks. I had a fast car and I was a little loose at the end and I tried to cool my right rear and Garbage got up there to me.

“We’ve had a few rough weeks and I told my teammate Rowdy I was going to go out there and do my best.”

With Tedeschi and Rothgeb both scoring top-five finishes Team Penske Esports was able to remain in front of the points standings by 10 points over Roush Fenway Gaming (1,638-1,628) with Stewart-Haas Gaming one point back in third. The win by Harbin helped Leavine Family Gaming move into fourth with Gibbs Gaming sitting fifth after one playoff event.

The eNASCAR Heat Pro League will return to action in two weeks for Round 2 of the playoffs at Kansas Speedway.

Gamer Gasly wants to get more involved in sim racing

Rasmussen closes on Ferrari's Tonizza in second F1 Esports round