What happens when a journalist takes to the track on an online racing simulator with a professional? Read on to find out.

It happened again. I lost to a professional race car driver on iRacing.

Yep, who would have guessed it. I chose a car that I feel comfortable and competitive in. I also ran a handful of laps testing the night before. It still wasn’t enough.

Turns out Dion von Moltke is faster than me too.

The 23 year old driver, who has left a big mark on the ALMS and Grand-Am community already in his young career, accepted a request from me to run a short practice session and short race, all the while chatting about his career, the state of the sport, and generally anything racing. 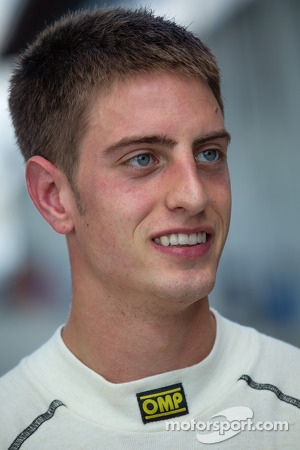 Honda HPD prototype was the car. Lots of downforce, great power and fantastic deceleration. Considering the Petit Le Mans was just over, why not Road Atlanta.

Von Moltke got his start in racing at the age of 13. After moving around a lot in his earlier years, his father bribed him with either a gaming computer or a kart.

“My dad was open withme and said I am going to bride you right now. Not many 13 year olds would turn down a kart,” he said.

We snap forward all the way to January of this year, when he crossed the finish line at the Daytona International Speedway driving an Audi to victory of the 24 Hours of Daytona.

It’s a huge accomplishment to win any race, anywhere, but there are a few crown jewels in racing that are the target of many a driver. Von Moltke won that race at age 22. Oh and did I mention he also won the 12 Hours of Sebring? He guy is an incredible talent. 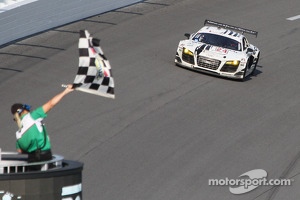 “The emotions going through it all were indescribable,” said von Moltke. “Walking in there, and the three guys that were next to me were some amazing drivers with some amazing success.”

He described the situation before that race, how he didn’t really have a concrete opportunity with Grand-Am or the 24 Hours, but called on Alex Job for…well…a job.

“I had a good relationship with Alex Job at the time… I remember how badly he wanted to win that race,” he said.

The Alex Job Racing team drove an Audi R8, with customer support through Audi, meaning the bigwigs from Germany come over and tune the car, work through setup, strategy and performance with the team.

“Their focus on the details, the meetings we had, meeting after meeting, focusing on all the smallest details, from the drivers to the crew to the engineers to the management. Everyone was focused on one goal, and that was winning the race. When you are racing at the Rolex at Daytona, against he competition you are up against, you have to perfect those small little things that won't necessarily win you the race, but if you don’t do them, it will guarantee you won’t win the race,” he said. 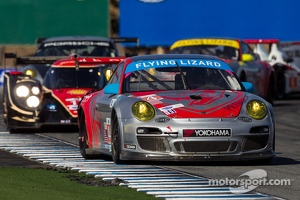 “I remember that first driver change where Dr. Ullrich is standing over you watching, that puts a lot of extra pressure on you.”

He spent much of this past year running in both the Grand-Am series, and the American Le Mans Series, with the Flying Lizard Motorsport team, and even took the team to the podium.

“We will definitely be back (with Flying Lizard Motorsports),” said von Moltke.

“We are all looking forward to next year. It’s going to be one amazing series. All four classes will be epic.”

We moved on to talk about the tough situation in racing today. With the fact teams are asking drivers to bring their own money, even with some big team today, von Moltke said nothing is ever handed to you, you have to work hard and perform on track.

“You are only as good as your last race. That saying couldn’t be more true. Every time I am in the car it matter, it matters a lot. It’s so hard at times because there are so many good drivers that you have to be working really hard to remain out there,” he said. 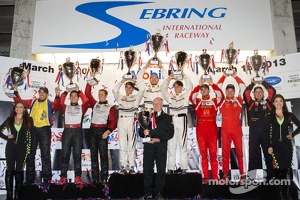 “There are two big steps to becoming a successful race-car driver. You go from being the guy who pays for his seats. Then you can get in a position where you can drive and don’t have to pay for your seat. Then there are gentleman drivers who either pay to do this or bring some sponsorship. Then there is the point when you are actually getting paid to be a race car driver. That last step is the hardest step.”

Von Moltke is lapping Road Atlanta at about a 1:10.000, with his career best in that car being in the 1:09.000 bracket. I am lapping considerably slower, with my best time being a 1:13.000. I am optimistic however, as the defending GT champion of the 24 Hours of Daytona just offered his setup to me..

“Lower to the ground, less downforce,” he says.

All I can think is this isn’t going to be good.

Stay tuned for the conclusion of iRacing with Dion Von Moltke.