After what will be over a two-year hiatus since the 2019 reboot, Codemasters – and now EA’s – action-fuelled racing game franchise returns early next year with GRID Legends, and the emphasis is very much on accessible, explosive, driving fun.

Your computer-controlled rivals jostle for position, succumb to pressure, become your Nemesis should you clash and suffer from mechanic maladies. There are up to 22 cars on the grid and the racing is hectic.

To sit alongside this is a profusion of game modes and options, from a narrative-led campaign, called Driven to Glory, to a custom scenario spawning Race Creator, cross-platform online multiplayer and a traditional team-building career. There’s even a ‘Hop-in’ option, where friends can join your single-player race over the network and take over one of the AI competitors.

Codemasters has thrown the kitchen sink at this game, and it is keen to highlight facts such as the most routes ever to launch in a GRID game, over 130 vehicles from launch and more event types than I’ve had hot dinners.

While that’s nice on paper, the main drawback in my opinion to the most recent entry in the franchise wasn’t the venues, the cars or your opponent’s brio. No, it was the vehicle behaviour.

Ergo, the critical element to address with our brief hands-on time with GRID Legends isn’t the fripperies – although, they are clearly an important factor in the final release – but the core driving experience it’s all built upon.

We were able to try out 12 pre-made races, covering vehicles such as the Aston Martin Valkyrie, AC Cobra and Super E electric single-seater on PC, with a controller and a wheel peripheral. 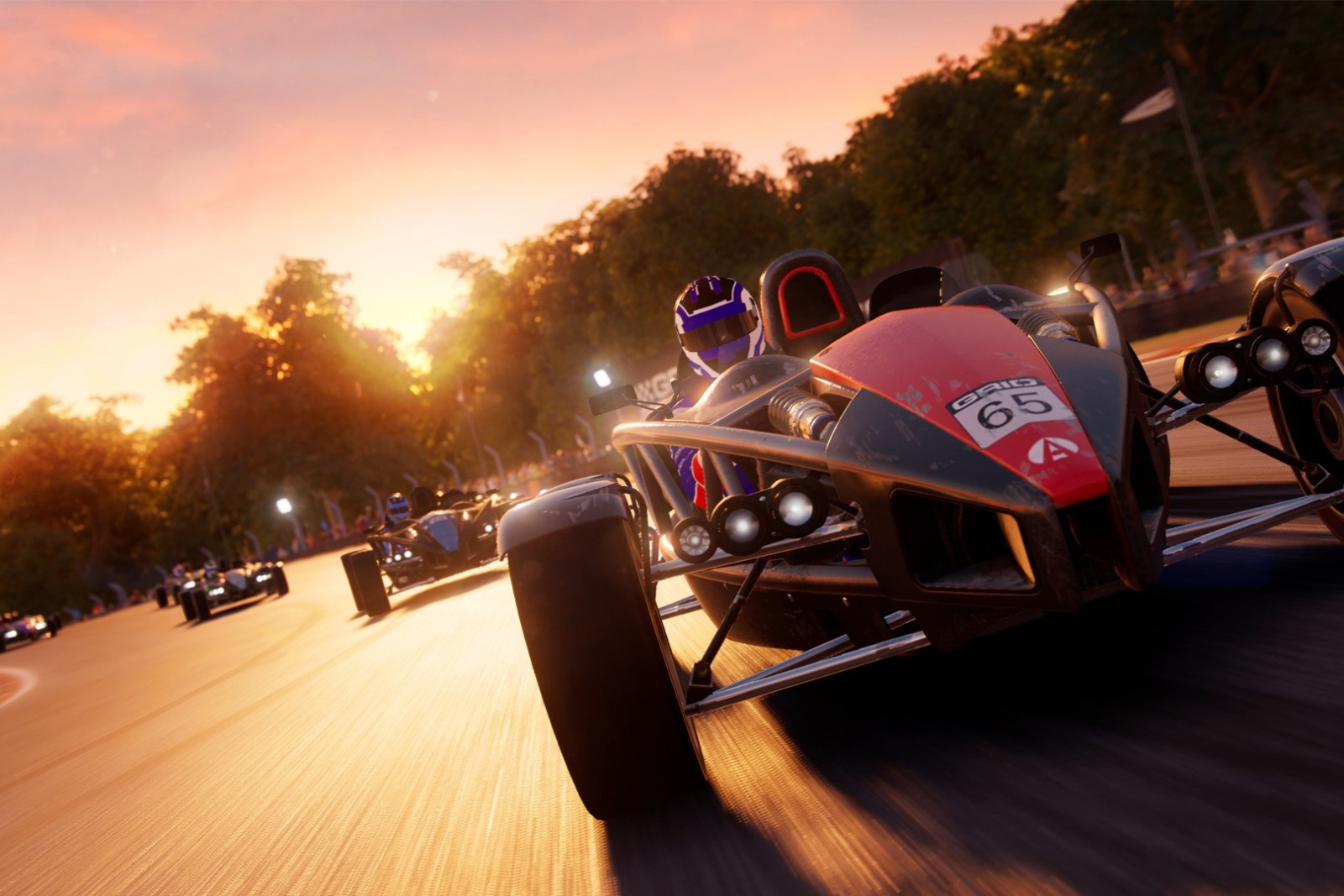 My initial reaction was that the cars felt more planted, with a greater sense of weight and individuality between the wildly different types. Getting to grips with each is surprisingly challenging.

A Stadium Super Truck, for example, leans heavily on its outside rear wheel when pitched into a turn, but has enough torsional rigidity to lift the inside front wheel simultaneously. The result is like trying to ride a three-legged cow, but after a few attempts, you start to develop a unique driving style to manage the behaviour.

I never really felt like I needed to spend time learning handling characteristics in 2019’s GRID, and thankfully also gone is that game’s tendency to spin on street-circuit kerbs – something that was masked by driving assists but came to the fore once you started easing them off.

Make no mistake, GRID Legends is not a serious game. You will not be tweaking camber angles. But a driving game still needs to make you feel connected, regardless of where it sits in the genre, and GRID Legends is a marked improvement. 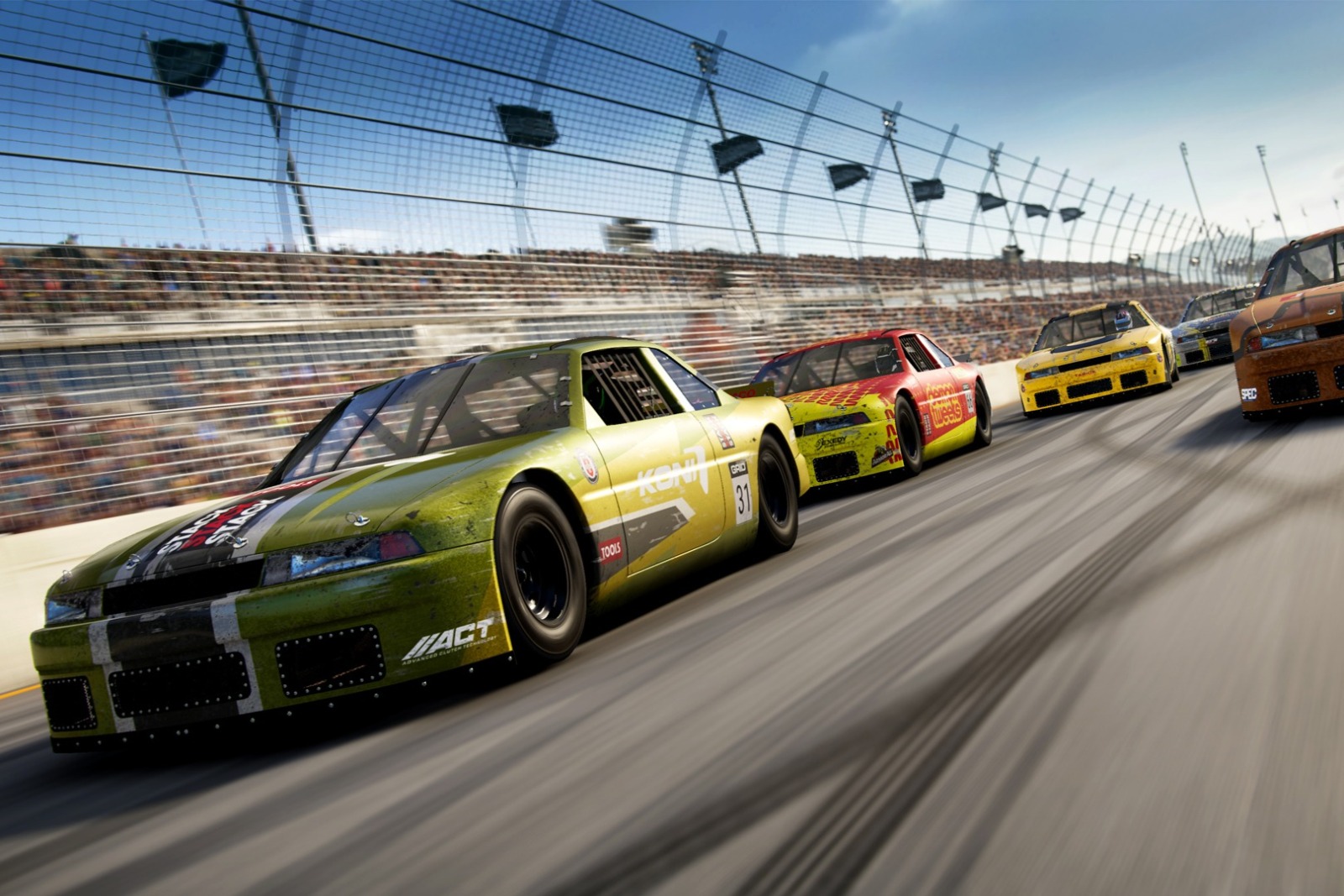 The fact that every single car has multiple interior viewpoints to choose from and there’s support for sim racing wheels shows that the systems in place are robust.

Creative Director at Codemasters and EA, Chris Smith explained that GRID Legends is a racing game “for everyone.” Usually, when you hear expressions like that, you may be thinking about accessibility for those who don’t race often, but he then went on to say, “this is a sim racer’s guilty pleasure”.

You can play it with your full sim rig setup as a fun blast that just happens to work with your equipment.

As for difficulty levels, AI consistency and damage levels, it’s too early to say. Likewise, we haven’t seen are tried the mixed-reality story that brings to life GRID regular Nathan McKane or the separate career that includes over 250 races. Crucially, that now also includes team management and car upgrades paths for additional depth.

What I can say is that the all-new fictional race circuit Strada Alpina is enjoyable, with the Alps in the background, the engine notes are spot on and there’s this overall sense of occasion. As if this entire racing scene has been created to pulsate your senses and dilate your pupils. 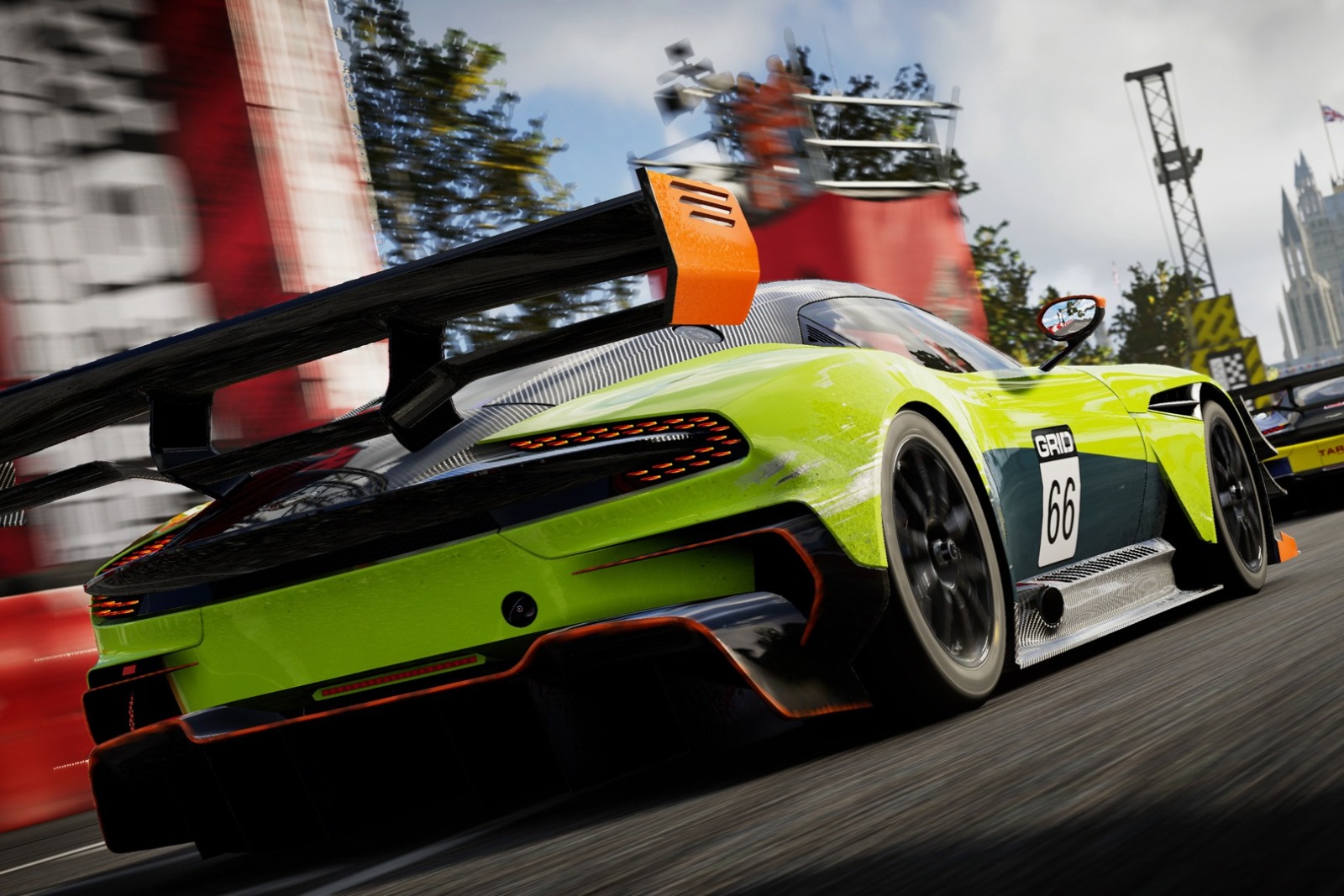 On the flip side, while there are undoubtedly many circuits and when you included shorter, longer, reverse, drift, jump, electric boost and presumably upside-down variants the number of routes is ginormous.

Alongside the mountainous new Italian venue, are new London and Moscow street circuits. While London looks resplendent at night and Moscow in the snow, a new weather condition, the latter‘s actual strip of asphalt is hard to distinguish from existing locations. There’s a litany of returning favourites, and for those new to the series, or returning after a hiatus, that’s great. But if like me you’ve played the last two, you’ve already driven thousands of laps around most of the attractions.

This will be expanded upon with a year of post-release downloadable content, some free, some for ‘Deluxe’ players and including cars and tracks – much like the support for Codemasters recent release DIRT 5.

Under the hood, there’s a lot of repurposing going on, and despite it coming to PS5 and Xbox Series X, you can tell visually that this has its roots within something from a prior generation or two ago. Unmistakably a game from this series. 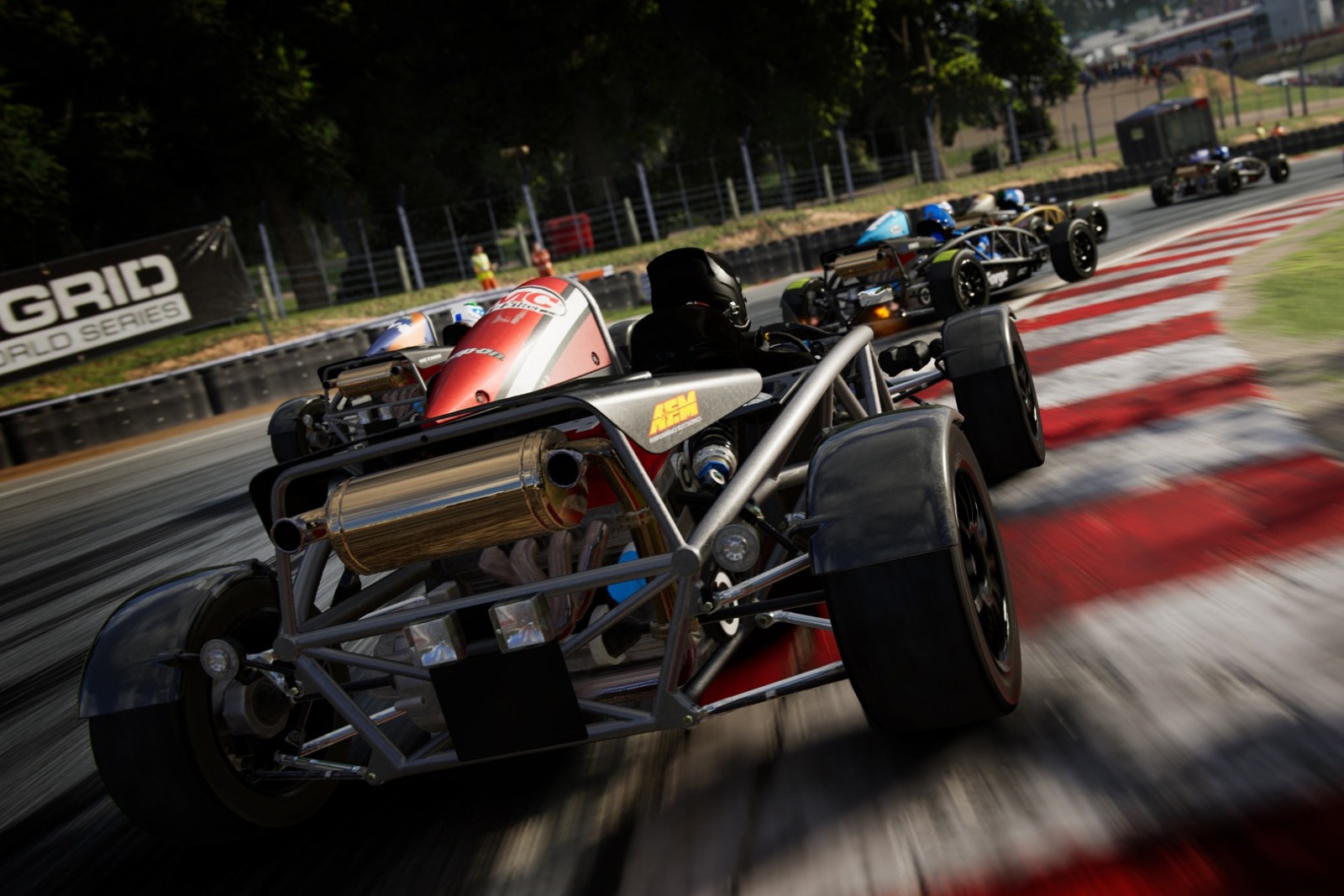 GRID Legends sets its stall out nice and early. The formerly TOCA, TOCA Race Driver and Race Driver: GRID lineage has now metamorphosised from a real-world aping title into a trilling explosion that focuses on pack racing and pyrotechnics. Yet, now, there is real depth to the way the cars drive and on paper, the event variety and progression systems sound like they add longevity.

If Driven to Glory story is enthralling and the online modes incentivised appropriately, then GRID Legends has all the hallmarks of an adrenaline-pumping joyride. We’ll let you know if that comes to fruition in February 2022…