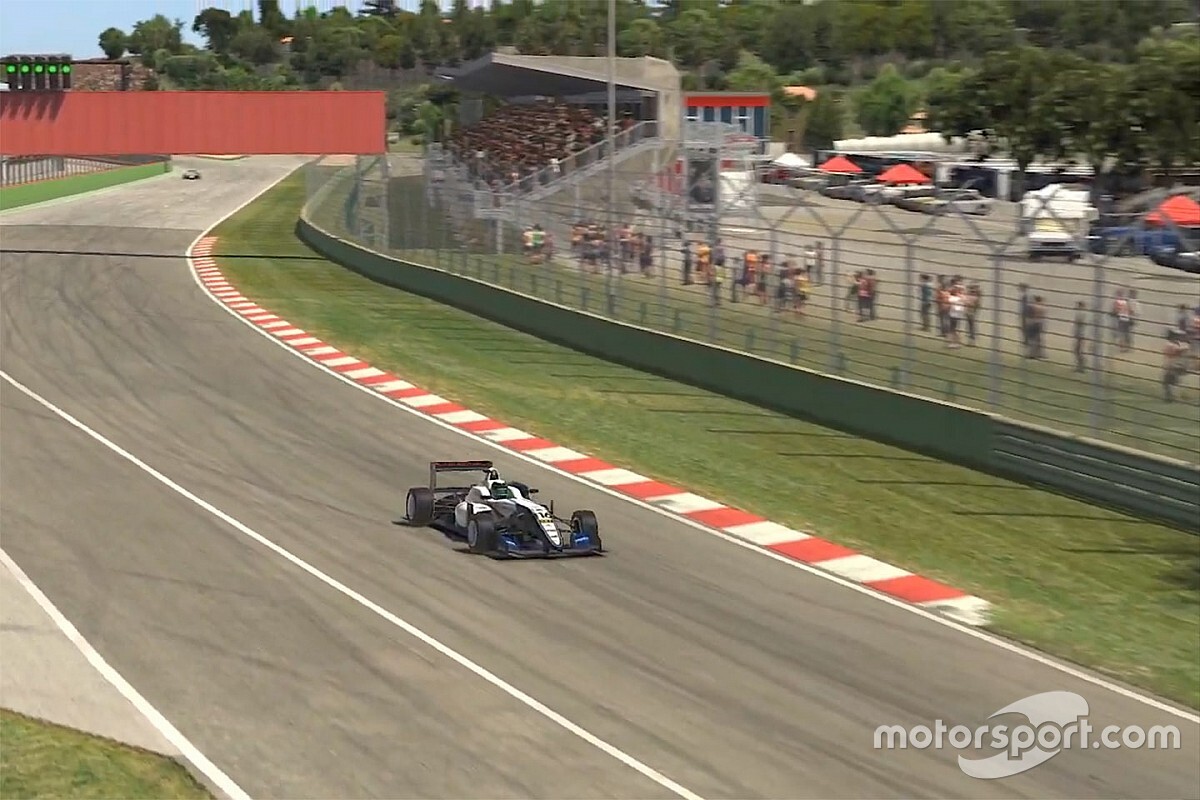 Harley Haber is now the overwhelming title favourite for the inaugural ARG eSport Cup after a win and a second at Imola, while Ash Sutton broke his Formula 3 "curse" with a controversial victory.

Haber was unstoppable in the TCR race, converting pole position into a comfortable race win.

There was some light pressure from the likes of James Golding, Cody Burcher, Sutton and Jaden Ransley in the early stages. But once out of the tow the points leader was able to gap the field, his winning margin a handy six seconds by the finish.

"The tow is quite powerful around here, there's a few decent straights where you can get a bit of a gain," said Haber.

"So even if you pull away in the corners, within two seconds you'll get a tow and it bought the boys closer and closer. But it was good to break that gap at the end and after that I was just driving away."

The battle for second was much closer, despite Burcher running wide and dropping outside the Top 10 after a handful of laps.

That still left Golding, Sutton and Ransley locked in battle, second position only decided on the penultimate lap when Golding copped a slow-down and Sutton was able to charge on through.

Golding held on to third ahead of Ransley.

A move to Formula 3 hardware for the second race produced a thriller between Sutton and Burcher.

The pair were inseparable for the first half of the race, the lead changing hands a number of times.

However they got a little too close for comfort heading into Tamburello mid-way through the race, contact leaving Burcher with enough damage to take him out of the running.

The Formula Ford regular wasn't happy either, acknowledging that ping speeds between Australia and Sutton's UK base had probably contributed, but calling on the British Touring Car Champion to have better taken that into account.

"He was running into me a lot, I don't know if it was netcode or if it was just him," said Burcher.

"It's a bit a annoying, but what can you do? If he's from England and he has that netcode issue, you'd think he'd take that extra bit of caution. It's disappointing, but you can't change it now."

Sutton, who won by eight second, conceded the connection was an issue, but that over the course of the campaign it had done him more harm than good.

"Unfortunately [it was] a bit of netcode," he said.

"Netcode seems to be the devil for me, it seems to have ruined this championship campaign and you just saw a prime example of it. It's a real shame because it was a good battle to that point.

"But to break the F3 curse is nice. It's just a little bit too late in the championship, the damage has already been done."