Get to know the eNASCAR Heat Pro League RCR drivers 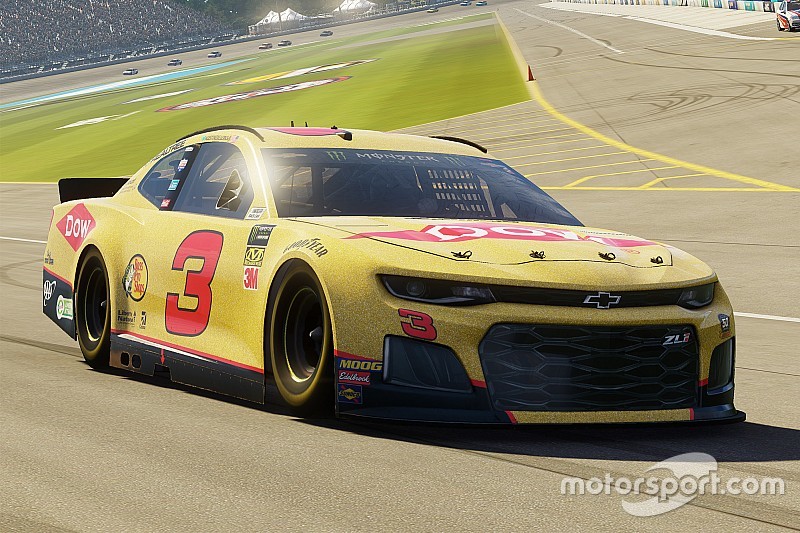 Ahead of the season-opening race to be held Memorial Day weekend, Motorsport.com will feature drivers from each team that were drafted earlier this year.

The drivers, one each selected to participate in the PlayStation and Xbox divisions for all 14 participating NASCAR teams, will compete in the 16-race season.

The next team to be feature is the Richard Childress Racing race team and their two first draft picks Jordan McGraw and Joey Stone.

How much has gaming expanded or added to your interest in NASCAR?

I've played NASCAR games since the Nintendo 64 days, so I've definitely turned a lot of virtual laps in my time. That ability to insert myself into the world, even if it's been in a fictional sense, has absolutely expanded on both my knowledge of and my interest in the sport. It's a way to learn about drivers and paint schemes, the differences between each track -- however major or subtle -- that make each location unique, and even how setup options and in-race adjustments change the balance of the car. Racing games a very unique learning experience on top of allowing myself to channel my competitive spirit in a fun and engaging manner, and that just builds upon my fandom for the racing on the weekends.

Why do you prefer using Xbox?

I started out SIM racing on the Xbox 360, so that's where the online friends I've made along the way and the folks I enjoy racing with are. (Also, that's where all my gamerscore is, but that reason is probably a little silly). I do own a PS4, but I use it exclusively for, well, the console's exclusives.

What made you decide to try out for the eNASCAR Heat Pro League?

It was just a fun way to compete against folks I normally don't race with a lot, or ever. It was also a much needed opportunity to learn how to make setups, and that gained knowledge and experience has made me far better at the game than I was six months ago.

A 16-race season is a long one. How do you plan to approach the races and get yourself in position to make the playoffs and eventually win the first eNASCAR Heat Pro League Championship?

The very first goal is to have fun and enjoy myself. This is an awesome opportunity to compete against the very best drivers the NASCAR Heat community has to offer, and my hyper-competitive nature is just itching to get out on the track with these guys. At the same time, I still have a lot of room to grow as a racer and as a setup maker, so I feel it's important for me to stay humble, hungry, grounded, and to just continue raising the bar on what I'm capable of. But that all begins with understanding what a cool experience this is going to be and appreciate it; considering I'm getting to sim race professionally while representing a race team I've admired and cheered for since I was ten years old, how could I not?

Well, for one, I'm slowly inching my way toward the group of people who believe seasons seven and eight of Game of Thrones are a total disaster.

Seriously, though, I have a few things to offer. I played basketball in high school, I spent ten years in Lubbock attending Texas Tech University and looking for work. In the early 2010s, back when they were a website for bloggers and amateur writers, I wrote some pieces about NASCAR for Bleacher Report. I have a (probably) strange appreciation for movie trailer music, which is the perfect background sound for working in my opinion. However, I regret to admit I am NOT related to either Tim McGraw or Dr. Phil McGraw. Or Quickdraw McGraw, for that matter.

How much has gaming expanded or added to your interest in NASCAR?

Gaming only influenced my passion for the sport. It makes me want to be the best esports NASCAR driver.

Why do you prefer using PlayStation 4?

I love using playstation because I have more comfort in the controller than xbox when it comes to driving.

What made you decide to try out for the eNASCAR Heat Pro League?

My dreams of becoming a NASCAR driver never came full. I knew this would be my opportunity to prove what I can do behind the wheel even it's not a real stock car. I knew I could make an impact on the NASCAR Gaming world.

A 16-race season is a long one. How do you plan to approach the races and get yourself in position to make the playoffs and eventually win the first eNASCAR Heat Pro League Championship?

16? I wish it was 36! I’m going to schedule  out to not over work myself. Even when its gaming, eye coordination and fitness is a benefit for myself. I plan to do coordination exercises and stay fit so my mind can be at the top of its game while on the track.

I owned and ran my first ever racing league at the age of 15. I am a Twitch Affiliate. I marched for the University of Alabama Drumline.