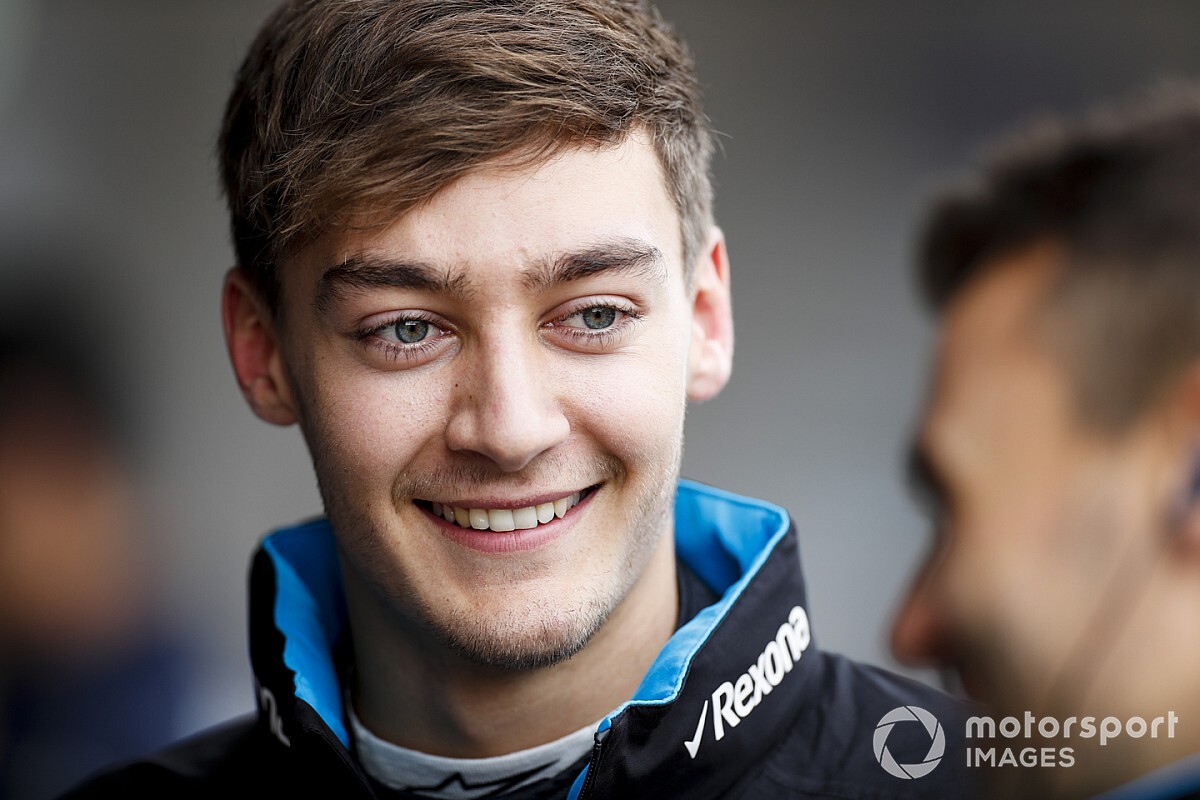 Russell, who sealed the unofficial title after Charles Leclerc elected to skip the final round to concentrate on his 24 Hours of Le Mans Virtual debut, led almost every lap from pole position. He took pole and maintained his lead on the opening lap of the final virtual F1 race before the real-life season resumes next month, as chaos ensued behind with a multi-car collision.

Among those affected by the incident was Haas F1 reserve driver Louis Deletraz, fresh from winning the 24 Hours of Le Mans Virtual for Rebellion-Williams Esports.

Russell raced into a comfortable lead and only lost his race lead at the pitstops. Russell was the only frontrunner not to receive a single corner-cutting penalty. Red Bull F1’s Alexander Albon survived internet connection woes to come home in second place ahead of Mercedes reserve Esteban Gutierrez.

Albon picked up nine seconds of penalties for track limits abuse, but Gutierrez was also punished, which meant Albon was able to hold onto his second consecutive second-place finish. Russell’s Williams team-mate Nicholas Latifi was fighting for third place until he crashed at the final corner and ended up dropping to ninth place.

Daly was caught up in a collision at the final chicane with Mercedes’ Anthony Davidson, but he was able to fight back into the top five such was the frenetic nature of the race. Another Renault junior Guanyu Zhou, who won the inaugural Virtual GP race in March, took sixth place on his third appearance in the series.

Latifi recovered from his crash at the final chicane to finish in seventh place ahead of ex-F1 driver Davidson, Ferrari junior Callum Ilott and FIA Formula 3 driver David Schumacher. In his second Virtual GP appearance, AlphaTauri F1 driver Pierre Gasly was disqualified out of ninth place in the closing stages of the race after amassing too many corner-cutting penalties.

There was final lap drama in the fight for second place as two-time F1 Esports champion Brendon Leigh and Red Bull’s Marcel Kiefer collided at the hairpin. Racing Point’s Lucas Blakeley was able to claim second with Leigh and Kiefer in third and fourth place.