Following three rounds so far this season, the fourth event visited the Leicestershire venue. Only launching within the rFactor 2 simulation platform in May, the circuit was relatively new to all competitors.

Heading into this race, championship leader Jernej Simončič and the two Team Redline entries of Daytona conquering Kevin Siggy and Spa-Francorchamps victor Jeffrey Rietveld were allocated success ballast, meaning in theory at least, there was an opportunity for yet another new driver to claim a race win.

As the 15-minute qualifying session got underway, it became clear that the high-downforce 800bhp Formula Pro single-seaters were spellbindingly rapid, providing a look at what could have been in 2010 if Formula 1 had visited the venue.

Csincsik set the early marker, leading the field after his opening flying lap. With a third of the session remaining, Dennis Jordan set a new quickest time, only to be usurped once again by the R8G Esports driver with a lap 0.2s quicker than the nearest competitor.

Despite carrying the maximum weight penalty of 10kg, Simončič qualified an impressive third, with reigning champion Bono Huis in fourth and title protagonists Rietveld and Siggy in seventh and 10th respectively. 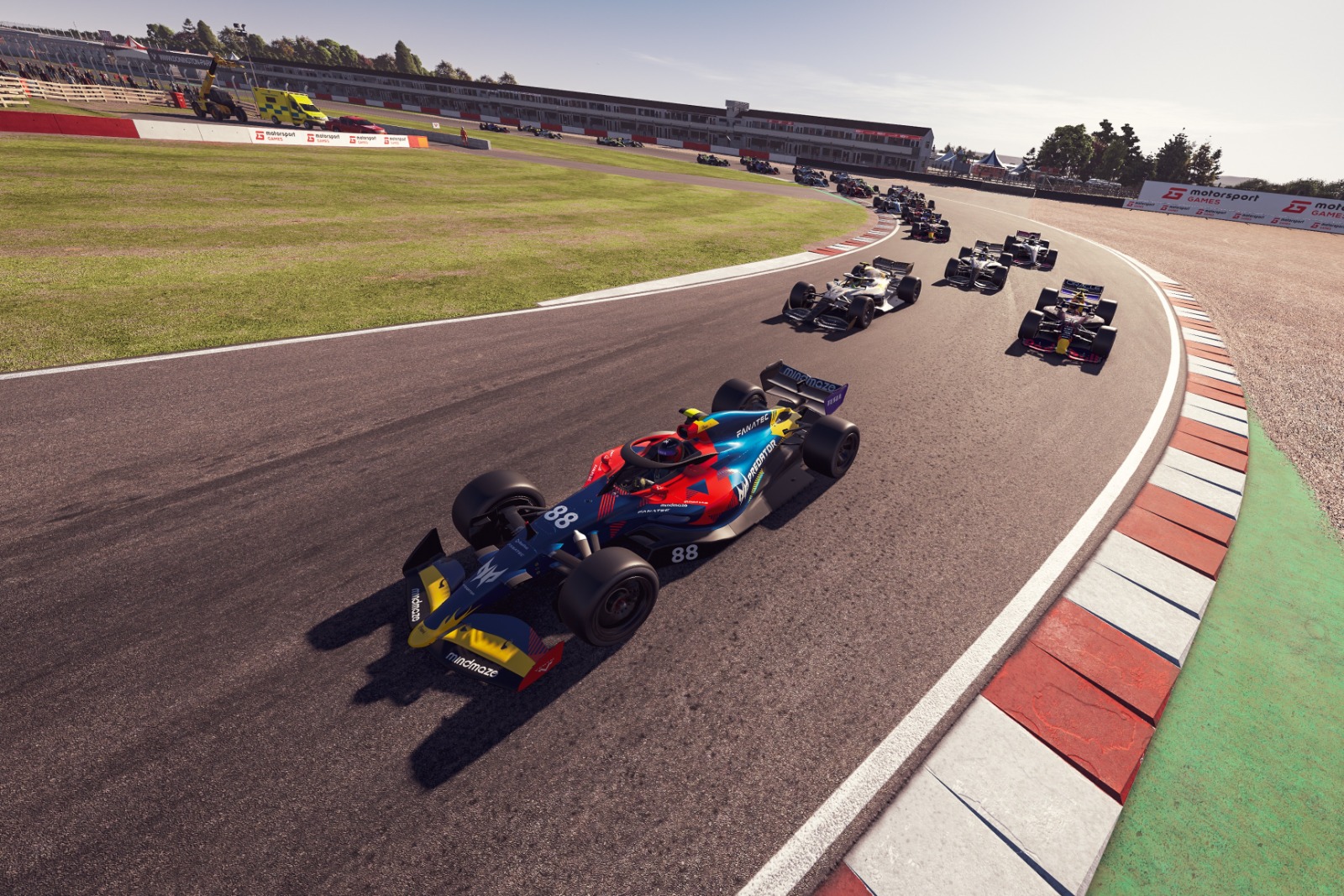 As the 23-car grid raced towards Redgate for the first time – Williams Esports’ Michael Romanidis had fallen ill and missed the start – Simončič made the most of a sprightly launch, nipping ahead of Jordan before the first corner and challenging Csincsik for the lead.

The pole-sitter would prevail, however, as the field screamed down to the Old Hairpin – while behind Burst Esports driver and Simončič’s teammate Michi Hoyer had jumped ahead of Huis for fourth. This forward progress would only last 12 minutes, however, as he suffered an internet router issue and lost 10 laps.

Csincsik romped away in the lead, creating a 6.5s gap over Simončič who was defining against Jordan and Huis – no doubt missing his now-disconnected teammate Hoyer. 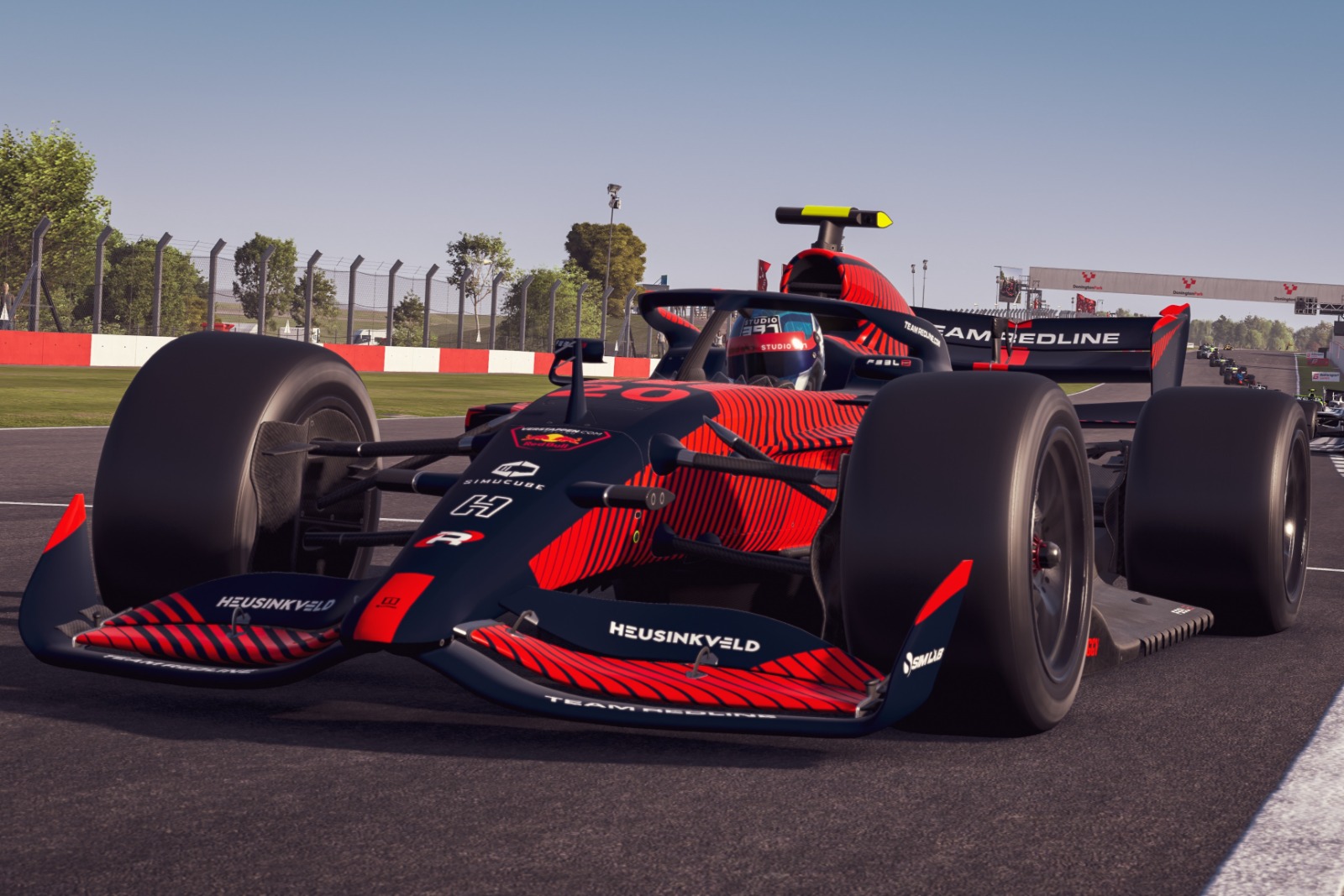 After a subdued opening stanza, with 27 minutes remaining, Collin Spork was the first driver inside the top 10 to complete the mandatory pitstop, opening the floodgates for the other competitors.

Huis would be the first of the second-place squabble to pit, hoping for an undercut. Upon exiting the pitlane, however, he encountered Nuno Pinto, who he promptly dispatched onto the grass at the Old Hairpin.

Two laps later, Simončič completed his stop and rejoined ahead of the Mercedes-AMG driver, leaving Jordan on track with older tyres but clear track. The strategy worked for the Red Bull driver, as he used the push-to-pass system – 60 seconds of which can be used at any time during the race – to set his quickest lap of the race, leapfrogging into second once the pitstops were completed. 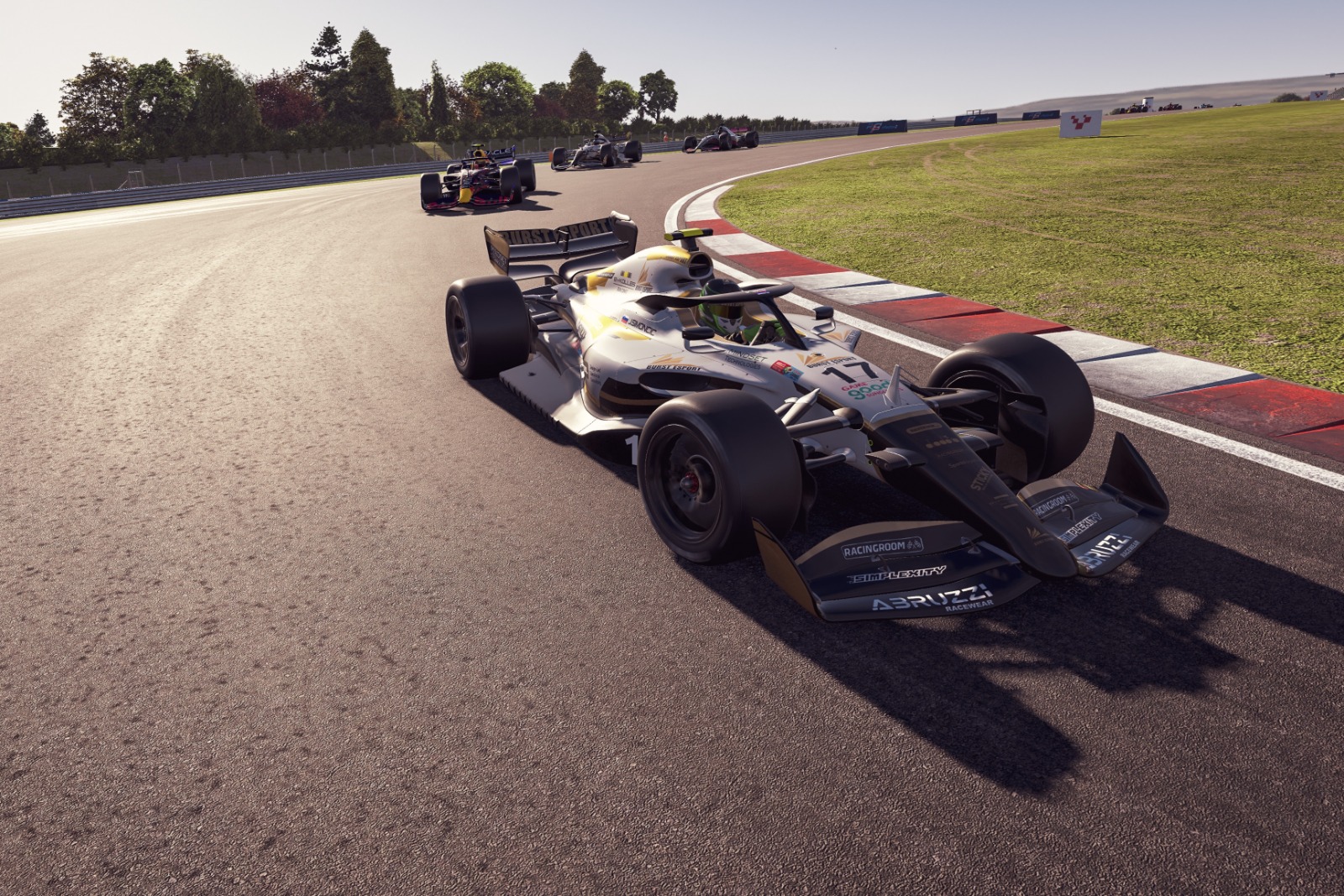 Huis had been steadily chipping away at the gap to Simončič in third before he finally pounced on the run-up to McLeans. Running side-by-side through the corner impacted the championship leader’s run into Coppice, allowing Alex Siebel through. All of a sudden he was only one position ahead of Siggy.

The Redline driver saw an opportunity into the Melbourne Hairpin, briefly locking up the front axle and slamming into the side of his fellow championship contender. The position was his but smartly slowed down to redress the scenario, thus avoiding a penalty.

A lap later, the positions would change once more after Simončič made a small mistake through the Fogarty Esses. Siggy didn’t pull away, however, and while the two battled, Rietveld closed in. Despite some wheelbanging, the positions would remain the same as the race concluded.

Csincsik had led from the start and finished ahead of Jordan and Huis. With Siggy in fifth, Simončič in sixth and Rietveld in seventh, the championship has closed in. Simončič still leads, but only 13 points cover the top six. 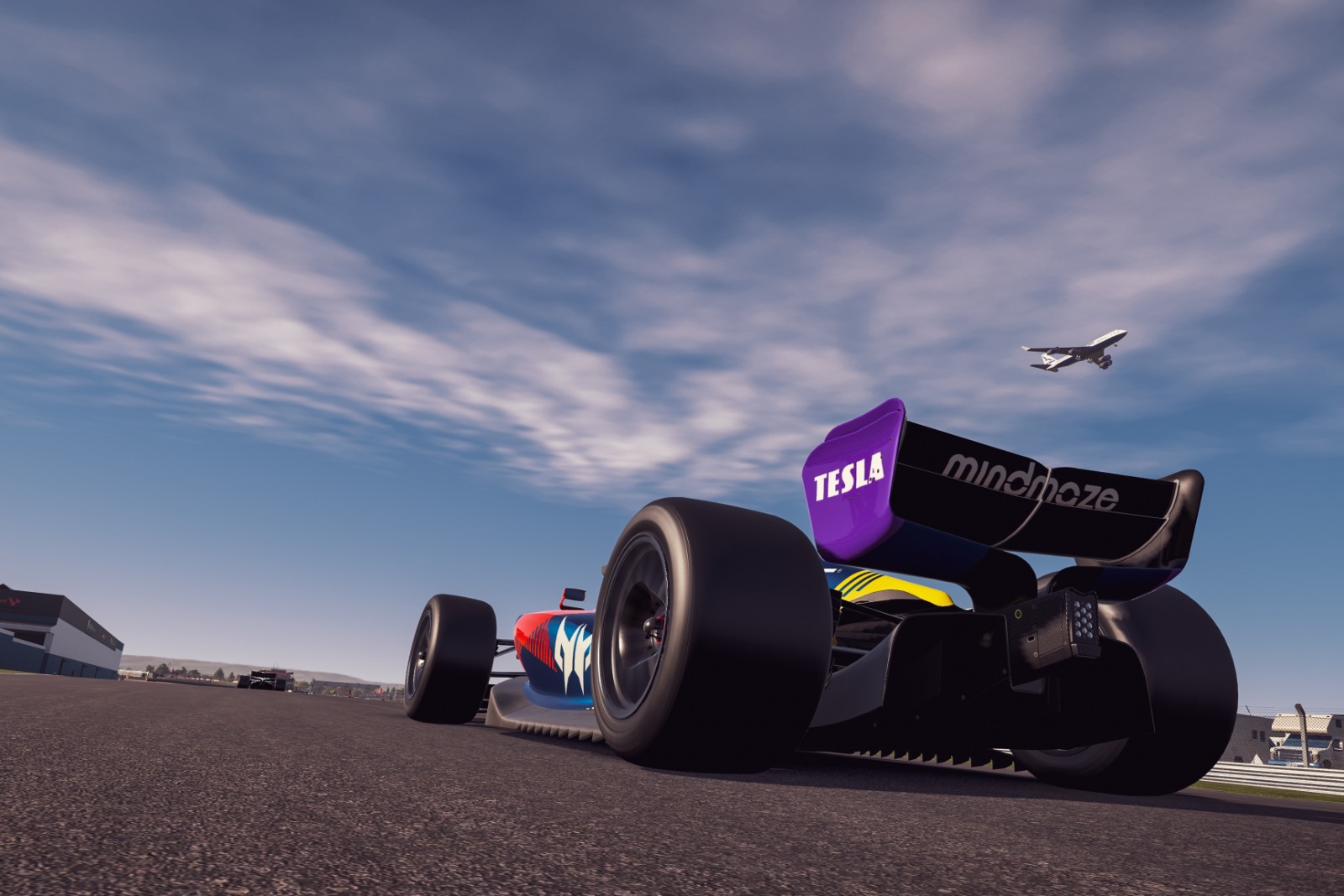 “I was expecting Jordan to get close, he was driving very fast towards the end,” said race winner Csincsik.

“At the beginning, I felt a bit more confident, because my pace was a bit better than towards the end. It was very tough. I’m really looking forward to the next race.”

The Formula Pro Series visits the Monaco-aping Circuit d’Azur next for the penultimate round, 18th July 2022.