Get to know the eNASCAR Heat Pro League JTG drivers 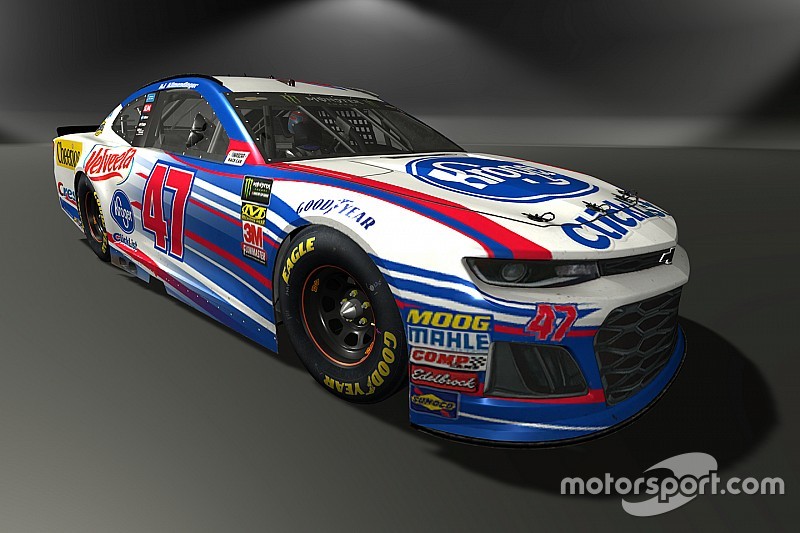 Ahead of the season-opening race to be held during Memorial Day weekend, Motorsport.com will feature drivers from each team that were drafted earlier this year.

The drivers, one each selected to participate in the PlayStation and Xbox divisions for all 14 participating NASCAR teams, will compete in the 16-race season.

The next team to be featured is JTG Daugherty Racing and their two first draft picks Justin Brooks and Zach Onson.

Meet No. 37 JTG Daugherty Racing Xbox driver for the eNASCAR Heat Pro League Justin Brooks, who’s putting the small town of McColl, South Carolina on the map. The 26-year-old is one of the most personable, witty and competitive drivers that owns his own graphic design company called “Justin Brooks Designs.” His company does just about everything from graphic-related T-shirt designs to Late Model wraps, you name it.

Brooks was bit by the racing bug at a very young age, and was crawling around local dirt tracks as his Grandpa Wesley Ellis raced. Rumor has it, Ellis raced against the likes of Richard Petty and Harry Gant before their NASCAR days. Because of his grandpa, he can’t remember a day that he didn’t love racing. Today, he’s either working on cars, going to racetracks, enjoying racing go-karts as a hobby or calling himself a semi-pro spotter because he’s really good at it. He also spots during one of Richmond’s biggest events around the PASS Super Late Model Series, where he enjoys spotting Street Stocks.

With JTG Daugherty Racing owners being animal rescuers, Brooks fits right into the team because he has a big heart for all animals. Brooks admitted that he rescued a four-week-old puppy that showed up at his mom’s home during a winter storm last year covered in snow and starving. He stared at the puppy with big brown eyes that looked like Scrappy-Doo from Scooby-Doo, and instead of putting him up for adoption he saved him and gave him a proper racing name of Lugnut. Some days you can catch Brooks calling him “Lug” for short. He’s close to a year and a half old now.

In between taking care of Lugnut and his graphic design business, Brooks really got into racing competitively on Xbox about a year and a half ago. From iRacing, he changed over to the console and really is honing his Xbox skills. With the eNASCAR Heat Pro League, the South Carolina native knows that he’s going up against the best talent on consoles around the world. He’s more than ready, but he also admits that the drivers can have anxiety just like any racer and it’s important to concentrate. Brooks gives credit to all the drivers competing in the League noting “it’s the best drivers out there doing this and going after it each and every week.”

One of the biggest things that Brooks hopes will come from all of this is that he’s the driver at the end winning it all. He wants to be remembered as the champion of the inaugural eNASCAR Heat Pro League season.  He’s more than ready to represent JTG Daugherty Racing and its sponsors to the fullest while having fun on this journey. Keep an eye on JTG Daugherty Racing’s drivers this season because we’ve got some extremely talented ones.

Welcome No. 47 PlayStation 4 (PS4) JTG Daugherty Racing driver Zach Onson to the team that will be proudly representing The Badger State. The 28-year-old has been racing since he was only four years old. Onson started his racing career in go-karts and it didn’t take long before he transitioned to snowmobiles. In the winter months, the Weston, Wisconsin native and his friends raced just about anything they could get their hands on at an ice oval. It didn’t matter if it was a go-kart, a snowmobile or a four wheeler, they would lay some ice down and put screws in the tires to race the ice.

Onson eventually got involved in stock car dirt racing that led to racing for a four-cylinder team called Seliger Motorsports on asphalt. He raced for the team at State Park Speedway in Wausau, Wis. and then he expanded into the Midwest. Onson is a true racer and he’s always trying to find ways to race all four seasons.

The PS4 driver started gaming about four years ago when he was trying to find more things to do as it turned cold. When he heard about the eNASCAR Heat Pro League, he knew he wanted to be a part of the team and play an integral role especially since he knows eSports is big right now. When he was selected in the draft, it didn’t sink in right away and his wife Caitlin had to assure him over the phone that he got picked and that this was truly happening.

Onson admits he wants to make some noise during the eNASCAR Heat Pro League season and he’s focused on winning it all. He doesn’t want to settle for anything less than a championship. To be the first champion would be a great honor for him and make the experience even that much more worthwhile.

There are many things Onson enjoys about this opportunity and one of them has to do with the camaraderie of racers. It’s a sense of community and he’s met a lot of great people in person and on or through the game. The relationships grow and everyone begins being friends outside of the everyday gaming life. Onson did say however that when the green flag is flying in the air, they’re each no longer friends and it’s every man for himself. There is raw emotion and there may be some days where competitors are not happy with each other, but at the end of the day they will be right back together as friends chatting about the race and understanding each other’s situation.

Onson is looking forward to the journey to battle for wins and ultimately a championship. Onson acknowledges that eSports is a great place to start racing because you’ve got to start somewhere and what a great place to start. When Onson is not racing, he spends a lot of time with his two-year-old and five-year-old daughters and his wife Caitlin. Onson admitted that both him and Caitlin are in trouble because their oldest one has been begging them for a go-kart and he assumes his younger daughter will be asking soon enough. Maybe his daughters will be the next generation of drivers for JTG Daugherty Racing in the eNASCAR Heat Pro League. Stay tuned.

*The online league features 14 teams and 28 drivers, each owned and operated by prominent NASCAR teams, and will begin this spring on Xbox and PlayStation 4 with a season stretching into the fall. The eNASCAR Heat Pro League, a collaboration between 704Games, RTA, and NASCAR, is played on NASCAR Heat 3, the newest iteration of the NASCAR video game franchise.