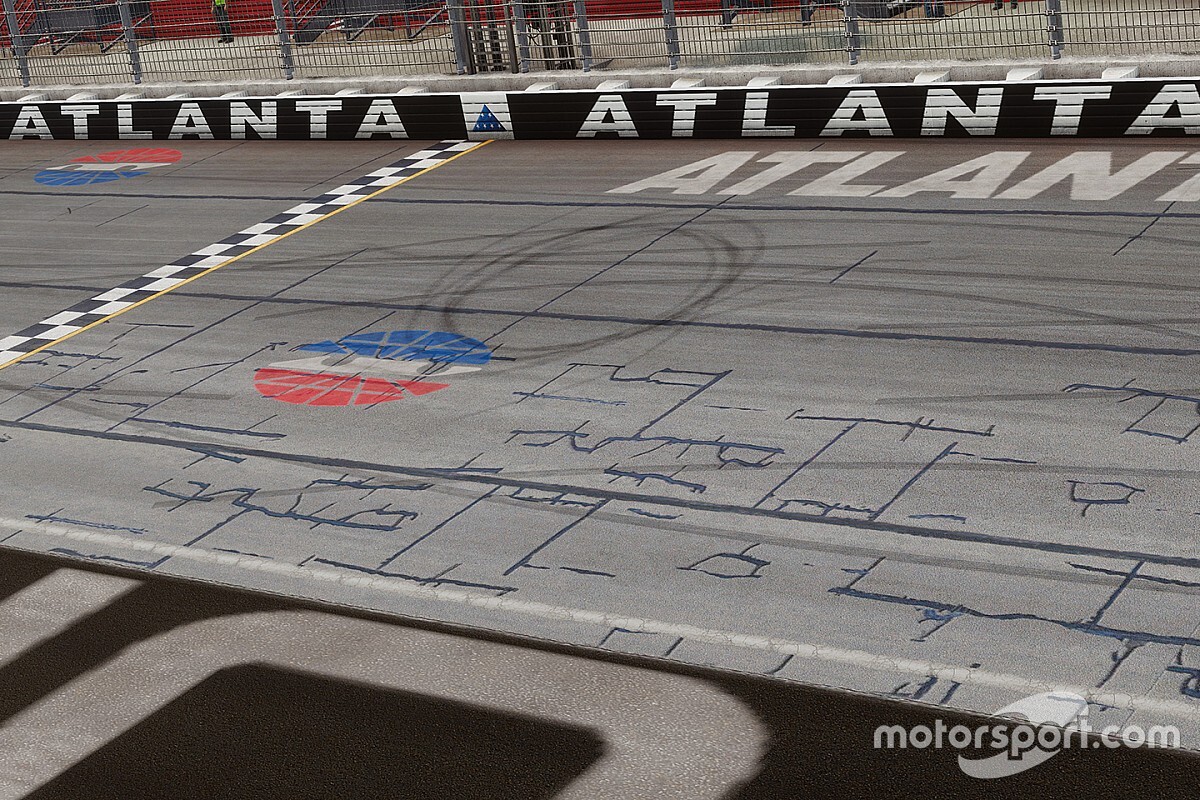 Brandon Hanna led the field to the green flag in the first 55 lap race. Deep in the standings, he was solely focused on capturing the checkered flag. He led the way early over Josh Harbin with incoming points leader Cody Giles in third.

Just eight points separated the top seven in the standings entering this race.

Harbin and Giles would soon displace Hanna, pushing him back to third as the field battled for the bottom line.

The yellow flag flew with 36 laps to go during green-flag pit stops as Segment 1 winner Maxwell Castro spun at pit entry and collided with Josh Parker, who had made an impressive charge from the rear of the field.

Despite the contact, Parker restarted with the race lead. Several drivers including notables Joey Stone and Giles were trapped a lap down through that cycle.

Brandyn Gritton was able to push his way into the lead following a hectic restart, putting himself in a prime position to steal the segment win. He and Kyle Arnold were able to break away from the rest of the pack.

Arnold ducked down pit road with 17 laps to go and Gritton followed one lap later. Arnold was able to successfully pull off the undercut and cycled back into the race lead with just 12 laps to go.

Gritton started to cut into Arnold’s lead as the laps ticked away, Harbin in tow. With six laps to go, they got there and Gritton moved Arnold for the top spot. Harbin was able to take the lead from the outside with three laps to go, but a caution would then re-stack the field for a two-lap shootout.

The ensuing restart was chaotic with Arnold careening into the wall in Turns 1 and 2 on the final lap. Gritton made his move for the lead and Harbin ended up getting pushed out of the groove and contacting the wall in Turns 3 and 4.

Gritton, who entered this race sixth in the standings, came away with the race win and the Segment 2 victory, locking himself into the championship showdown. The Stewart-Haas eSports driver was followed by Jason Mitchell in second place at Atlanta, Castro third, Parker fourth and Corey Rothgeb rounding out the top-five.

Luis Zaiter led the field to the green flag in the Xbox field entering this race second in the standings to Daniel Buttafuoco.

Slade Gravitt took over the race lead soon after as Zaiter faded back into the pack. Sam Morris also took a turn out front before Tyler Dohar moved into the race lead.

The caution flag flew for the first time with 37 laps to go, right on the cusp of green-flag pit stops.

Gravitt and Morris restarted on the front row as they were already on pit road at the time of the yellow.

Gravitt controlled the race until a dramatic incident with 23 laps to go as Segment 1 winner Justin Brooks lost control, went back across the track and took points leader Buttafuoco with him.

There was another quick yellow before the race got back into a green rhythm. However, the caution would fly once more as Brooks is collected in another incident.

Nick Walker controlled the restart with eight laps remaining. Buttafuoco fought his way back into the conversation, up to third when a late-race yellow set up a two-lap shootout.

The finish was spectacular. As Brian Tedeschi cut under Walker out of the final corner, Buttafuoco took it to the high side and it became a three-wide photo finish. There was just 0.038s between the top-three at the finish with Tedeschi missing out on the win by 0.015s. Despite a dominant showing, Gravitt slipped back to sixth in the closing laps.

Walker claimed the win, but it was Buttafuoco who earned the Segment 2 victory for Germain Gaming, locking himself into the championship round.

In the combined team standings, Germain continues to lead the pack with 400 points. Chip Ganassi Gaming follows with 351pts and the JTG Daugherty Throttlers sit third with 338pts.