Can Gunther make it a Race at Home Challenge hat-trick? 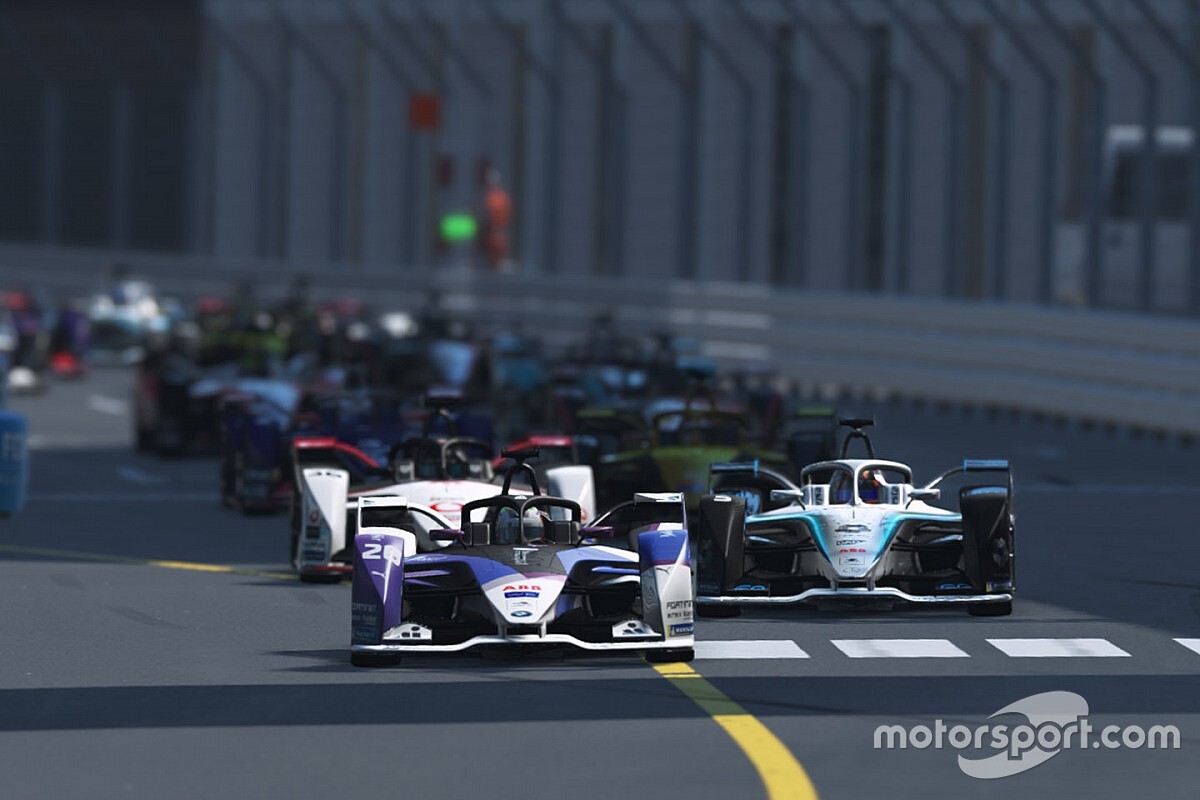 Maximilian Gunther holds a perfect score in the Formula E Race at Home Challenge points thanks to his somewhat fortunate brace of victories in the opening two Esports races. Twice Stoffel Vandoorne snared pole and twice he crashed out of the lead to hand the eventual wins to the chasing BMW Andretti of Gunther.

For the third round of the Race at Home Challenge, which runs in partnership with Motorsport Games to raise money for UNICEF's coronavirus relief fund, there’s a return to the Monaco FE circuit.

Gunther already claimed the spoils around the virtual streets of the principality on rFactor 2, but that came in a pre-season non-championship test race last month. This time, however, points are up for grabs and all 24 official championship drivers will take part.

Alex Sims, team-mate to Gunther, guides Motorsport.com around a lap of the circuit. 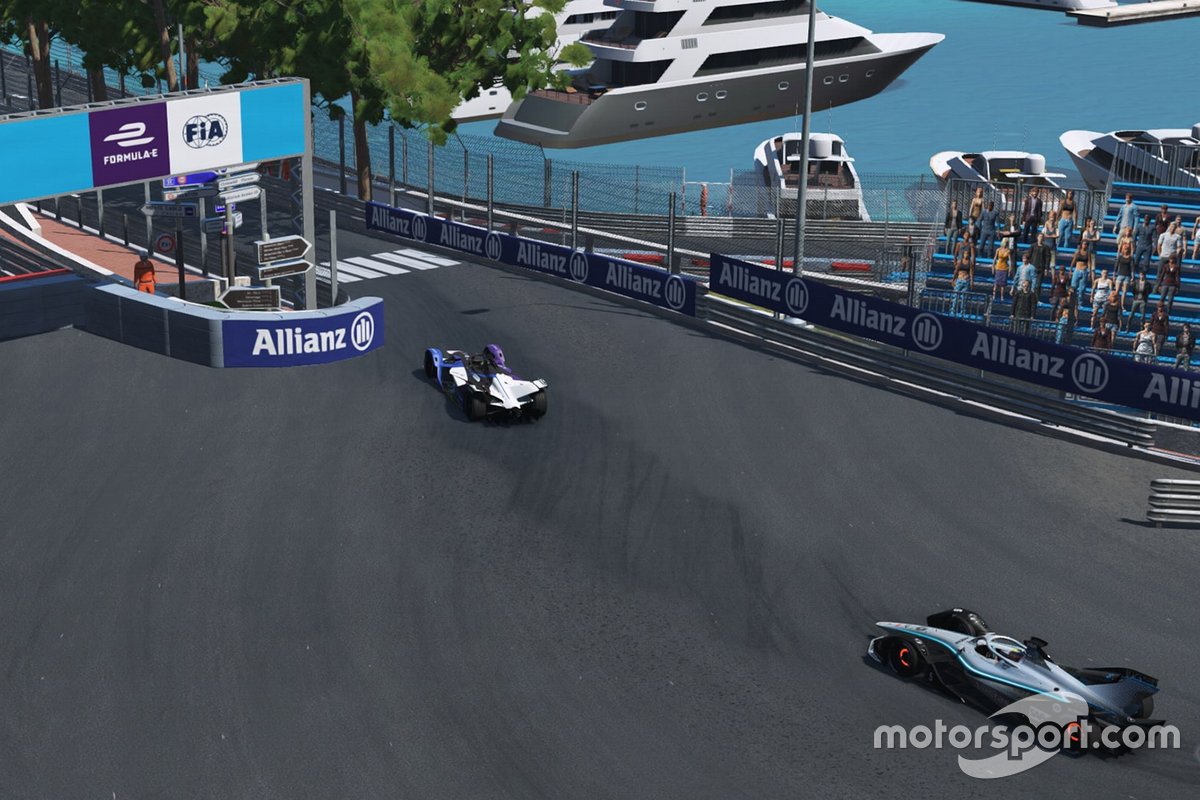 “It's a pretty heavy braking zone with a slight curve so you've got to try and straighten the track out as much as you can,” says Sims.

“It's quite easy to lose the car, because on rFactor 2 we have two gears. When you make the gearshift it kicks the rear out. Get the shift in the wrong place - you can lose the back end or, conversely, lock up the front wheels and go wide.

“It’s quite a challenging corner and a relatively blind one. It's then very important to hit the apex because you've got to get back across the track to then go through the kink.” 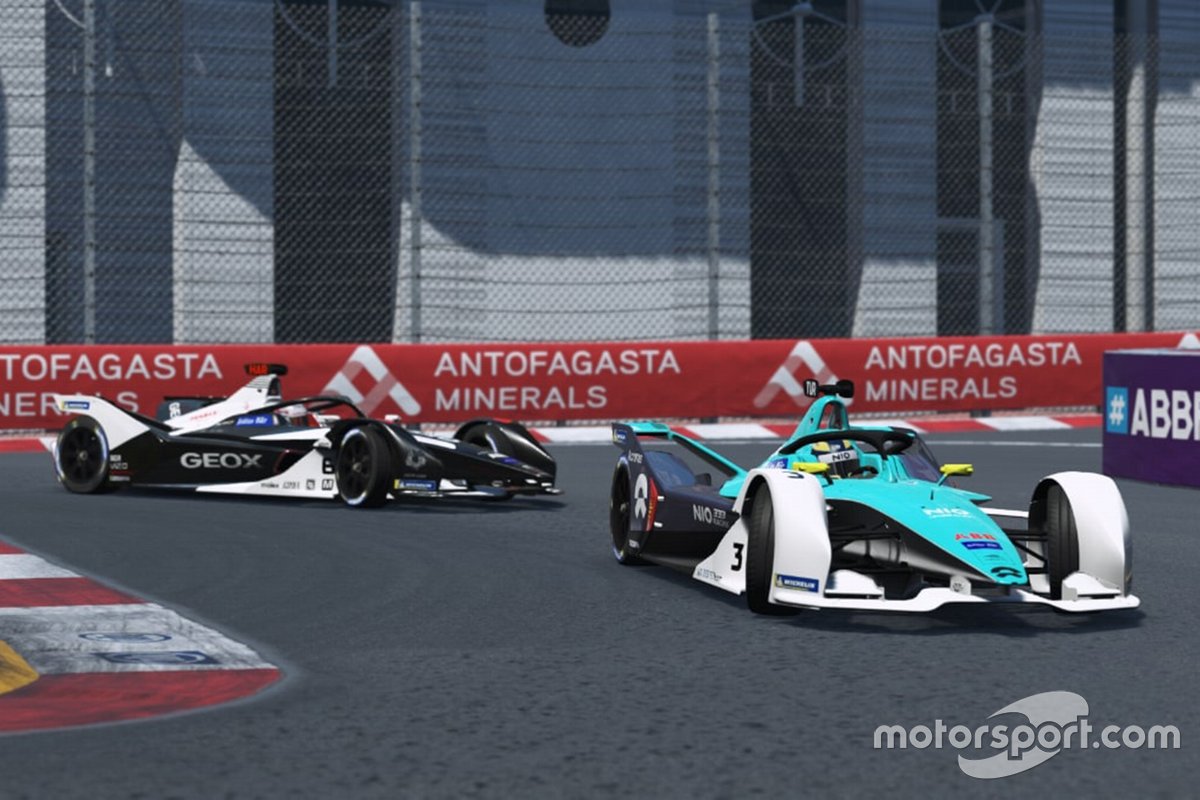 Rather than continue up the hill to Casino Square, the FE layout splits off to run downhill and rejoin the F1 circuit at the Nouvelle Chicane. Where the two tracks meet, there’s a tight double-apex 180-degree hairpin.

“As much as you initially think that braking late is going to be important because it's quite a big stop, the corner’s so slow that actually getting your line right and keeping your minimum speed as high as possible is really critical,” says Sims.

“You can lose half a second of lap time without even realising because you've gone 3km/h slower through the corner, which is very difficult to feel on a simulator.

“Or, you can run only a metre wide but then have to slow down again to get back for the second apex.” 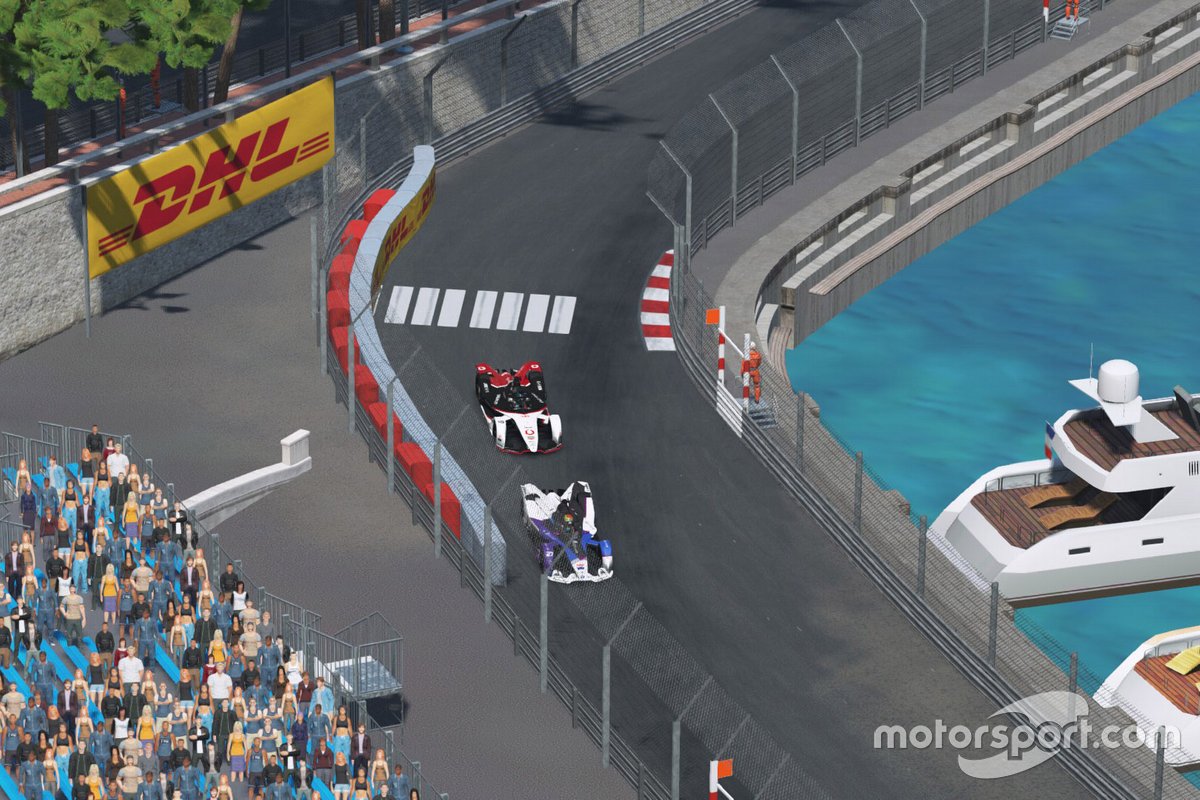 A good exit out of the Nouvelle Chicane runs through into Tabac, and then the first part of the Swimming Pool complex. Around a circuit that doesn’t afford many high-speed corners, it’s critical to nail a good line to preserve momentum.

Sims reckons: “It's pretty high speed and picking your line is very important because if you're a bit off, you have to change your minimum speed substantially or you completely screw up your exit. It’s really a case of threading the needle, but without clunking the inside wall and ripping your wheel off!” 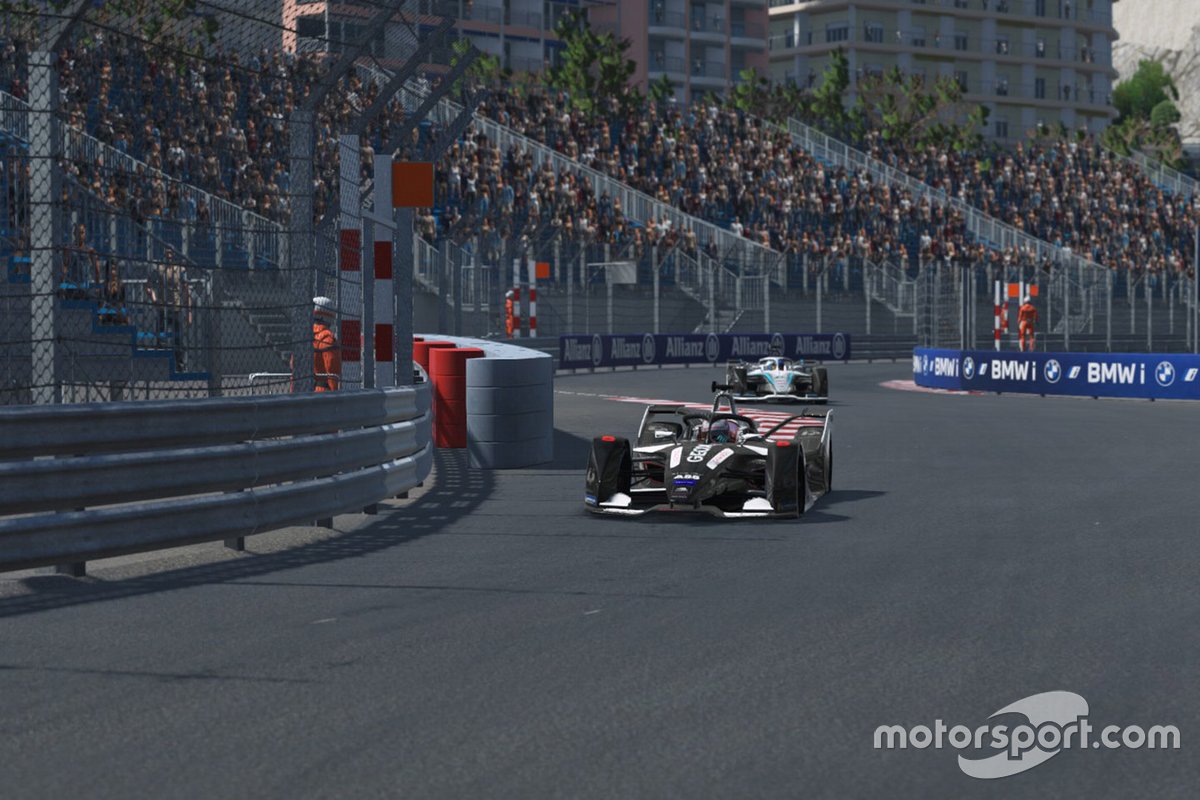 “The first part of the Swimming Pool is relatively straightforward,” says Sims of the quick left-right. “Once you get into a rhythm, it’s flat out on the simulator and you've got a bit of leeway.

After a short dash down the length of the pool, the second part of ‘Piscine’ is far tighter.

Sims adds: “The car's normally loaded a bit. It's quite easy to still be turning right slightly, so you must straighten the car otherwise you might lose the rear.

“It's not too bad, because on the left as you exit the corner you've just got sausage kerb to miss, so there's a bit of leeway to cutting it depending on how you enter the corner.” 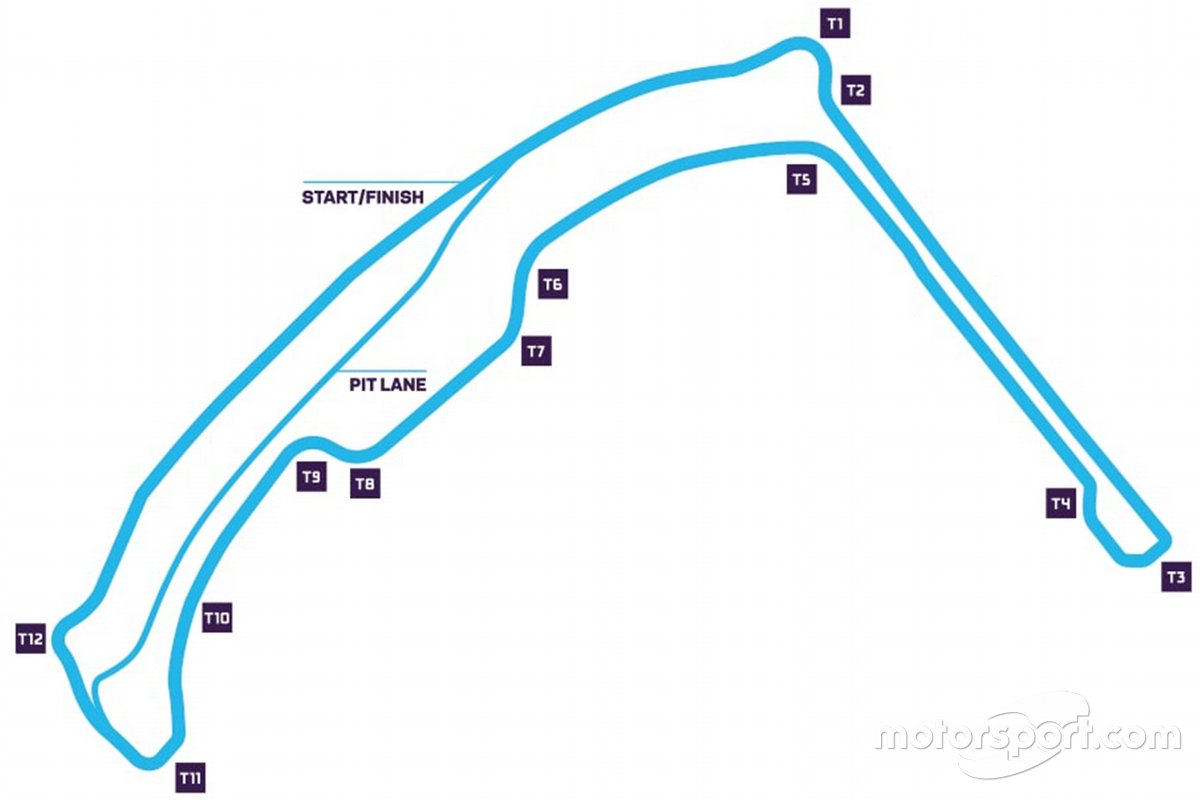 Although listed by the FIA as a corner, Turn 10 is taken flat-chat before the car arrives into the renowned Rascasse.

“That's a pretty tough one because the car is slightly loaded laterally in the braking zone,” reckons Sims. “There's a slight change of direction as well - you initially turn left and then you move to the right halfway through.

“The second wall, for me, it's the most difficult one to get right. You see it so late that you've already committed the car into the corner. You're sort of hoping the trajectory you've chosen meets up to get the line right. Again, we've got this odd gearshift towards the end of that braking zone, so it's easy to kick the rear out if you do that wrong. 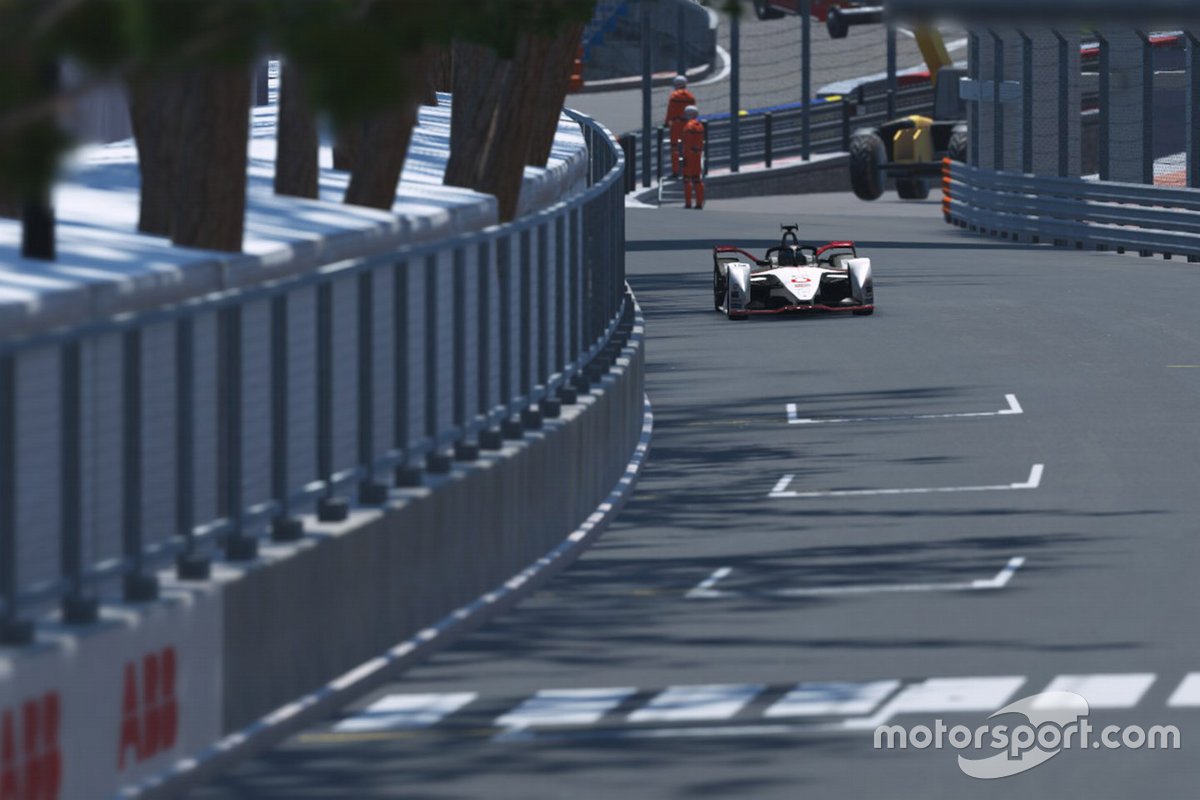 There’s barely a chance to blip the throttle on the way to the final corner - Turn 12, better known as Anthony Noghes. Given how low the drivers sit, a cone is often placed on top of the barrier so they have something to aim for.

“It's all about just having a calm entry, not to brake late and enter fast at all, particularly on the simulator,” says Sims. “Have a smooth line to get on the throttle nice and early.

“There's long straight after, so I’ve found it's very easy just to go into a tiny bit too hot and then you’ll lose many tenths on exit when you've only gained a few hundredths on entry. “That's the one corner I would say it's critical not to attack the brakes at all.”

Watch the action on Motorsport.com

Supercars drops Sebring from next Esports round