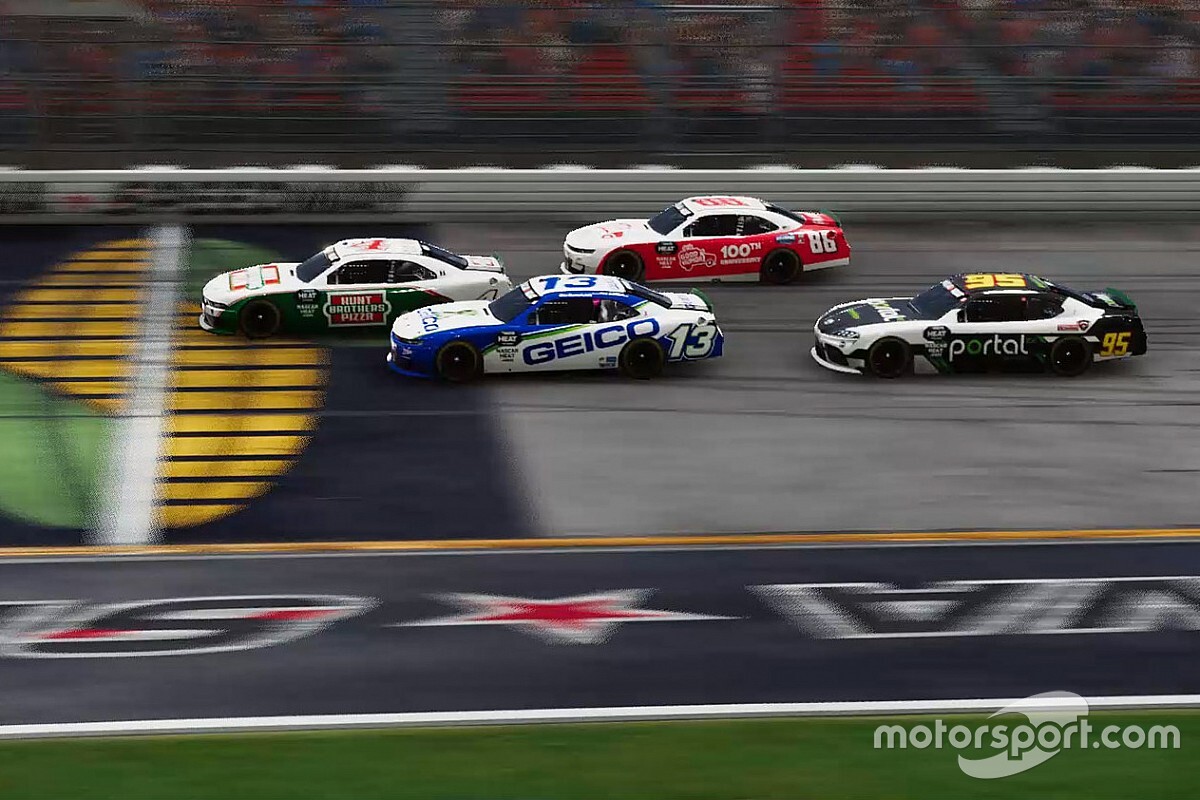 Justin Brooks wins from pole position to win on the Xbox side while Cody Giles takes the victory in the PS4 category at virtual Iowa Speedway.

Justin Brooks led the field to the green flag for the first 70 lap Xbox race, leading the way early as he and championship leader Daniel Buttafuoco gaped the field.

Buttafuoco later came back down pit road for a second round of stops when the caution flag suddenly flew. He was able to cycle into the race lead with Brooks just behind and Brian Tedeschi third.

Brooks is able to get back out front again as the battle raged for third place between Sam Morris, Tedeschi and others.

With eight laps to go, the caution flag flew once more setting up a restart. Brooks was able to and claim the checkered flag for the JTG Daugherty Throttlers, just two tenths ahead of Buttafuoco who remains in control of the championship.

The PS4 race got off to a rough start with a Lap 1 incident. Pole-sitter Corey Rothgeb led the way, but he was soon shuffled back as Brandyn Gritton took control.

Josh Parker then took a turn out front before a caution with 54 laps to go for a big crash in the pack. On the restart, Parker experienced connection issues and lagged, igniting another incident out of Turn 2.

Those around him appeared cautious after the incident until Cody Giles was able to make his way by with just over 40 to go. Mike Braas quickly followed suit.

A caution with seven laps to go set up yet another shootout. The restart was hectic with cars colliding with each other nearly every corner. However, the race remained green.

Up front, it was smooth sailing for Giles as he scored the win for Wood Brothers Gaming. Gritton rebounded for second place, six tenths back. Joey Stone finished third, Braas fourth and Josh Harbin fifth.

The Xbox standings tightened up significantly tonight with Giles now leading by just one point over Rothgeb, two points over Harbin and three points over Kyle Arnold.