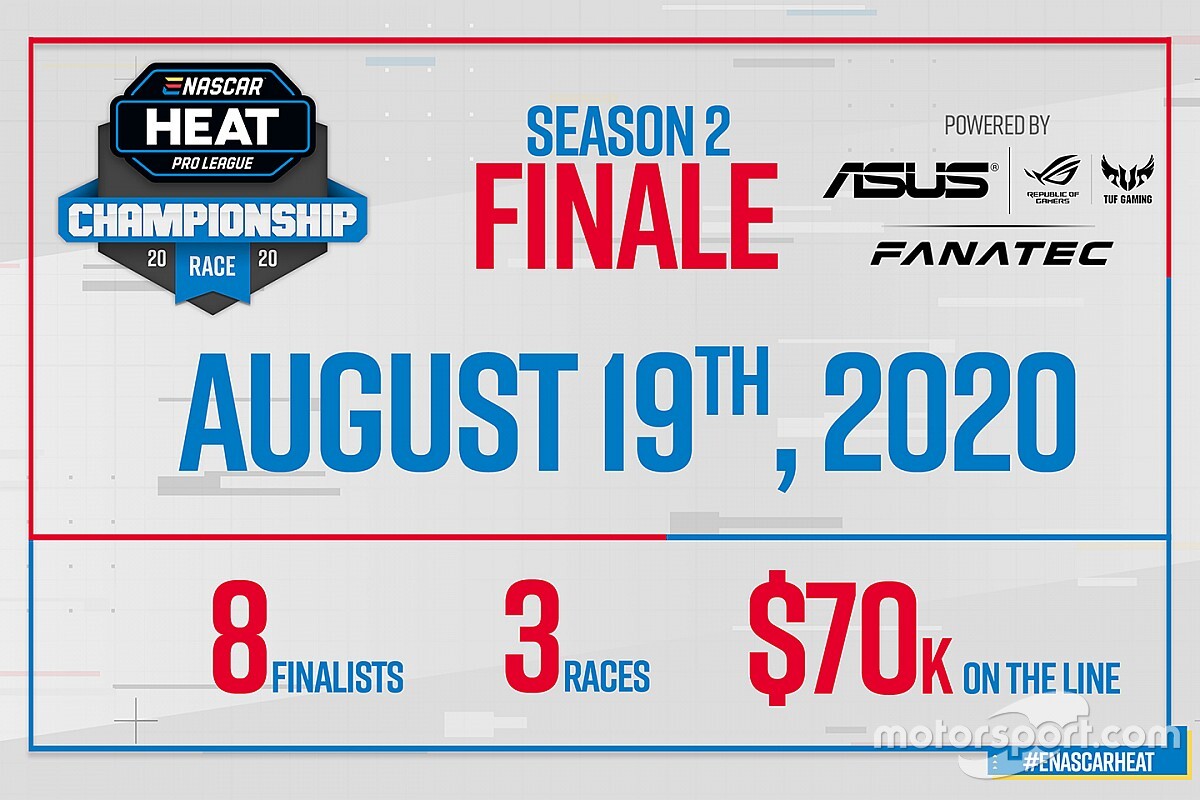 The eNASCAR Heat Pro League (eNHPL) Season 2 will come to an epic conclusion on Wednesday, August 19th as both the drivers and teams championship will be decided in one night of intense esports competition.

There is a total of $70,000 on the line in the eNHPL Championship Finale for the competitors, with the ultimate driver champion taking home $30,000.

The full grid of 28 eNHPL drivers will take the flag using ASUS gaming PCs and Fanatec steering wheels for three back-to-back races that will determine the destination of the championships.

Originally planned to be held as an in-person live event, the outbreak of COVID-19 has dictated that the eNHPL Championship Finale will now be held online with all of the drivers racing on the PC version of the newly released NASCAR Heat 5, the video game officially licensed by NASCAR. This marks the first time in series history that all drivers will be competing on the same platform in the same race. 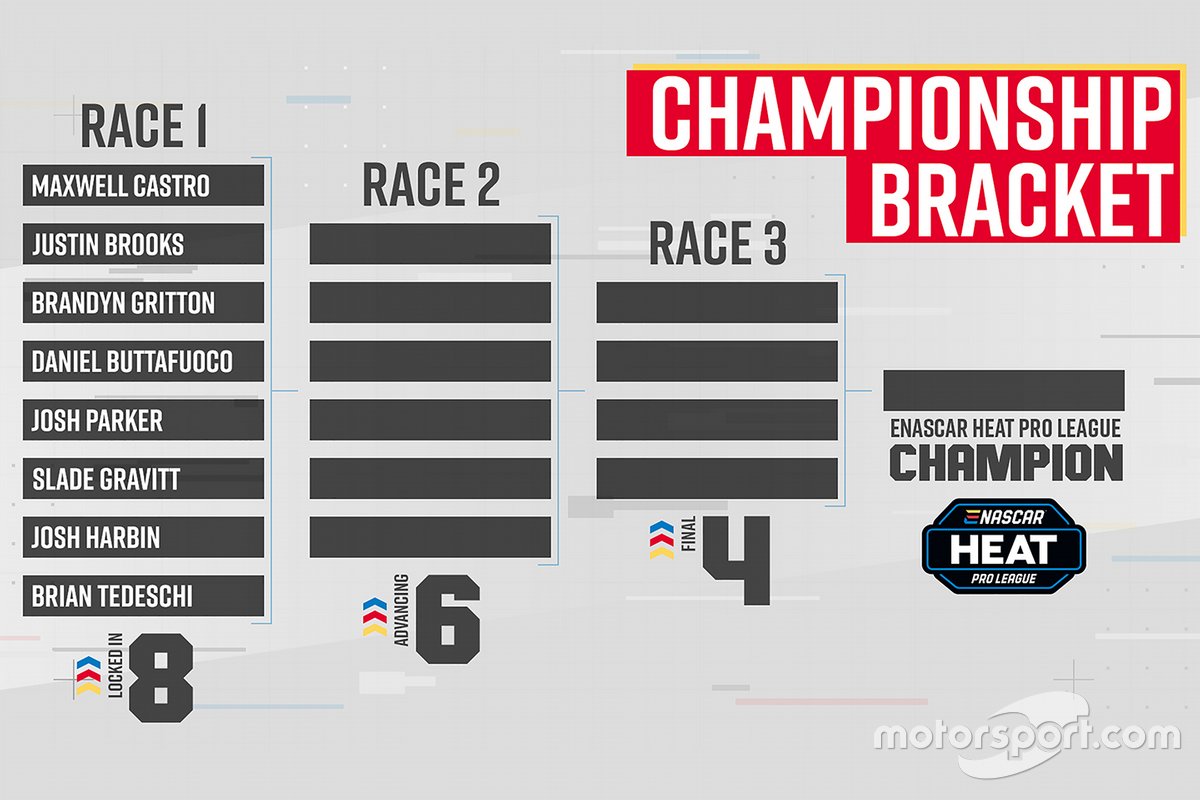 Speaking about the new partnership with the eNHPL, Gary Key, Senior Director of Marketing at ASUS commented: “The eNASCAR Heat Pro League is leading the charge in bringing an unparalleled esports experience to race fans and motorsports professionals alike in this thrilling conclusion of the championship series. As the official gaming hardware partner for eNASCAR, ASUS is excited to expand its longstanding gaming legacy by supporting passionate racing fans, talent and dedicated esports communities with the tools they need to compete at their best and win.”

The drivers will also be using the Fanatec ClubSport Steering Wheel, officially licensed by NASCAR, which elevates the driving experience to the next level with its realistic 350 mm diameter.

Thomas Jackermeier, CEO of Fanatec, said: “The eNASCAR Heat Pro League has shown us that no matter what is going on in the world, competitive racing can still continue and prosper. We're proud to work with Motorsport Games and their community of NASCAR fans, bringing one of the most intense racing series to the global esports stage, culminating in the Championship Finale race later this month. Fanatec will continue to support the series with our NASCAR-licensed products for many years to come.”

The eNASCAR Heat Pro League, a collaboration between Motorsport Games, the Race Teams Alliance and NASCAR, gives esports racers the chance to drive for one of 14 official eNHPL teams.

“It’s been a thrill to watch the eNASCAR Heat Pro League grow in its second season and the championship race will mark a key milestone for the series,” said Tim Clark, NASCAR Senior Vice President and Chief Digital Officer. “Having all 28 eNHPL drivers on track at the same time will deliver a unique and competitive environment that wouldn’t be possible without ASUS’s incredible products and partnership.”

The eNHPL Championship Finale will be broadcast live online via motorsport.tv, the NASCAR Heat Facebook and Twitch accounts, eNASCAR.com, as well as taped delayed on MAVTV in the USA and on REV TV in Canada.

Heading into the finale, eight drivers have the chance to claim the individual eNHPL championship while the team’s title is still wide open. There will be three races on the night, each with a full grid of 28 drivers. The two lowest-finishing Driver’s Championship contenders will be eliminated from the running at the end of each race, meaning that the final shoot out will be between the four fastest drivers to advance through the first two events. Meanwhile the Team’s Championship will be determined by points scored across the entire season.

Season 2 began in January with draft qualifying where the teams closely monitored the drivers to make their selection for the year. Once the draft was complete, three segments of three races were held with the top finisher on both PlayStation 4 and Xbox One earning a place in the Championship Finale. Two further places were then secured via the Wild Card race.

The drivers competing for the Championship will be:

NASCAR Heat 5 is available now on the PlayStation®4 computer entertainment system, the Xbox One family of devices including the Xbox One X and on PC via Steam. The game delivers the ultimate NASCAR video game experience, with 34 authentic tracks across the country in single player, two-player split screen, and online multiplayer for up to 40 racers.