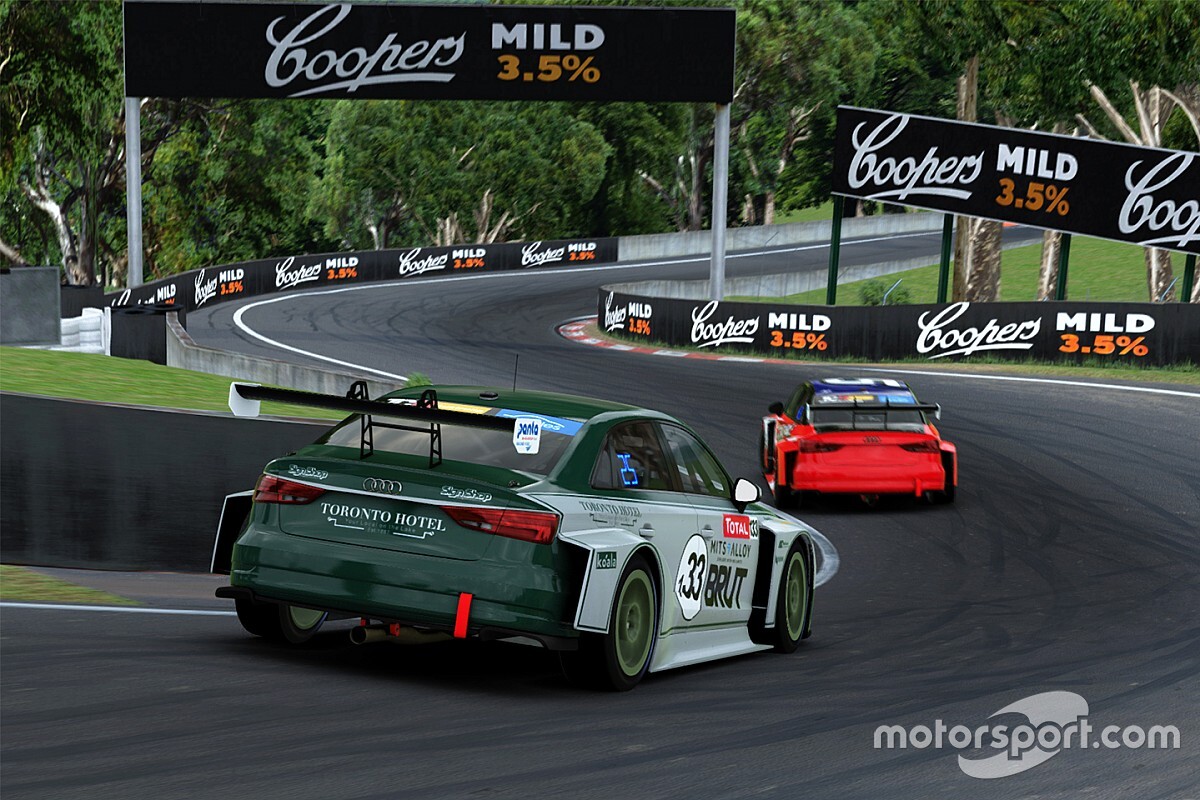 The Australian Racing Group has confirmed the final round of its eSport Cup will be a two-driver TCR endurance race on the Mount Panorama circuit.

The 10-round series will conclude next Thursday with the two-hour enduro, with 40 crews expected to tackle Mount Panorama in the Audi TCR car.

Regular ARG eSport Cup competitors will be free to choose whoever they want as a partner, opening the door for real life and sim racers around the world to land a seat.

The concept is similar to what ARG had planned for its real-world Bathurst International event later this year, however that plan has been scuppered by the anticipated ongoing international travel restrictions.

There has already been some early pairings confirmed for the virtual version of the race, including two famous father/son teams in Steve and Jett Johnson and Jason and Ben Bargwanna.

“Once I found out the news, I knew I needed to lock away the best sim driver as I could to keep my chances in the series fight alive,” said O’Keeffe.

“I’ve raced against Jackson before numerous times. He is definitely quick and consistent, and he’s one of the fastest drivers in the Audi. He is really enthusiastic about being involved and has already started to test to ensure that he will be fast for the event."

Double points will be on offer for the Bathurst finale.

The ARG eSport Cup will hold its penultimate round on the Imola layout tonight, with drivers set to race both the Formula 3 and TCR car.

Jack Doohan will join the regular field as this week's star driver wildcard.

The action will kick off at 8pm AEST and can be streamed live and free through Motorsport.tv.