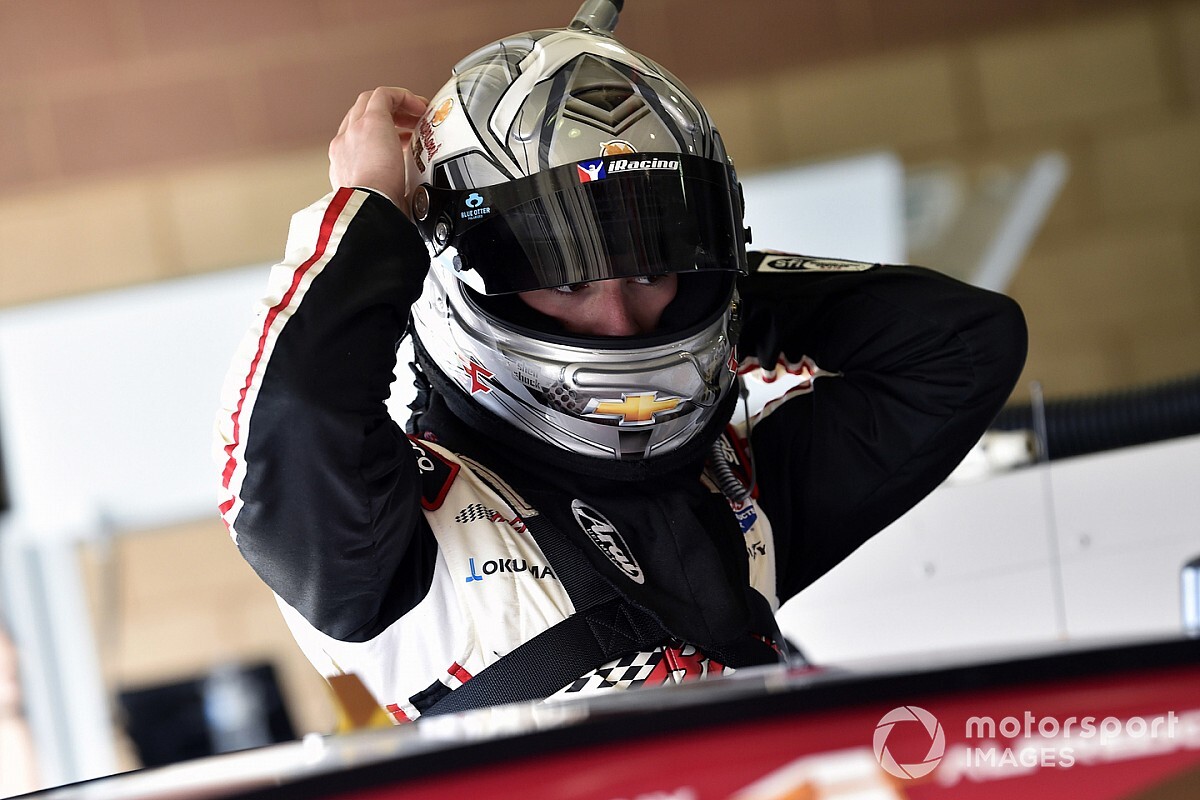 Anthony Alfredo prevailed in a late-race battle with Alex Labbe to take the eNASCAR Saturday Night Thunder win at Dover.

After a series of heat races and two LCQs to set the field, the 125 lap race around the 'Monster Mile' was ready to get underway.

Donny Lia led the field to the green flag and was in control for much of the early running. The first caution came 20 laps into the race for a multi-car pileup on the backstretch. The entire field then filed down pit road for fresh tires and fuel.

The restart was short-lived after another incident at the back, followed by another pileup on Lap 32.

Despite the early rash of yellows, they would not return. The rest of the race went green with Lia continuing to lead the charge. Green-flag pit stops came with just under 50 laps remaining and Alex Labbe was one of the first down pit road.

Lia would pit with 47 laps to go, but his dominant showing ended after he was caught speeding in the pit lane. Alfredo pitted five laps later with 42 laps to go.

Kaz Grala took a turn out front, stretching the fuel as far as he could before pitting with 24 laps left in the race. This put Labbe on point after a successful undercut.

Labbe was constantly under pressure from Alfredo, who ultimately made the pass to the inside with just 12 laps to go. A few laps later, Labbe briefly made his way back ahead before being overtaken by Alfredo once more.

There would not be another challenge as Alfredo cruised to the checkered flag and Labbe was forced to settle for second-best. Raphael Lessard claimed third after late-race contact with Talladega winner Landon Huffman.

"It's amazing. I'm sweating as much as I do in a 140-degree race car," Alfredo said after the race. "That was unreal. It's so cool that NASCAR and iRacing have put these events on for us drivers to have some fun and learn some things for when we go back racing and more importantly, keep our fans entertained.

"Esports is so important me. These events are so cool and to win one is definitely huge. It felt like real-life to me as far as the meaning of it and how hard it was and the emotions."

Asked about his battle with Labbe at the end, he said, "The long run was my strength. It definitely paid off. I just tried to run my pace, trying to manage without wearing (my tires) out too early and have something at the end. It was a lot of fun to drive."