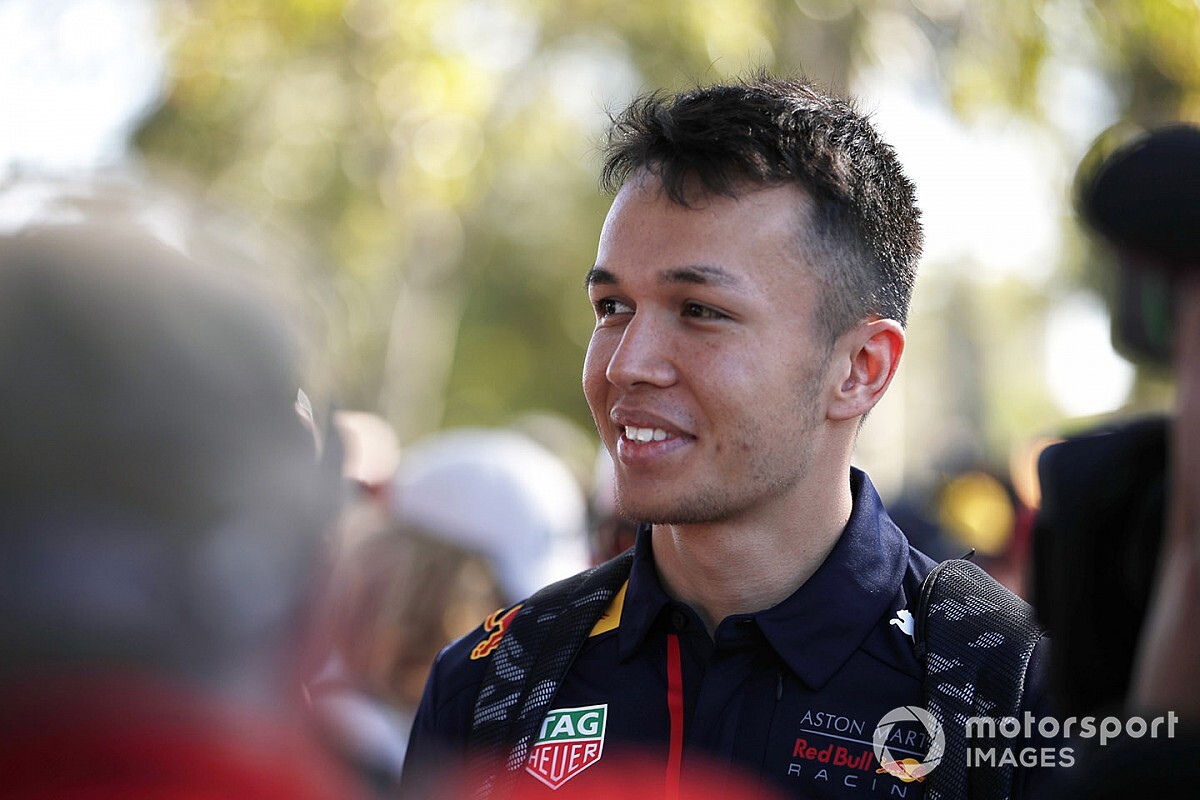 Albon vaulted into the lead at the start of the race, with two-time Virtual GP winner Leclerc following him into second place as polesitter Stoffel Vandoorne suffered a nightmare start.

Russell fell to fourth place while both Vandoorne and FIA Formula 3 driver Fittipaldi fell outside of the top 10 places.

This chaos left Albon and Leclerc to build an early advantage as they managed to do in the previous race at Shanghai.

The duo swapped the race lead on multiple occasions in the first stint in an orchestrated fashion to tactically sprint clear of the third-place Russell.

Leclerc was first to pit, and opted for the hard tyres, while Albon stayed out a few laps longer and fit the faster-medium tyres to his virtual Red Bull.

Although the pair continued to exchange the lead, the race was effectively settled when Leclerc picked up a three-second penalty for track limits abuse.

Regardless of this, it was Albon who took the chequered flag first on the road and he successfully avoided any repeat of his real-life 2019 Interlagos heartbreak to pick up his first Virtual GP victory.

Polesitter Vandoorne recovered to finish in fourth place ahead of his Mercedes teammate and fellow ex-F1 driver Esteban Gutierrez.

In the early stages of the race, Alfa Romeo’s Antonio Giovinazzi was fighting over fourth place with Williams’ Nicholas Latifi until the pair collided on the exit of the Descida do Lago.

Giovinazzi retired from the race while Latifi was sent into the grass and tumbled down the order.

2020 F1 rookie Latifi eventually found his way back up to finish in ninth place ahead of Lando Norris, who missed qualifying due to his ongoing technical issues with Codemasters’ F1 2019.

Norris picked up a drive-through penalty for a jump-start and then also picked up his own corner-cutting penalties to drop from ninth to 10th in the classification.