Habsburg plans to contest Macau after "up and down" season 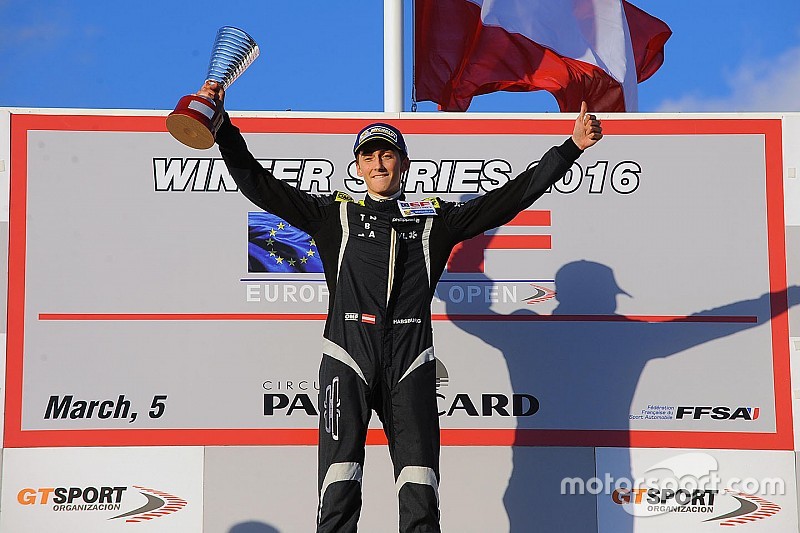 Junior single-seater racer Ferdinand Habsburg has revealed his plan to complete his busy 2016 season with a Macau Grand Prix entry.

After finishing fourth in Toyota Racing Series in the winter, Habsburg has been racing Formula Renault 2.0 cars in the Eurocup and NEC series, as well as F3 machinery in Euroformula Open.

While he is fighting for the title in the latter, Habsburg admitted his run in Eurocup has been a mixed bag, with the highlight being a podium finish in Monaco.

"[The season's been] very up and down, we've had a really tough start at Aragon, lacking some top-end speed," said Habsburg, who is currently eighth in the standings.

"Monaco was a big highlight as we put it on pole after the disqualification [of Lando Norris] and we finished second.

"So that was amazing, sadly only half points because of a cut-short race but it was the same for everybody," explained the 19-year-old, who then took his second podium finish in the latest round at Spielberg.

Currently second in the EF Open standings, Habsburg has placed on the podium in six of the eight races of his rookie season so far.

The 19-year-old is the sole driver of returning team Drivex, which is going against junior single-seater giants such as Carlin and Campos.

"Getting used to the F3 car was difficult in the beginning but I definitely got the hang of it.

"On one hand, it might be difficult [without teammates] now but in the long run I'll learn how to take more out of the car because sometimes we just arrive to the weekend with no data or experience.

"With Drivex we're proving our mark as a young and good team and we're just there to beat the big boys and that's what we're doing."

As part of his current Formula Renault team Fortec's plan to return to European F3, Habsburg has had a two-day test with the FIA championship's car.

Habsburg intends to test more with the car as he plans to enter this year's Macau GP and is evaluating a step up to the European series next year.

"We're looking to do Macau at the end of the year, which is a big deal for us, we want to get as much mileage in the car as possible as we can before that because it's a very difficult track.

"Getting used to the Hankooks [in testing] was very difficult and that's why some most experienced boys kicked my ass on new tyres but on old tyres I was up there, definitely proved I've got the ability to do it.

"We've already done two [test days] so far and we're planning to do more next year.

"As a driver I'd say I probably prefer driving the FIA car because it's just quicker [than in Euroformula Open] and I just can't wait to get up to speed and try to really make my point in FIA F3."

As for next year, Habsburg confirmed he will continue testing in FIA F3 and also plans to try out the GP3 car.

"We're planning more FIA F3 tests with multiple teams as the cars will be different [with each team] and I'll see whatever suits me best and which I like the most.

"We're obviously trying to get in with the top teams - Van Amersfoort, Motopark, Prema, also testing with Fortec of course.

"We're looking to do probably also the GP3 testing, see how that goes."