Force India's 'One in a Billion' Daruvala eyes F1 future 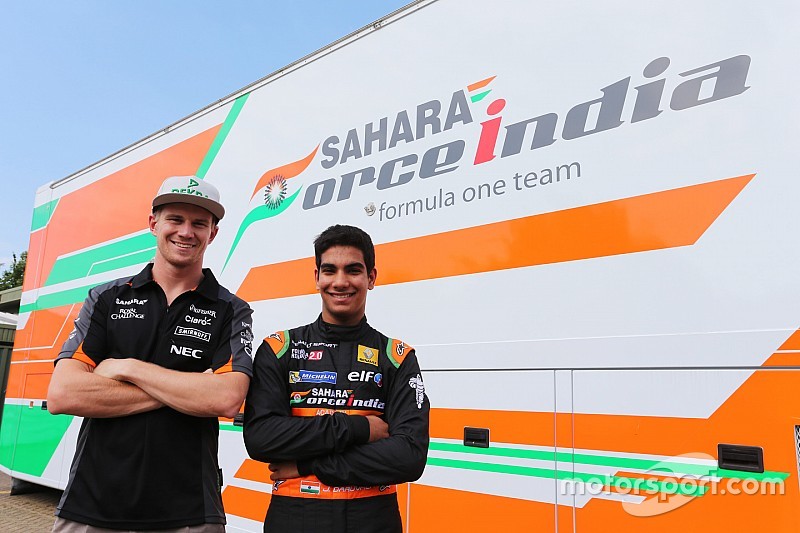 After emerging as the victor of Sahara Force India's 'One in a Billion' search, Jehan Daruvala has impressed in his first year in single-seaters. He spoke to Darshan Chokhani about what the future may hold.

Daruvala is competing in the Formula Renault 2.0 NEC series this season, and has delivered on the obvious star potential he showed in karting.

Sitting sixth in the drivers’ championship and second in the rookie standings, the 16-year-old is one of the top candidates to follow in the footsteps of Narain Karthikeyan and Karun Chandhok and reach Formula 1.

His chances are boosted by being the sole member of Force India's academy, which aims to unearth India’s next Grand Prix star.

“Force India’s help has been good for my young racing career,” Daruvala told Motorsport.com in an exclusive interview.

“With some good results on track, it has aided my self-belief immensely. The target now is the Force India F1 seat.”

After his strong performances in karting, his debut in single-seaters was fast-tracked by a year, and he has not disappointed at all.

Daruvala currently competes full-time in the 2.0 NEC series with Fortec Motorsports. He also drives in the Alps series as a guest driver, where in his second weekend he clinched two pole positions.

“It’s been a good year for me until now; the double pole at Misano (in the Alps series) really boosted my confidence,” Daruvala revealed.

After 11 races in the NEC season, the Indian has 10 point scoring finishes, including a podium and a rookie trophy, having retired only once.

However, the 16-year old has had troubles with his starts, an area which he says he has been working on.

When Daruvala started karting in Europe, he was mentored by Terry Fullerton, whom Ayrton Senna had famously described as the “best racer” he ever competed against.

Although the pair haven’t been in touch lately, Daruvala thanked Fullerton for his guidance which has helped in his career.

Daruvala also revealed that current Formula Renault 3.5 championship leader Oliver Rowland is coaching and guiding him with his races.

It's approaching the time of year when drivers traditionally start to focus on assembling their future programmes.

Daruvala, however, sees no rush for any commitments, saying: “No decision has been taken yet on my future, it is up to Force India and Fortec Motorsports.

“I am in no big rush to take any big step right now - as long as I am doing the right thing at the right time, it is all what matters to me,” he added.

The future Indian star also revealed that along with competing in the NEC and the Alps series, he is to race in the Formula Renault 2.0 Eurocup’s three rounds at Silverstone, Nurburgring and Jerez this season.

Daruvala fine after crash at Silverstone