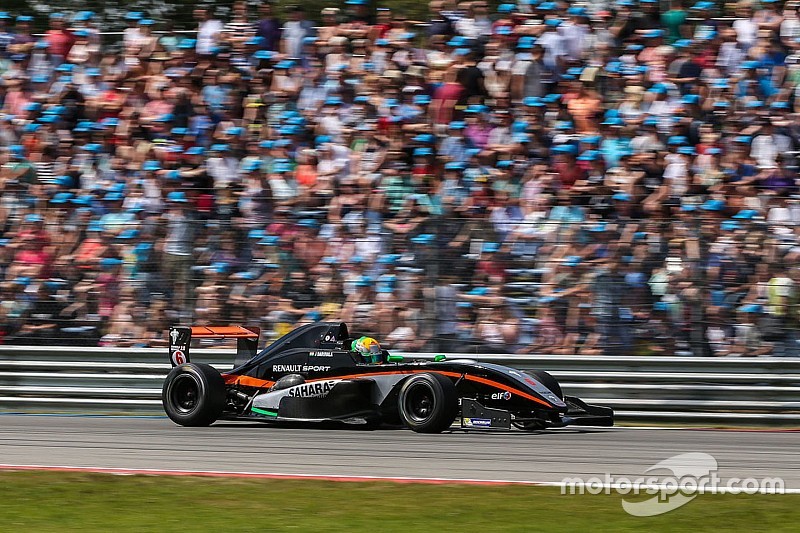 The 2015 Formula Renault 2.0 NEC championship moved to Assen for the fifth round. Indian Jehan Daruvala had another fruitful weekend driving for team Fortec Motorsports.

After an impressive debut at Spa-Francorchamps in the previous round, Daruvala had another track to learn driving at Assen this past weekend in the NEC championship.

The circuit was packed with fans for the Gamma Racing Day as the weekend was underway on Friday with the practice and qualifying sessions.

Daruvala finished eighth in the first practice session with a time of 1m37.367s; he was 0.797s off AVF’s Charlie Eastwood while ART Junior Team’s Ukyo Sasahara slotted in at second and Kevin Jorg (Josef Kaufmann Racing) was third.

In the second practice session, Daruvala improved to finish fourth. He again beat his three teammates while this time he was also the best rookie in the session.

He ended 0.452s behind leader Jorg while AVF’s Harrison Scott and Josef Zaruba were second and third respectively.

Qualifying one didn’t go as per the plan for Daruvala who had qualified seventh but was later penalised for crossing the track limits and his quickest laptime was deleted which moved him down to eighteen for race one.

Jorg clinched pole while Sasahara was behind him and at third was Dries Vanthoor of Josef Kaufmann Racing.

In qualifying two, Daruvala finished tenth with a time of 1m38.182s as he was 0.924s behind polesitter Louis Deletraz of Josef Kaufmann Racing. Daruvala’s teammate Callum O’Keefe was behind Deletraz while Sasahara finished third.

Once again his quickest laptime was deleted owing to him exceeding the track limits; he had qualified ninth.

"Qualifying was not great. I got my best time taken away as I did cross the track limits," said the Indian lamenting on his mistake.

Saturday saw the first race of the NEC weekend which was won by Vanthoor; his maiden 2.0 win. Sasahara finished second while the podium was completed by pole man Jorg.

Daruvala after starting from 18th fought his way up to finish 11th. At the start, he quickly moved up to 15th but was stuck behind Pontus Fredricsson for about nine laps.

Once he cleared him on lap 12, he moved to 12th and subsequently finished 11th in race one.

It was an eventful race for the young Indian in race two in front of over 100,000 spectators on Sunday at Assen. Having started from tenth, he fell to eleventh after a poor start.

Soon after that going into the hairpin bend in turn four, he made a brave move around the outside and used the dirty part of the track to overtake three cars in a go to move to eighth.

In doing so, he lost grip as his tyres got dirty and he fell to ninth subsequently. He had some luck as the driver in front of him got a penalty and dropped down.

Further, with four laps to go, Max Defourney spun in front of Daruvala which helped the Indian gain another place as he finished seventh and was the best rookie. He also timed the fastest lap of 1m36.683s of the race on the final lap.

"After losing a place at the start, going into turn four, I could overtake three cars. And then, I tried to get into a good race rhythm. Overall, I was happy with my race pace," he said after the race.

Daruvala moved to sixth in the standing with 124.5 points as the second best rookie while Deletraz leads the championship.

The series now moves to Nurburgring for the sixth round in September.

Impressive debut for Daruvala at Spa

Force India's 'One in a Billion' Daruvala eyes F1 future