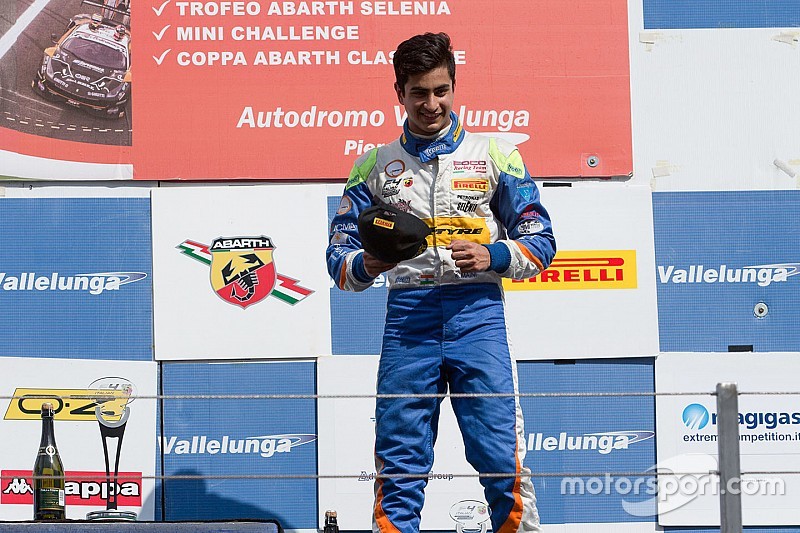 Maini started the weekend by finishing 21st and 11th in the two practice sessions, before qualifying himself in eighth and fourth places for the first two races.

Spin in race one

After a promising start to the weekend, Maini hit rock bottom in Race 1, where a spin dropped him to the back of the pack. The 15-year-old, however, was able to recover and finish in 26th place.

In the second race, Maini started from fourth on the grid and was involved in a close fight with Race 1 winner Guzman.

The two drivers made light contact, dropping Maini to eighth. The Indian, nevertheless, finished third among the rookies to continue his rookie podium streak.

Maini left the best for the final race, where he started from third on the grid.

Having avoided the first lap mess caused by Guzman, who stalled on the grid, the BVM driver started piling pressure on Sebastian Fernandez, reeling him with two laps to go.

However, he became a victim of the more experienced Schumacher on the very last tour of the race, getting demoted to third.

Maini, however, was more than content to score his first ever podium in the championship, behind Schumacher and race winner Correa.

“Three podiums (two rookie and one overall) in one race weekend was great and I couldn't have hoped for more after the break,’’ he said.

“I’m also happy to get my debut championship podium after Race 1 didn’t go my way in terms of results.

“We’ve got to keep pushing for even better results next weekend as I am feeling more comfortable with the car and the team,’’ he added.

After the fifth round of the championship, Maini stands fourth in the rookie standings with 158.5 points. Overall, he occupies 14th place with 37 points.