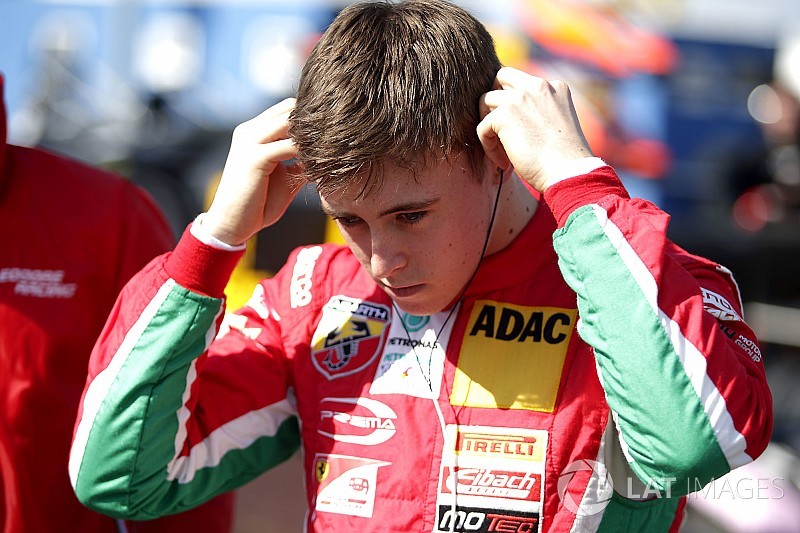 The 17-year-old Kiwi driver, who is contesting his first full season in open-wheel racing and joined the Ferrari Driver Academy late last year, secured the championship with a second-place finish in the opening race of the Monza season finale.

Having qualified on pole, Armstrong nonetheless endured a stressful race, overtaken by Artem Petrov for the lead after five laps and then finding himself in the thick of a heated podium battle after a safety car restart.

He conceded second place on a number of occasions but fought back each time, eventually finishing runner-up.

This was one spot ahead of his title rival - Dutchman Job van Uitert - who had battled through the pack after losing ground in early-race melees but ultimately could not do enough to keep his title hopes alive.

“To be honest, I didn't know I won,” Armstrong said post-race. “I've found out after I crossed the line, they told me.

“Before the race they literally said nothing – I crossed the line and they said that I won. Perfect, I'll take that.”

Armstrong has thus become the fourth drivers' champion in the Italian F4 category's history – and the third driver to win the title with Prema.

He's also the second Ferrari junior to claim the trophy, as the inaugural edition of the series in 2014 had been won by current Williams F1 driver Lance Stroll – who back then had represented the Scuderia.