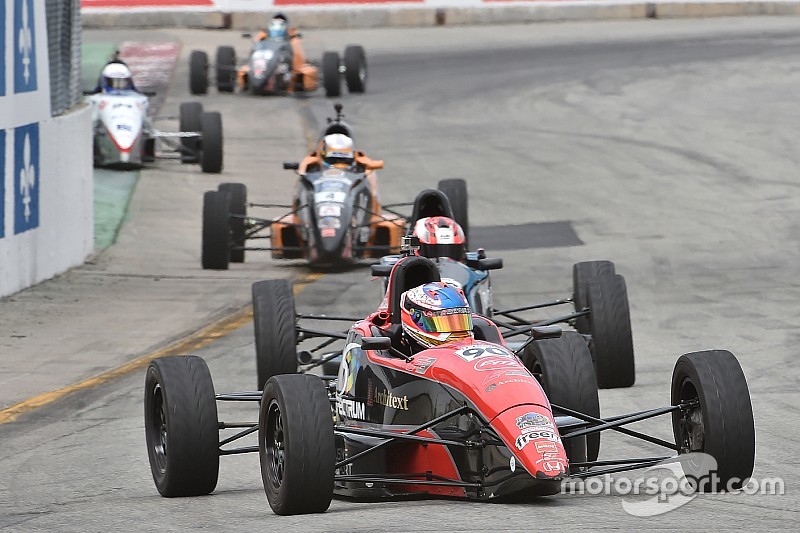 Estep, the driver of the No. 90 Australian-built Spectrum car manufactured by Borland Racing Developments, turned out to be almost unbeatable this season in the Formula 1600 series. A driver of the mighty Exclusive Autosports team, the San Antonio, Texas resident was simply in a different league at the Mont-Tremblant Circuit for the final three rounds of the year. He captured three pole positions and three wins to conclude the season on a high note.

Trenton Estep won the 15-lap race with an advantage of 18.2 seconds over Roman De Angelis (Piper DL7 014) and Andre Castro (Spectrum), with the latter two battling it out fiercely up until the chequered flag. Jean-Philippe Jodoin (Mygale 014) arrived home in fourth place.

Driving the wheels off his Honda-powered Spectrum, Estep easily won race 2 of the meeting. In the process, Estep set the fastest lap of the race, a full second quicker than the second best time. He crossed the line 14 seconds ahead of second-place finisher Andre Castro. Jean-Philippe Jodoin finished third, 16 seconds behind the winner but just ahead of Will Harvey (Spectrum) and Roman De Angelis who pushed him hard until the end. Veteran Didier Schraenen clinched sixth place in his CMV.