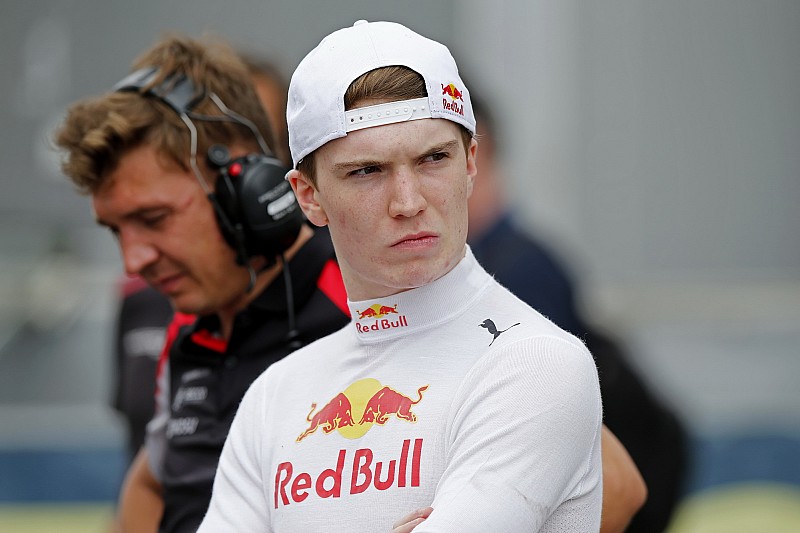 Red Bull Junior Dan Ticktum will compete in the final European Formula 3 race of the Norisring weekend after being given the all-clear following hospital checks.

Ticktum, who was fifth on the grid, stalled his Motopark Dallara-Volkswagen at the start of the race, and was rammed by the Carlin car of 21st-placed starter Ameya Vaidyanathan.

The Indian moved very slightly to the left, but it was almost a square hit, and both Ticktum and Vaidyanathan were taken to hospital in Nuremberg after getting themselves out of their cars under their own steam.

“I haven’t properly analysed it yet but I think I probably put too much clutch on,” Ticktum told Motorsport.com. “I think it was just driver error, but I have to double-check the data.

“I was trying to get the car started, glancing in my mirrors, and I saw him and I just knew he was going to hit me. So I held the steering wheel and braced my head against the head rest.

“I’ve had three X-rays, on the side, back and front of my head, and I’ve had an ultrasound to check for internal bleeding, and I’ve been given the go-ahead to race – all I’ve got is a headache.”

The Motopark team is racing to repair Ticktum’s car, which requires a new engine, although he should avoid a grid penalty as the engine swap was caused by accident damage.

“The tub’s all right and the engine and gearbox are already on,” said Ticktum. “It’s just a case of putting everything else on to have four corners on the car.”

Vaidyanathan had not yet returned to the paddock, as he stayed longer in hospital to have his neck X-rayed – it is understood that he is unlikely to make the grid for the final race.