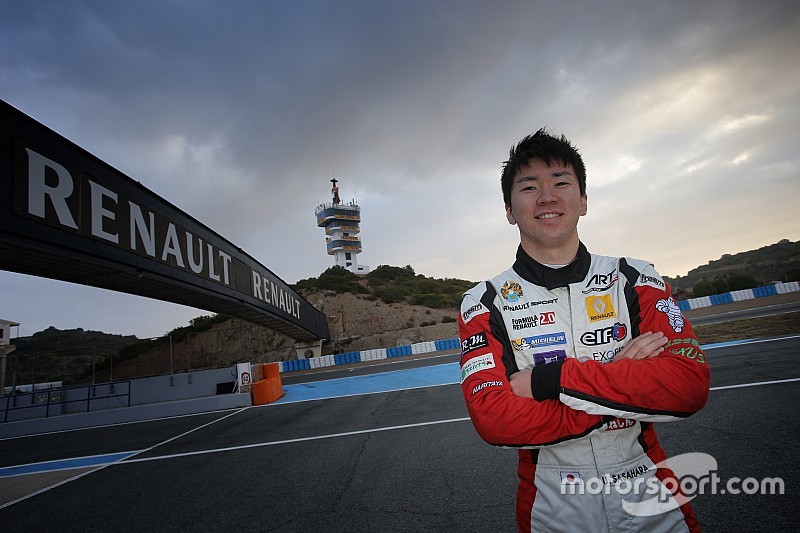 Japanese driver Ukyo Sasahara will make his European Formula 3 debut with T-Sport, it has been announced.

Sasahara, 20, will make his debut in round seven of the 2016 season at Spa-Francorchamps, and will also contest round one at Imola.

Formerly a top prospect in the international Rotax category of karting, Sasahara has spent 2013-2015 racing in two-litre Formula Renault championships, winning two races in NEC and taking a sole Eurocup victory at Spa.

"Ukyo has been on our radar since he tested with the team back in November 2014, he is an ideal candidate to run and we hope that these selected outings may lead to a permanent drive with the team for the 2017 season," said T-Sport team boss Russell Eacott.

T-Sport, who skipped the most recent F3 round at Norisring after the exit of full-time driver Arjun Maini, will also go back to using the ThreeBond-branded Tomei engine, which was shelved after a difficult showing in the opening round of the season at Paul Ricard.

Maini, having contested last weekend's GP3 round at SIlverstone, insisted then that his relationship with the T-Sport squad was "still alive" and that he was exploring opportunities to contest other F3 rounds, as well as the Macau Grand Prix.

Meanwhile, fellow British team Carlin has announced that ex-Caterham junior Weiron Tan will be seeing out the European F3 season with the squad.

Tan made his debut in the category at Spielberg, taking over in the #19 entry that Raoul Hyman had piloted in the opener.

The entry went unfilled for Norisring, but Tan has now confirmed he will be returning for the five remaining rounds, racing alongside regulars Alessio Lorandi and Ryan Tveter.