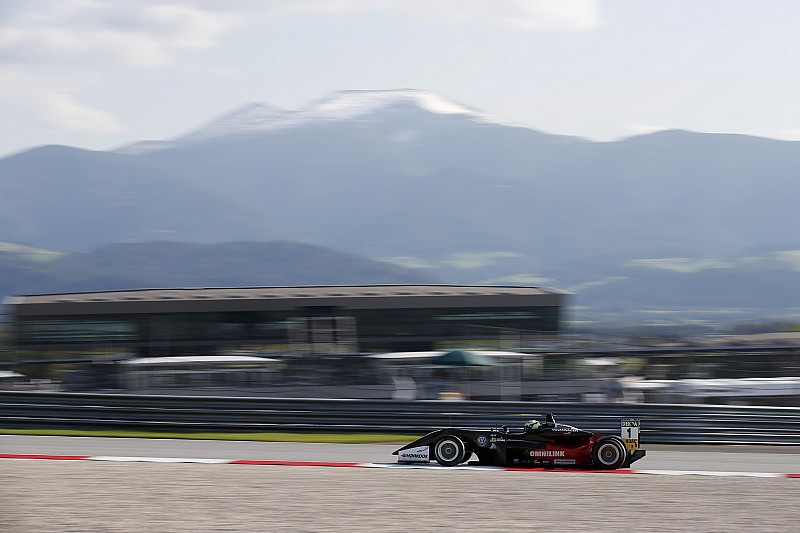 Joel Eriksson took a lights-to-flag win in the second Red Bull Ring race of the 2017 European F3 season, fending off Lando Norris, who edged closer to the title.

Starting from pole, Eriksson kept the lead off the line from Norris, who put immense pressure on the Swede throughout the opening lap.

Eriksson defended perfectly and held on to the lead before slightly stretching his advantage from lap 2 onwards.

While the gap never went above 1.1s, Norris did not attempt to overtake Eriksson again, as the duo took first and second in an unchanged order.

Nikita Mazepin slotted into third at the start and, while he couldn't keep up with the top two, he kept Callum Ilott at bay for his second podium of the season.

Ilott lost some ground towards the end of the race but still comfortably took fourth, with Jehan Daruvala and Ralf Aron spending their races alone in fifth and sixth respectively.

Jake Hughes was unable to match the pace of the top six and was under pressure from Ferdinand Habsburg throughout the race, the duo even making small contact at Remus once.

The Carlin driver did not manage to make a move, and lost ground in the middle sector during the final lap, allowing Hughes to secure seventh.

Habsburg fell behind Maximilian Gunther and Joey Mawson to settle for 10th.

Gunther is now 84 points behind Norris in the standings, and has to outscore the Carlin driver by 10 points in race three to prevent the Briton from being crowned champion.

The penalty promoted Gunther to seventh, and thus reduced Norris' points lead to 82.