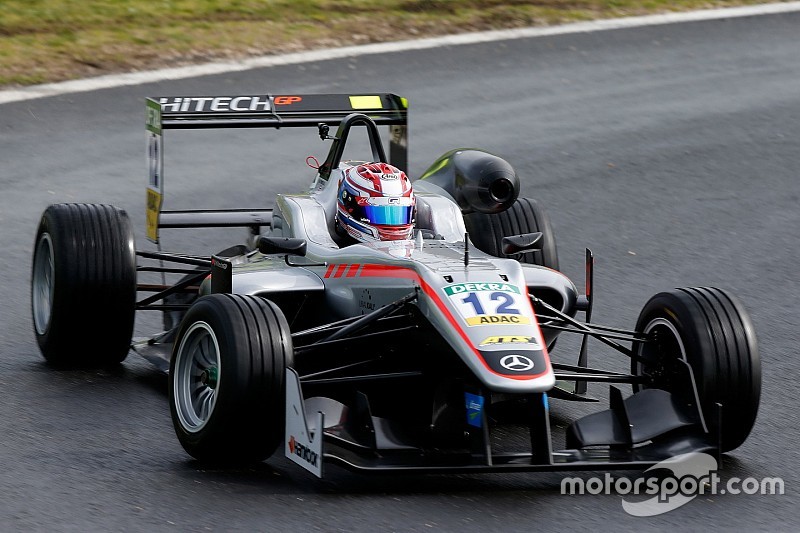 Russell had a good getaway off the line, quickly extending his lead to over a second from Sergio Sette Camara.

The Brazilian and Alessio Lorandi both took advantage of a sluggish start from front row starter Callum Ilott but a left rear puncture forced the Italian into the pits.

Russell continued to lead in the first half of the race but his advantage diminished after Pedro Piquet crashed into the barrier and triggered the safety car.

The Briton nailed the restart only for the race to be back under caution two laps later in order to clear Harrison Newey's car, the Briton having likewise hit the wall shortly after making contact with Arjun Maini.

With just two minutes and three laps left once back to green, Russell cruised to the finish, with Camara holding off Ilott to secure his first podium as a Red Bull junior.

Anthoine Hubert overtook Mikkel Jensen on the first restart to claim seventh as the top 10 was completed by Joel Eriksson and Maini.

The Indian inherited the final pointscoring position when both F3 debutant David Beckmann and Maximilian Gunther retired in front of him.

The latter, who had started from the back of the grid after a qualifying shunt, impressively recovered to 11th, only to be drop out of contention after pitting.

Beckmann, in the meantime, retired with a broken rear wing, joining Nick Cassidy, Guan Yu Zhou and Ryan Tveter among the DNFs.