Mick Schumacher claimed victory in the opening race of the Formula 3 European Championship round at the Nurburgring after taking the lead at the first corner.

From second on the grid, Schumacher got a slightly better start than polesitting Prema Powerteam stablemate Robert Shwartzman, and the Russian Ferrari junior was unable to prevent Schumacher from spearing down the inside at Turn 1.

An early safety car, caused by a multi-car incident at Turn 1, preceded a strong restart from Schumacher, but Shwartzman refused to give up and began to put Schumacher under pressure.

Schumacher then pulled away, stretching a 1.3-second advantage with nine laps remaining, only for Shwartzman to cut the gap again.

With a few laps remaining Shwartzman was only half a second adrift, and in turn he had a charging Dan Ticktum racing up behind him.

Motopark-run Red Bull junior Ticktum had lost out to fast-starting Ralf Aron at Turn 2 on the opening lap, but then pulled off a great manoeuvre on the Prema driver around the outside of Turn 1 on the ninth lap to regain third.

As the race drew towards the finish, Ticktum began to put pressure on Shwartzman, freeing up Schumacher to re-extend his lead on the final lap.

While Schumacher took the chequered flag 0.8s to the good, Shwartzman had to defend from Ticktum into the chicane after the Briton got a great run off the fast right-hander onto the back straight.

Schumacher’s win means he has now won at four successive F3 rounds, and has vaulted to second in the championship, 26 points adrift of leader Ticktum.

While Ahmed claimed fourth and Aron fifth, former series leader Marcus Armstrong produced an exercise in damage-limitation to rise from 18th on the grid to sixth in his Prema car.

Incredibly, Armstrong was already seventh after just one corner due to the chain-reaction shunt, which was precipitated when a misjudgement from Jehan Daruvala caused contact with Alex Palou, who shot out of control across the track and took out the innocent Juri Vips.

Amid the chaos, Artem Petrov rose to sixth, but he was given a drive-through penalty for a jumped start, promoting Armstrong to sixth and the Kiwi’s Prema teammate Guan Yu Zhou to seventh.

Zhou is one subject of a post-race stewards’ investigation into overtaking just before the restart, when eighth-placed Sophia Floersch bogged down, before she eventually pulled off the circuit with mechanical problems.

Once the race settled down, the main overtaking was done by Motopark’s Jonathan Aberdein, who lost ground in the first-lap incidents, but passed Keyvan Andres (Van Amersfoort Racing) and then Ben Hingeley (Hitech) to take eighth. 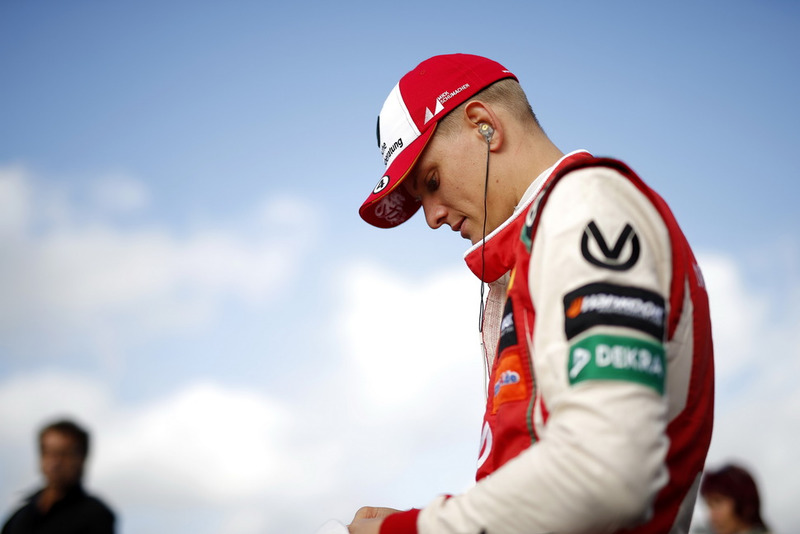