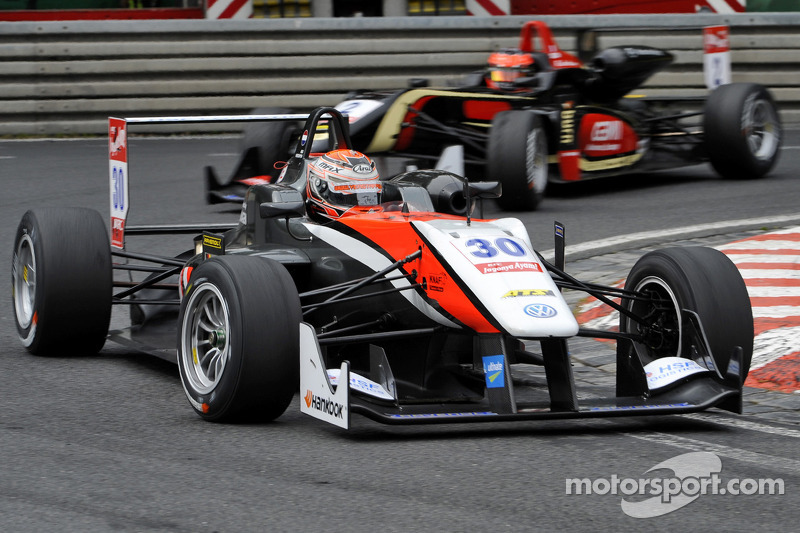 The son of ex-Formula 1 driver Jos Verstappen won the action-packed 16th season round of the FIA Formula 3 European Championship.

Following his triple victory at Spa-Francorchamps, 16-year-old Dutchman Max Verstappen (Van Amersfoort Racing) continued his winning streak at the 2.3 kilometres long Norisring. The son of ex-Formula 1 driver Jos Verstappen won the action-packed 16th season round of the FIA Formula 3 European Championship from Esteban Ocon (Prema Powerteam) and Lucas Auer (kfzteile24 Mücke Motorsport). With his fifth win of the season, Verstappen moves up into second place of the drivers’ standings, he is currently 106 points down on the leader, Lotus F1 junior driver Esteban Ocon.

The race at the Norisring in Nuremberg had plenty of action. On the opening lap, Mitch Gilbert (Fortec Motorsports) and Antonio Giovinazzi (Jagonya Ayam with Carlin) collided and triggered a chain reaction. After that, Giovinazzi had to turn into the pits, just like Jules Szymkowiak (Van Amersfoort Racing). Dennis van de Laar (Prema Powerteam) retired. 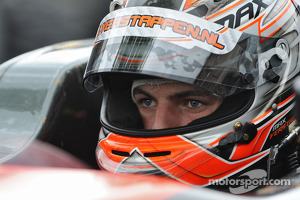 Racing resumed after three laps and Felix Rosenqvist (kfzteile24 Mücke Motorsport) stayed in the lead from Esteban Ocon and Tom Blomqvist (Jagonya Ayam with Carlin). Soon after that, Blomqvist damaged the front wing of his car and came into the pits for a replacement. Thus, he lost his third place to Lucas Auer. After Antonio Fuoco (Prema Powerteam) and Gustavo Menezes (Van Amersfoort Racing) collided, the safety car was deployed for the second time.

Esteban Ocon used the second restart of the race to claim the lead, but the Frenchman only held on to the top position for a brief while until Max Verstappen overtook him. After Tatiana Calderón (Jo Zeller Racing) had hit the wall and Antonio Giovinazzi failed to steer away from the car of the only lady racer in the field, the safety car was deployed for the third tme. Just before the end of the race, Jordan King (Carlin) provoked the fourth and final safety car intervention as he lost the front wing of his car on the track.

Max Verstappen (Van Amersfoort Racing): “In the battles during the early stages of the race, I had almost ruined the nose of my car. After that, I found a good pace, I was able to close up to the two drivers in front of me and then I also managed to overtake them. After that, I could control the race. My car was great and winning at the Norisring is fantastic.”

Esteban Ocon (Prema Powerteam): “My start was good, I slotted in behind Felix Rosenqvist. After the second safety car intervention, I overtook Felix and led the race for a while until Max overtook me three laps later. My speed wasn’t very good that is something we now have to work on. After Tom Blomqvist ran into the back of my car, I was worried initially that my car could be damaged, but fortunately, things worked out well for me.”

Lucas Auer (kfzteile24 Mücke Motorsport): “My start was okay, I was able to keep my position. When Tom Blomqvist turned into the pits to get a new front wing, I was third. Later on, I was in a nice battle with my team-mate Felix Rosenqvist in which I managed to come out on top.”

First pole position of the year for Felix Rosenqvist