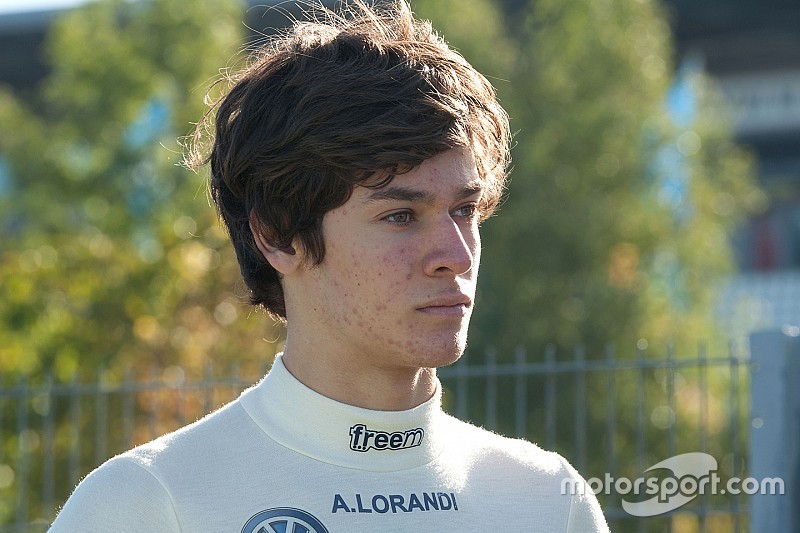 Lorandi, 17, had followed in the footsteps of Max Verstappen last year by joining Van Amersfoort's F3 squad straight out of karting.

An extremely successful driver in karts, amassing a world title and two Italian championships along with numerous other accolades during his tenure, the Italian would finish only 20th in his debut car campaign, with a best result of sixth at Pau.

Lorandi then tested with Carlin in the post-season on a number of days and has now made the move official.

"I am delighted to join forces with Carlin, a team that accomplished so much in Formula 3 and is also lining up in other top-tier categories," he said.

"The chemistry with the staff has been excellent since the very first test and the work we did together proved extremely valuable. Trevor [Carlin] constantly showed how much he believes in my abilities and so it has been pretty easy to reach an agreement for the 2016 season."

In effect, Lorandi is replacing Callum Ilott at the British squad, with the latter having also run as a karting graduate in F3 in 2015 and recently announcing a switch from Carlin to Lorandi's old team Van Amersfoort.

With the new regulations limiting teams to a maximum of four entries for 2016, Carlin now has half of its line-up confirmed, with Lorandi joining returnee Ryan Tveter.

Eriksson steps up to F3 with Motopark