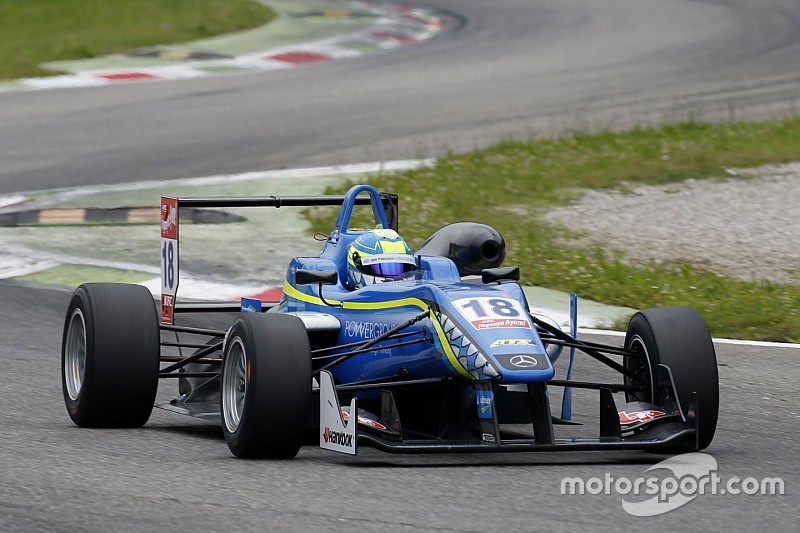 MSA Formula frontrunner Matheus Leist will be joining the FIA European Formula 3 grid for the eighth round of the season at Spielberg.

Brazilian Leist, who turns 17 in September, has been picked by Double R Racing to substitute for injured German regular Nicolas Pohler.

Having taken a maiden MSA Formula win for Double R at Donington in May, Leist currently sits fourth in the standings at the halfway point of the season.

The year prior to that, the Brazilian had made the step from karting, joining Brazilian F3's B-class. He finished runner-up in the category to current Euroformula Open breakthrough star Vitor Baptista.

Pohler and Hong Kong teenager Matt Solomon have represented Double R from the start of the 2015 European F3 campaign, neither having scored any points so far after seven rounds.

After sustaining a broken arm while biking, Pohler announced an estimated recovery time of six weeks, meaning he could also miss the ninth round of the season at Algarve on 5-6 September.

If he isn't available, Double R are likely to look for a new replacement, given that Leist is set to contest the MSA Formula round at Rockingham on that weekend.