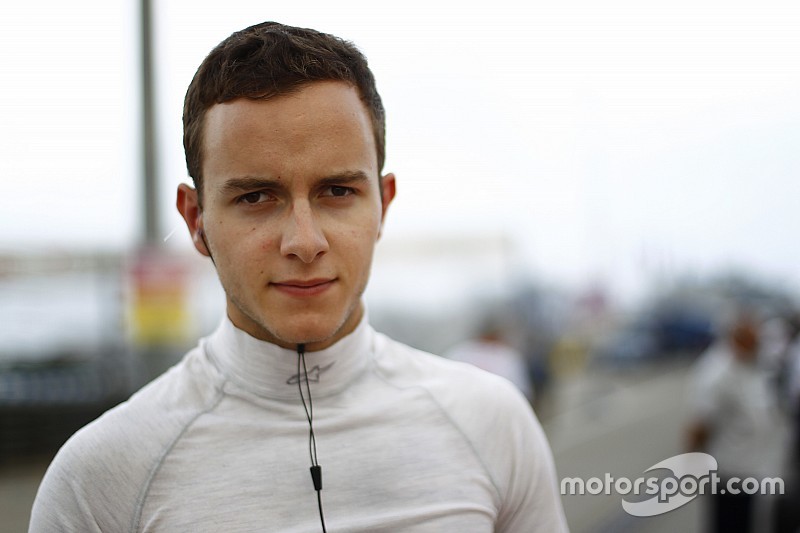 Formula Renault driver Anthoine Hubert will move to European Formula 3 for 2016, having been announced as Van Amersfoort Racing's fourth signing.

In 2015, he finished fifth in the Eurocup series and won four of his six races in the Alps championship, finishing runner-up in the other two.

“We were following the progress of Anthoine for quite some time," said Frits van Amersfoort.

“We became more and more impressed by his skills and results - especially after his clean sweep with two pole positions and two victories on the challenging streets of Pau during a guest appearance in Formula Renault Alps.

"We decided to invite Anthoine for a test in our simulator and he did a very solid job. We are very happy to add him to our 2016 F3 squad. Anthoine is the sort of driver who could become one of the big surprises."

The Frenchman makes up an all-new line-up at Dutch team VAR, which has expanded from three cars to four and will also field fellow newcomers Pedro Piquet and Harrison Newey, as well as sophomore driver Callum Ilott.

“I followed the results of Van Amersfoort Racing F3 for many years and I must say I was impressed by their recent results with the rookies Max Verstappen and Charles Leclerc," Hubert said.

"I am obviously very motivated and excited to join this legendary team of F3 and I want to thank all the staff for giving me confidence. And now: let's get to work!"