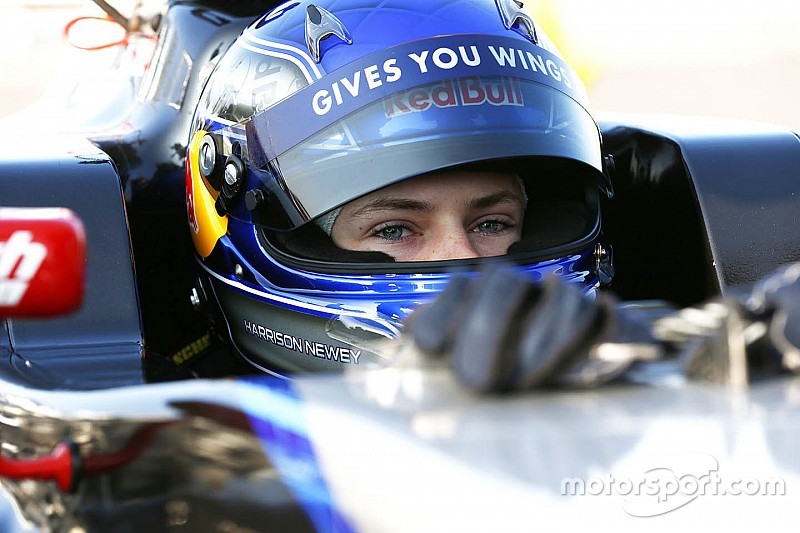 Harrison Newey, the son of Formula 1 design guru Adrian, has confirmed a move up the ladder from BRDC F4 to FIA European Formula 3 in 2016 with Van Amersfoort Racing.

Harrison finished second to champion Will Palmer in the BRDC F4 last year, picking up two victories and 12 podiums in his first full year in single-seater.

Instead of doing another year in F4, the Brit has decided to move up to F3, joining Callum Ilott and Pedro Piquet at the Van Amersfoort squad.

“I am very happy to sign with Van Amersfoort Racing for my first season in Formula Three," said Harrison upon the announcement.

"I know the team well now after competing with them in Germany last year [ADAC F4] and also doing my first tests in an F3 car."

He added: “I am hugely motivated to race in one of the world’s most competitive single-seater series this season.

"I think that with VAR it will be the ideal grounding for me to further my racing ambitions and to acquire all the attributes to gain as much experience as possible with a new car and mostly new tracks.

"I am really looking forward to tackling these fresh challenges.”

VAR owner Frits van Amersfoort is equally thrilled with Harrison joining the team: "It is great news that Harrison is racing with us in F3 this season.

"Of course we know him from F4 last season and we enjoyed working with him greatly. He is talented, capable and dedicated; we are thrilled to have him with us.

“Harrison’s work ethic, which he showed last season, will give him a good advantage as there is no magic in F3.

"It is all about hard work and determination. He is still a young lad but he shows a very impressive level of dedication to his racing which is a very important ingredient to have.”