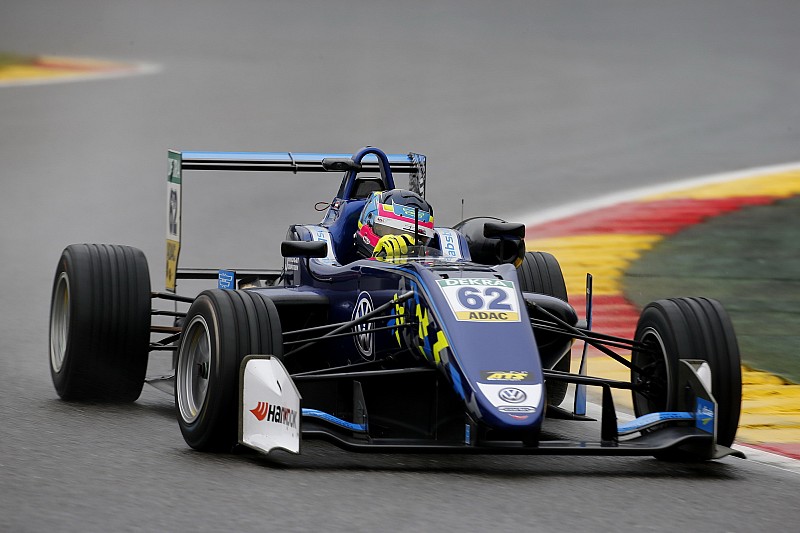 Macau Grand Prix have-a-go hero Ferdinand Habsburg is staying in the Formula 3 European Championship for a second season with Carlin.

The team’s announcement that the 20-year-old Austrian will stay on is no surprise, Habsburg having made it clear towards the end of last season that he would almost certainly remain in F3.

The London-based archduke claimed one win in his rookie Euro F3 season, at Spa, and finished the Macau GP in fourth position after trying a win-or-bust manoeuvre on race leader Sergio Sette Camara at the final corner of the race, both drivers hitting the barrier before Habsburg crawled across the line with a damaged car.

Habsburg took part in post-season GP3 Series testing but was also an integral part of Carlin’s test programme during the run-up to Christmas with its squad of Volkswagen-powered Dallaras.

“I am pumped to announce that I am rejoining Trevor [Carlin] and his incredible team this year,” said Habsburg.

“I can’t wait to get back to racing with the Carlin boys that I have become very close with over the last 14 months.

“Feeling comfortable within a team is going to be a big strength that we will take advantage of  - we’re going to hit this year’s championship hard from round one!

“The team has an incredible history of developing the world’s top drivers and I’m going to work hard to make sure I do them proud.”

Trevor Carlin said: “The progress Ferdinand has made in the car since he first joined us in 2017 is amazing, and his passion and determination was clear for everyone to see in Macau in November.

“Out of the car, Ferdinand remains completely professional and one of the nicest drivers to deal with – I’ve no doubt he will be a great asset to the team in 2018.”

Schumacher stays in F3 as Prema expands to five cars