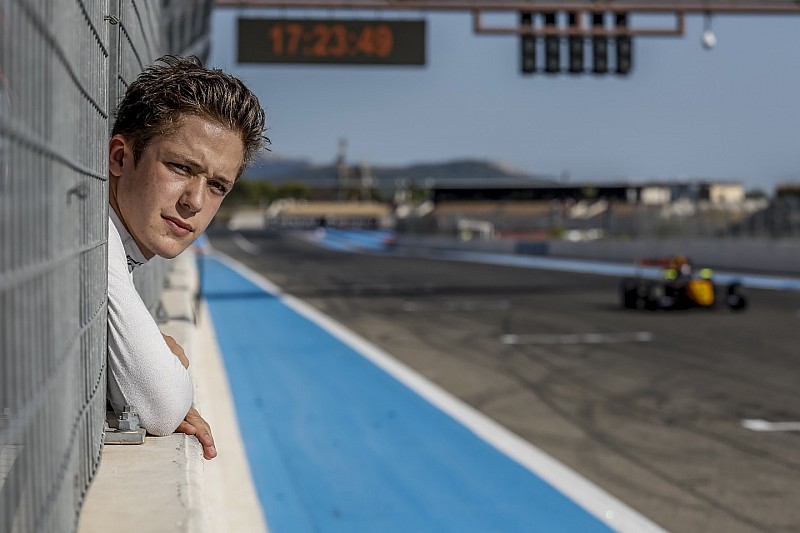 Eurocup Formula Renault 2.0 points leader Sacha Fenestraz is to step up to the Formula 3 European Championship at the Nurburgring this weekend.

The 18-year-old Frenchman, brother-in-law of Jose Maria Lopez, will join Carlin for a one-off F3 outing, after testing one of the British squad’s Dallara-Volkswagens at Silverstone last week.

Carlin has been allowed to do this by the FIA using its discretion, enshrined within the championship’s sporting regulations, to lift the four-cars-per-team rule introduced for the beginning of the 2016 season.

Motorsport.com understands that the championship’s teams were canvassed on the matter before the decision was taken, and it is believed that one other team will also expand to five cars for this weekend’s event.

Fenestraz, who belongs to the same ADD Motorsports management stable as Norris, said: “This will be my first race weekend with the car, so it will be a good learning experience for me.

“I’m happy to race with Carlin – we have seen how fast the team have been this year, and I’m looking forward to it.”

Team boss Trevor Carlin said: “We’re delighted to have Sacha with the team in Germany this weekend.

“He is having a stunning season in FR2.0 Eurocup and while this weekend will be a big learning curve for him, he will have nothing to prove.

“We will be happy if he feels as though he has made some progress and enjoyed the experience.”

Florescu teams up with Motopark for rest of F3 season