Fitness focus: What it takes off-track to stay on the road to F1 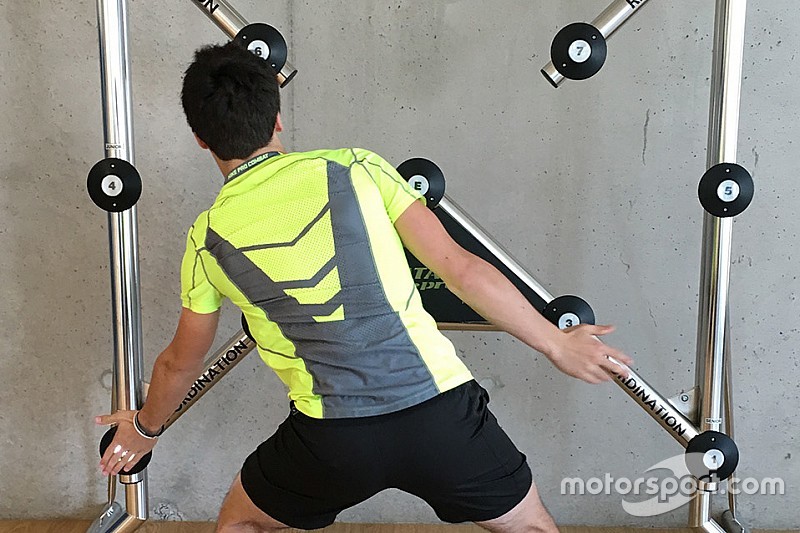 How Williams junior Lance Stroll – the FIA F3 European Championship leader – is totally disciplined in terms of diet and fitness on a daily basis on his quest to make it to F1.

Teenager Stroll is on a mission to become Canada’s next Formula 1 driver, but to make that happen, he knows that delivering on-track can only be achieved by a lot of hard work away from the race circuit.

The 17-year-old is a member of the Williams Martini Racing Young Driver Development Programme and currently leads the FIA European Formula 3 Championship, having scored nine top-five race finishes – including three wins – from the opening 12 races.

By adhering to a strict diet and being prepared to spend countless hours toiling in the gym, the Canadian maximises his chances of achieving that ultimate goal of reaching the pinnacle of motorsport.

“I must follow a strict exercise programme and be able to endure a lot of pain, from pushing my body to its limits,” said Stroll. “Likewise, it’s important for me to adhere to a diet and schedule.

“I have to be disciplined and that means making certain sacrifices. You have to be driven to improve every day. You can't be satisfied with your last performance. You have to be confident in yourself and believe that you're a winner.”

Stroll is under the direction on a daily basis from physical therapist and personal trainer David Whiteman who works vigorously behind the scenes to ensure that Lance is in tip-top condition – not only for this year – but vitally so that when the opportunity arises for Lance to step aboard a Williams-Mercedes F1 car for the very first time, that he is physically and mentally up for the challenge.

A number of important elements must combine to ensure Stroll, who is still growing and weighs in around 72kg, is ready, and that is the responsibility of Whiteman, who graduated from Montreal’s McGill University in 2002 as a physical therapist.

David has worked with Stroll since 2010 and is able to extract plenty of toil and sweat from the Canadian youngster, who began the road to F1 when he sat in a kart for the first time at the age of five.

Montreal-born David said: “The aim for Lance is to adhere to a healthy diet 6.5 days a week – I encourage a ‘cheat’ meal just once a week when he’s racing. The purpose is to maintain an optimal race weight, maximize his energy levels from his nutrition and optimize recovery from training.

“I wouldn’t say I’m rigid but it’s important to maintain a regular routine. For performance, it is better to wake-up and eat around the same time each day for example. Lance’s food pattern doesn’t change much leading up to a race – the big changes occur more off season when race weight is less of a concern. He just makes sure not to have his cheat meal to close to a race!”

Lance added: “It’s pretty difficult to keep a controlled diet for most of the week, week in week out. But it was something that I have got used to from an early age and now it’s second nature.

“But it’s [very] nice to have in the back of my mind the ‘cheat’ meal once a week! I make the most of these occasions, something like a pizza, cheeseburger, or an ice cream – I go the whole nine yards when I’m allowed.”

A normal day away from the track for Stroll will include a workout, race preparation activities, and of course, his school work. Lance goes to a gym in Geneva and typically trains five days a week. In the winter months, Stroll will ski or snowboard almost every weekend. He cycles but also likes to play hockey, tennis and soccer depending on the time of year.

“The volume of exercise depends on whether we are in the [motor racing] season or in our off-season,” added Whiteman. “Lance’s gym routine is pretty much set from the start of the season but saying that, I’m always trying to make changes to enhance his gains.

“His daily routine alters as we work on cardio, muscular endurance and strength – particularly working his core and neck muscles – reaction timing, visual field activities, and flexibility. If it’s a race week, we scale things back in the gym and focus more on reaction training and mental preparation.

“In terms of cycling, due to time restraints in his busy daily schedule, we do a lot of cycling on indoor trainers, three to five times a week, although Lance does ride a road bike on the outskirts of Geneva, which offers a great terrain, when time allows.

“I’ve also added a ‘boot camp’ element to Lance’s schedule three or four times a year. Our first was in Miami and we had another in Mallorca recently. I like to take Lance somewhere different and to just focus on fitness. It’s good for him to get a break from his regular routine and take it up a notch.”

Keeping up the motivation

Some days, unsurprisingly, Stroll is not that eager to train: “I don’t think athletes are always in the mood [to train] and I’m no different. There are up and down days, sometimes I feel really motivated and other times not so much. But that’s natural.

“When I’m not particularly looking forward to training, those are the days you have to push on and get the job done. I don’t have a favourite exercise – I love pushing my body in the gym and all exercises are all intense!”

Whiteman added: “Presently I have Lance working out with former NHL player Matt Lombardi. Matt was a former client of mine and now plays for the Geneve-Servette hockey team. It is really nice to have another experienced athlete training with us. It serves as both motivation and mentorship for Lance. They both push each other as they have such different strengths and talents.”

Stroll said: “It’s good fun working out with Matt. He’s a legend. He’s better at certain exercises and I’m better than him on others. We extend each other in our weaker areas.

“I’m really enjoying the 'boot camps', just getting away from the normal environment and various distractions is good to do at times – it’s like an escape. But that’s not to say it’s a holiday, I’m working out really hard on a bike or in a gym. It’s tough but hopefully will allow me to fulfil my ambition of competing in Formula 1.”

Stroll, who was recently selected in to the British Racing Drivers’ Club (BRDC) Rising Stars programme, returns to race action at the Norisring (24-26 June) – the German event marking the halfway stage in the 30-race series, in which he currently leads by 38 points.

T-Sport and Maini to skip Norisring F3 round