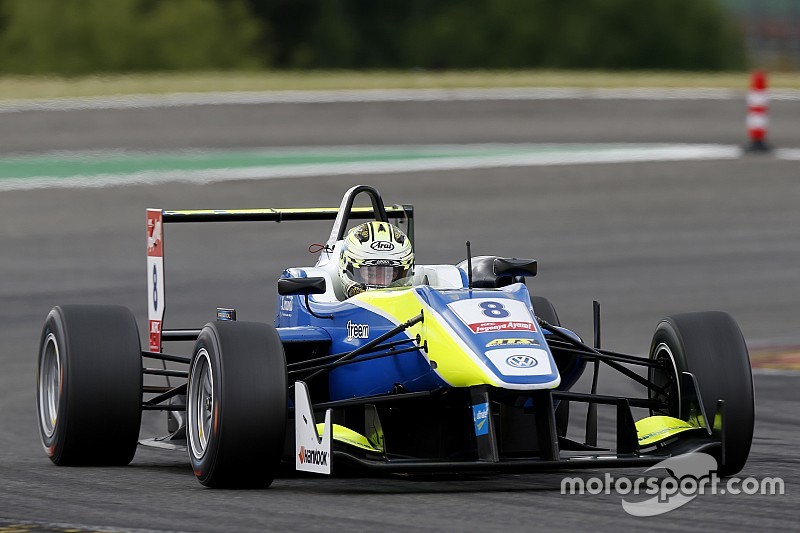 European Formula 3 racer Alessio Lorandi, who joined the category straight out of karting in 2015, reckons the championship's newly-imposed ban on such a move is a step in the right direction.

The move from karts to Formula 3 was a proven success for Max Verstappen in 2014, the Dutchman winning 10 races on his way to third overall and landing a Toro Rosso F1 seat.

And Lorandi, alongside another karting star Callum Ilott, would follow in the Dutchman's footsteps the year after.

However, the Italian, having finished 20th in his debut campaign, reckons the governing body's decision to impose a mandatory requirement of one single-seater season's experience for any F3 hopeful from 2016 is correct.

"The ban [on going from karts to F3] is definitely a good thing," Lorandi told Motorsport.com.

"What we are seeing is drivers who are getting younger and younger being pushed up the formula car ladder and this may cause incidents due to a lack of experience.

Lorandi, who moves from Van Amersfoort Racing to Carlin for his sophomore F3 campaign in 2016, reckons the new regulations will help other championships below it.

"The ban also helps the Formula 4 and Formula Renault categories," he added.

"They are a good platform to learn on before moving into a category like F3, which is one of the most competitive championships in the world."

Finally, the Italian lauded the decision to restrict European F3 drivers to just three years in the championship - one that will bar the likes of Felix Rosenqvist and Antonio Giovinazzi from returning in 2016.

"That will definitely help the newcomers and give them a better platform to showcase their talent," he said.

Alesi criticises F3 testing rules: "There is too much freedom"