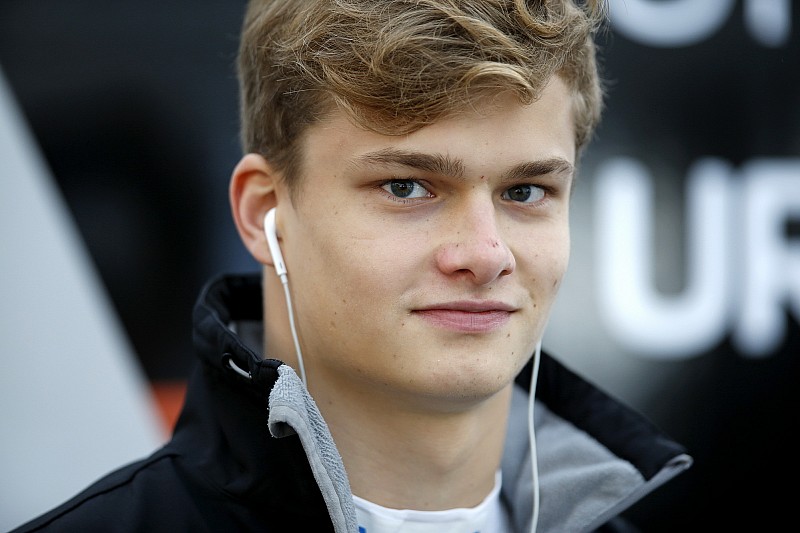 Ralf Aron will return to Prema Powerteam for a third season of European Formula 3, it has been announced.

The 19-year-old Estonian student will rejoin the team with which he won the 2015 Italian Formula 4 title and was a race winner in his rookie season of European F3 in ’16.

Aron landed at Hitech GP last season, finishing ninth in the championship before switching to Van Amersfoort Racing for the Macau Grand Prix, where he claimed third position.

Regarded by some as a dark horse for the 2018 title, Aron tested with Prema in several sessions in Spain and Portugal during December.

“I’m very excited to be back with Prema for 2018,” he said. “We won a championship in F4 together, and I have learned from the mistakes I’ve made in F3.

“Combining the experience and determination that I and Prema have, we will be stronger than ever and ready to conquer the podium at round one!”

Team boss Rene Rosin said: “Ralf is smart, fast and consistent and he’s also a very positive person to have within the team – I’m sure he has the skill set to become a real contender this season.

“I couldn’t be more satisfied with how our line-up for 2018 is shaping up, so it will surely be a great season.”

Aron joins Ferrari juniors Robert Shwartzman and Marcus Armstrong in the Prema line-up for 2018, while Guan Yu Zhou and Mick Schumacher are also expected to return in an expanded line-up.