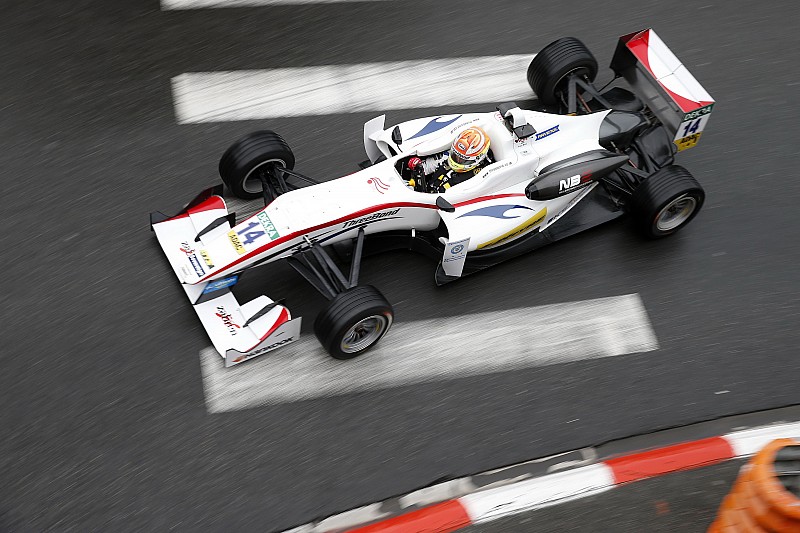 Arjun Maini says T-Sport had to revert to NBE engines from the second round of the European Formula 3 series at Hungary because of problems with its ThreeBond units at Paul Ricard caused by altitude.

The Tomei-built ThreeBond engine was introduced at the Macau Grand Prix last year, and was said to be the quickest on straightline speed - and competitive enough to challenge rivals Mercedes and Volkswagen.

T-Sport used the Japanese engine in the 2016 season opener at Paul Ricard, but the altitude of the French circuit disrupted the engine settings, forcing the team to switch back to NBE for the Hungaroring.

"We knew from Macau last year that the ThreeBond engine was the best engine in the field by far," the Indian driver told Motorsport.com.

"But it encountered its problems, the altitude at Paul Ricard had an effect on the engine in a negative way.

"So we decided in Hungary to go with Neil Brown [NBE] because we had no choice, but they are continuously working with Tomei," he added.

"Hopefully it will be back soon in the future, but for sure the pace of the Tomei engine is good, it just need a bit of refinement."

Amid the issues, Maini has suffered a difficult start to his second F3 season, scoring his first points at Pau last weekend with a 10th and ninth place finish in races two and three respectively.

"It's not been easy for myself, [and] for the team," he said, "because there’s nothing they could have done as well.

"We have worked really hard over the races, so it is getting much better now, and we are getting closer and closer."

Barnicoat believes McLaren dropped him in favour of Honda juniors