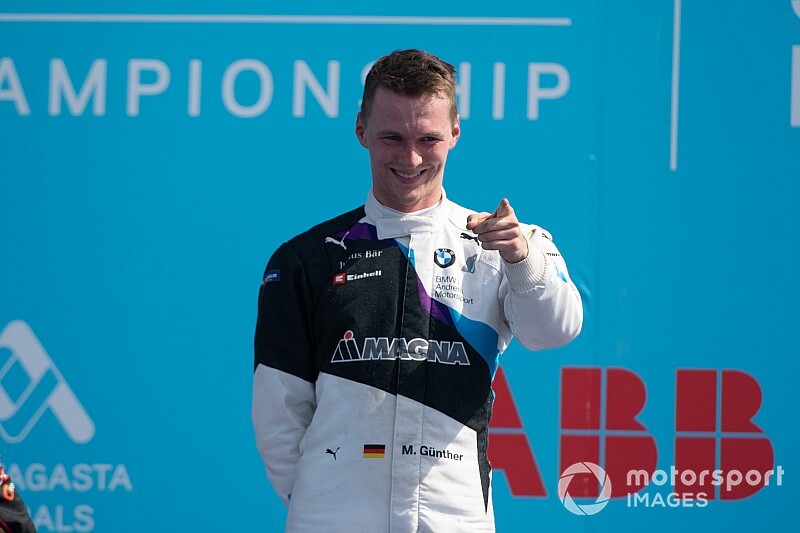 With just a handful of laps to go in Santiago, Maximilian Gunther appeared to have lost his shot at a maiden Formula E victory. His response to that, which included a sensational overtake to reclaim the lead, proves why BMW's new star is one to watch

This time last year in the hot Chilean sun, Maximilian Gunther lost a promising Formula E result when a powertrain problem struck his Dragon Racing car. Twelve months on, he's a race winner in the electric championship after triumphing in a sweltering Santiago race last weekend for his new squad BMW Andretti.

For a significant portion of the year just past, Gunther has had to endure struggles not of his owning making. Soon after the 2019 Santiago E-Prix, he found himself dropped by Dragon, with ex-Formula 1 driver Felipe Nasr taking his seat from the next round in Mexico City. While there is nothing to suggest there was anything untoward about that development, the team explaining Gunther had completed a "three-race programme" was odd, and in conversations with the young German driver - utterly professional throughout the saga - there was a sense that all was not well behind the scenes.