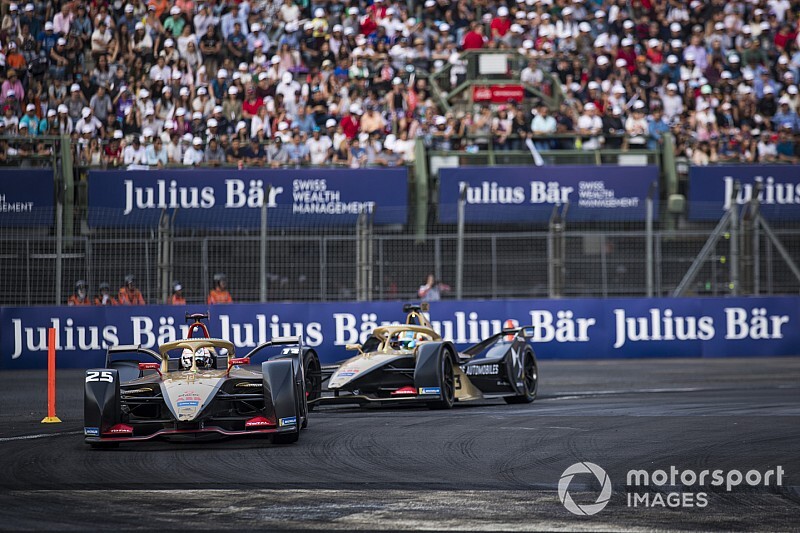 Jean-Eric Vergne says DS Techeetah messed up its Mexico E-Prix strategy, meaning he and teammate Antonio Felix da Costa delayed each other for the second Formula E race in succession.

Ahead of the Mexico City race, da Costa had defended his Santiago team radio messages in which he blasted Vergne – who had a damaged car – for not letting him past.

In Mexico, reigning champion Vergne and da Costa were twice instructed to swap positions in the race, which allowed Sebastien Buemi – then running third – to extend his lead over the pair by 1.7 seconds.

Vergne blamed the team for its indecision when it came to swapping the two cars over.

He told Motorsport.com: “It was clear that the team waited too long for a solution and [da Costa] gained a lot more energy than me.

“At least he scored some good points for the team but for me it was clearly not the best strategy.”

But da Costa reckoned that he and Vergne had worked well together on track in their recovery from eighth and ninth in qualifying, adding that the positional swaps had been well orchestrated.

“Me and JEV worked well when we're both together coming through the field,” he said. “We played a little bit of a team-mate slipstream game out there.

“It was all planned. We were in touch - obviously it's not directly with [JEV], but with the engineers - and we knew exactly what everyone was doing.

“We took exact notes together and so our race was really well planned.”

That meant as soon as da Costa gave up the position he was immediately faster than his teammate.

DS Techeetah’s team principal Mark Preston, who previously worked for the Arrows, McLaren and Super Aguri Formula 1 concerns, told Motorsport.com that the squad was still trying to understand how to manage two drivers of similar pace.

“It's hard,” he said. “We've got two drivers that are running really close together.

“Obviously, a few things didn't quite work as we wanted in Santiago. [We’re] trying to figure out what's the best way to run.

“In F1 or other things like that, you've got to have different tyre strategies or something like that. In Formula E it sort of ends up being the same strategy.

“They were sort of experimenting with what we should do for the future. They’re certainly pushing each other pretty hard.

“I don't think we could have won probably but we certainly could have had two on the podium.”