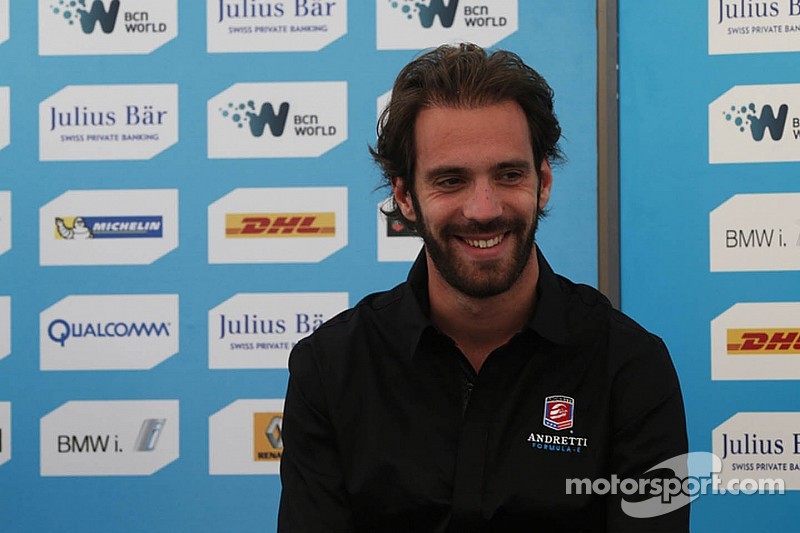 Jean-Eric Vergne is out to prove a point just weeks removed from being sacked by Formula One team Toro Rosso as Red Bull felt Carlos Sainz would be a better fit for the car. So far, he's making his voice heard by snagging pole position in his Formula E debut, over a tenth faster than Nelson Piquet Jr.

The second row will be made up of Nico Prost and Sebastien Buemi. Jaime Alguersuari rounds out the top five. Championship leader Lucas Di Gassi will start alongside him.

The remainder of the top ten was filled by Jarno Trulli, Bruno Senna, Nick Heidfeld, and Daniel Abt.

Three drivers failed to post a time during the qualifying session. Sam Bird ended up colliding with a barrier, Jerome D'Ambrosio clipped the wall in the tight chicane at the end of the main straight, and Matt Brabham, well his issue deserves its own sentence. Brabham requires a new chassis after a bolt from a kerb went through the floor of his car.