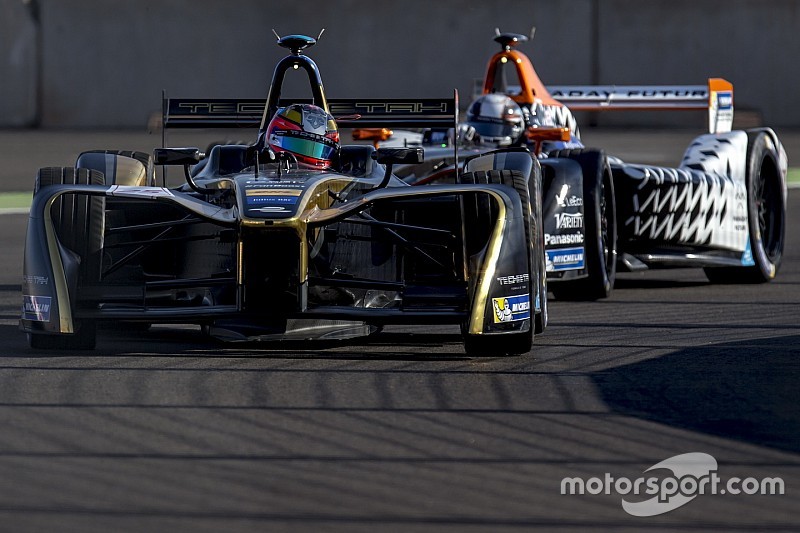 Jean-Eric Vergne was left frustrated and demanding an investigation into issues that halted a potential victory in Marrakesh on Saturday.

The Techeetah driver believes he had the pace to challenge for the win but several problems in the race scuppered any chance of a first Formula E victory.

“I got a fine this morning for the same reason as in the race [for speeding in the pitlane] and I have never had this situation my whole life,” Vergne told Motorsport.com.

“I suspect that the pitlane limiter button, like this morning, just didn’t work. We will investigate.

“It is frustrating as we had the car to win. I was in a position to win that race and I was much quicker than Felix [Rosenqvist] and good on energy percentage and, at that stage, [Sebastien] Buemi was far back and would have needed to use a lot of energy to catch me up.  I don’t think he could have overtaken me.”

The race issues for Vergne came after an embarrassing operational error from his team in the Super Pole shoot out earlier in the day when he was not given sufficient time to join the track for his allocated one flying lap.

The race also featured problems with his dash display, which compromised his initial charge after the drive-through penalty.

“My steering wheel went a bit crazy,” said the Frenchman. “I was trying to follow it all but then my engineer told me to start saving a lot of energy and it was too late so I finished the race just rolling and I had no more energy.”

Vergne now has a 46-point deficit to leader Buemi but believes that further gelling of the Techeetah team is vital for the next round in Argentina next February.

“We messed up the race in Hong Kong and we didn’t score many points here today,” continued Vergne. “I couldn’t take part in Super Pole because of a team mistake. I can look at some positives as we have a quick car but that is it now.

“The team was running much, much better this weekend but it is still not good enough, obviously. I think the step we made from Hong Kong to here needs to be made again for Buenos Aires and then we will be in a stronger position.”

Engel frustrated to miss out on Marrakesh points finish