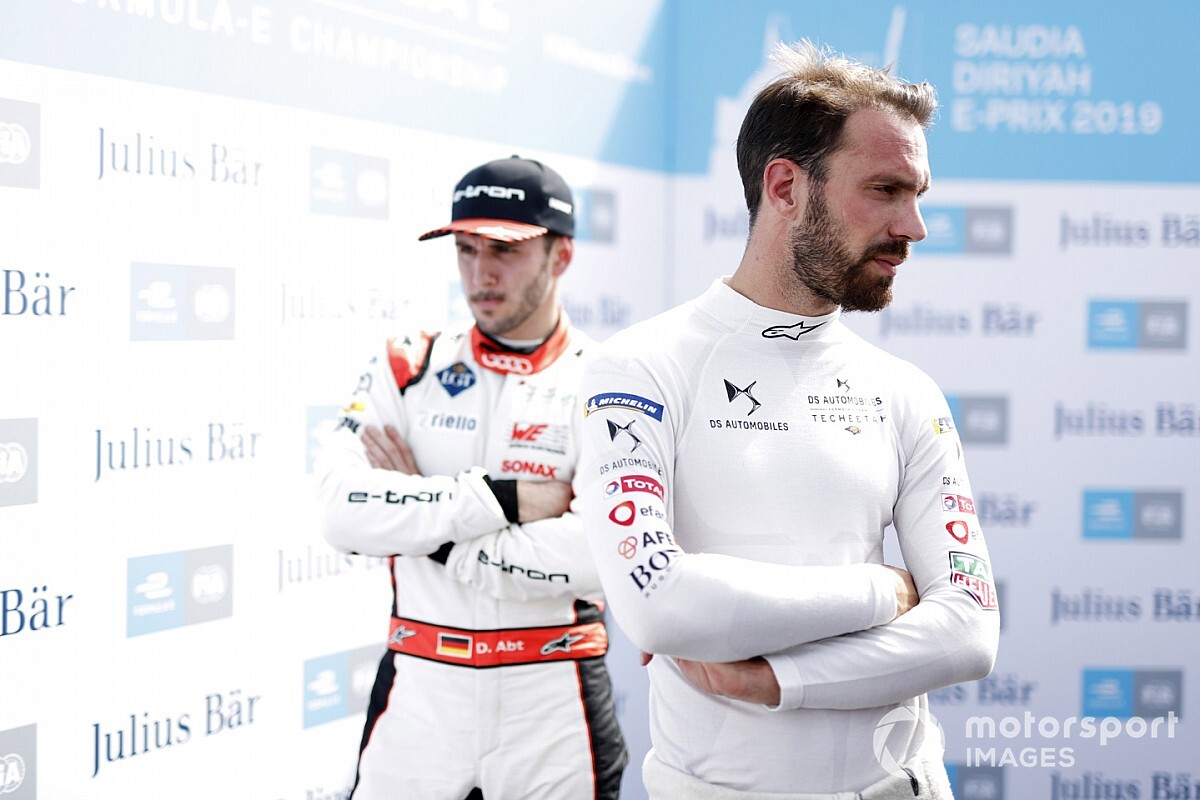 Abt was suspended with immediate effect by the Audi FE team on Tuesday after he used sim racer Lorenz Hoerzing to take his place during the Berlin round of the virtual FE Race at Home Challenge.

Hoerzing qualified second behind Mercedes driver Stoffel Vandoorne before the pair collided for the lead, with the sim racer eventually finishing in third to score the best result for Abt’s car.

DS Techeetah driver Vergne posted his criticism of the Audi ruling on social media, tweeting: “After all this a game that should be taken seriously, but it’s a GAME.

“Then what about all the drivers crashing on purpose, that would probably get their licence removed if that was reality?

“Been out of almost all races for un-sportsman behaviour and drivers using me as brakes.”

Prior to his suspension, Abt was fined €10,000 - donated to a charity of his choice - by FE, disqualified from the event and suspended from the remaining races of series.

Porsche GT driver Laurens Vanthoor added: “This all started as a show to entertain. Now it has costed [sic] multiple careers.

“Yes, there are dos and don’ts. Yes, some are unacceptable. Consequences are needed, but this?!

“It‘s a virtual thing to entertain you, not our daily job. But it costs our daily one."

Motorsport.com understands that Abt, one of only four drivers to have contested every race in FE history, will lose his Audi seat as a result of the suspension.

The two-time E-Prix winner is set to respond via a video statement on Tuesday evening.