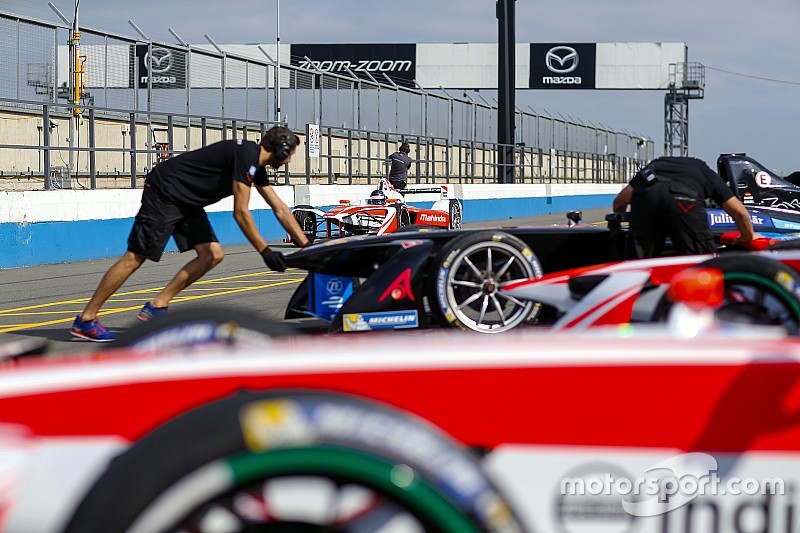 Formula E will hold its official 2017/18 pre-season test at Valencia in October, bringing an end to three years of running at Donington Park.

Donington has been used as the base for all 10 FE teams and the championship's operational headquarters since early 2014.

In that time it has hosted official pre-season testing for all three FE campaigns, but teams had targeted a change of venue once the initial three-year deal with Donington finished.

This summer several teams will relocate from the FE 'hub' inside Donington's grounds, having been obliged to operate from there for the first three years.

The desire to leave is due to Donington being an unrepresentative track for the street circuit-based championship to test at.

Motorsport.com has learned pre-season testing for 2017/18 will be held on a yet-to-be-decided configuration of the Valencia circuit in eastern Spain.

It is understood FE is targeting three days of testing from October 2-5, with one 'rest' day somewhere in between.

The final layout will be determined by the series working out a design that does not put the battery under considerably greater duress than it would normally deal with, but also conforms to FE circuit guidelines.

During their 15 days of private running, many teams run at circuits like the Spanish Calafat and Guadix venues, which have even more in common with the tracks FE will race on than Valencia.

It is understood Valencia was chosen for the collective test because it can comfortably host the 10 participating teams and series staff and has the required infrastructure for its charging requirements.

A decision has yet to be made on whether the tests will be made open to the public free of charge, as had been the case at Donington.

This summer several teams will also relocate from the FE 'hub' inside Donington's grounds, having been obliged to operate from there for the first three years.

The series will continue to use Donington as a logistical base, with its proximity to East Midlands Airport is important for partner DHL.