Travel guide: Making the most of Moscow’s ePrix 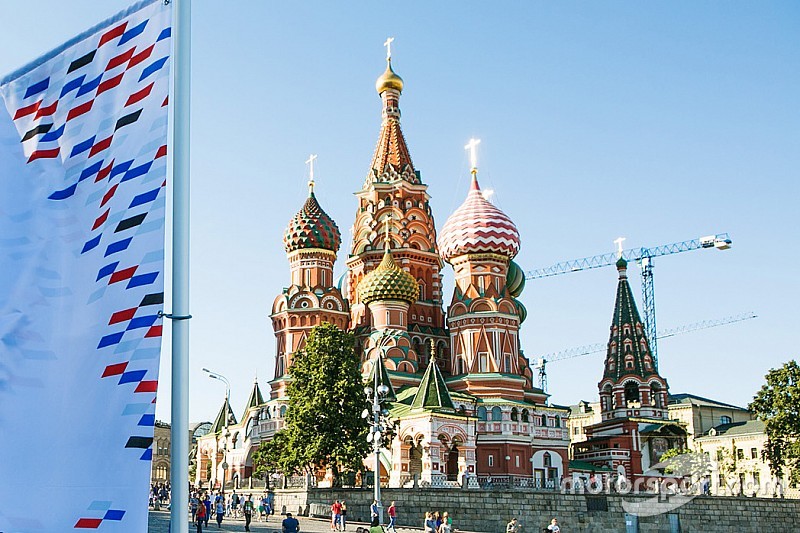 When the FIA’s all-electric Formula E single-seater series holds its first-ever race in Moscow, on a tight and challenging street circuit located in the very heart of Russia’s capital, it is definitely going to be worth seeing in person.

While you could find very detailed guides on popular travel websites, we would like to share some useful tips for those who plan to visit this landmark event.

All foreigners visiting Russia need visas. Searches are quite rare, but clearing customs when you leave Russia by a land border can be lengthy. Visitors are allowed to bring in and take out up to US$10,000 (or its equivalent) in currency, and goods up to the value of €10,000, weighing less than 50kg, without making a customs declaration.

Local currency is Ruble (RUB) with exchange rate fluctuating around 55-57 RUB for 1 Euro. We strongly recommend exchanging the currency only in the bank offices or ATMs – better avoid private currency exchange offices, although those may offer slightly better rates. Credit cards are widely accepted, except for public transportation and in taxis.

Although in many places you could find navigation signs and other tips for travelers in English, keep in mind that the number of English-speaking people among Muscovites is quite limited, so it would be a good idea to download Google Translate app. This will allow better communication with locals, and use Google Maps for navigation in the city.

In addition, it is better to keep your ID or the paper copy of it with you at any time outside the hotel.

Air travel is the only sensible way to arrive in Moscow from abroad. There are three international airports: Sheremetyevo (North), Vnukovo (South-West) and Domodedovo (South). No matter which one do you arrive, the best way getting to the city center is travelling by rapid transit railway system – Aeroexpress.

It is the cheapest, the fastest and the most convenient way in this case, due to severe traffic jams.

Aeroexpress trains depart from all the three airports every 30 minutes (or 1 hour off-peak) and will get you into the Moscow center area in about 40-50 minutes for 450 RUB per person. Take Aeroexpress on your way back as well.

It is better not to rent a car, since the city’s traffic and road traditions are likely to be outside out of your comfort zone. Moscow metro (underground) is the fourth largest in the world and also is the largest one outside of Asia in terms of passenger numbers.

It operates from 6am to 1am daily with 11 trips ticket cost around 360 RUB.

The extensive bus, tram and trolleybus system is just as cheap, but we advise you using it only if you firmly know the route and the line number since there is almost no information inside the coaches and it is only in Russian.

Taxis, on the other hand, are a good solution for a reasonable price. If you have the Uber app on your smartphone, you can easily use it in Moscow as well.

You can buy tickets on official Moscow ePrix website – http://formulae.moscow/formulae_tickets/.

Price varies from 3-4K RUB for standard tickets to 6-7K RUB for VIP stands and 25K RUB for Paradise Club.

Parking places are extremely limited in this area, which combined with complicated parking payment system makes car a bad choice for transportation to the race.

Remember that in the grandstands located near Moscow River it could be quite windy, so do not forget to take a jacket or windbreaker and a cap in case of chilly weather.

The Moscow ePrix will take place on June 6 with all practice, qualifying and the race itself taking place over the course of the day to minimize the disruption to the host city.

NOTE: Timetable is provisional and is subject to change.

You can find the detailed timetable on the official website of the race:

With a huge selection of hotels, Moscow offers something to choose for everyone: whether your choice is an ultimate luxury or you are looking for a reasonable and moderate price.

Below you can find our recommendations for the best places to stay – all venues are located nearby the circuit:

In addition, do not forget that you can always find good offers on Airbnb, in case of late decision when hotels are booked out.

Moscow is a great city for dining out; there are plenty of cafés and restaurants to suit everyone’s taste and pocket – whether it is traditional local cuisine or international one.

The night scene in Moscow is could be laid back or lively, depending on your mood. It ranges from familiar pubs and beer halls to elegant lounge bars. The Russian capital has everything one could need for a memorable night in the city.

What else to see

Red Square and the Kremlin

The very heart and the most popular landmark associated with Moscow in the world. The apex of Russian political power, and once the center of the Orthodox Church. Red Square, the 400 by 150 meters area of cobblestones, is never-to-miss for any Moscow visitor.

The best getaway from megapolis stress is the largest public park in Moscow, located in the central area. Its official name speaks for itself – Maxim Gorky's Central Park of Culture & Leisure. That is exactly what a visitor can find there: variety of options to spend your time free time and relax.

Bolshoi Theatre
An evening at the Bolshoi is still one of the Moscow’s most romantic and entertaining options for a night in town. The glittering six-tier auditorium has an electric atmosphere, evoking over 235 years of premier music and dance.

Arbat Street
A historic haunt of artists, musicians and street performers, the 'old' Arbat still evokes the free-spiritedness of yesteryear. While strolling the storied street, look out for the memorial wall dedicated to iconic rocker Viktor Tsoy and the statue of the 1960s bard Bulat Okudzhava.

Magnificent Park Pobedy (Victory Park) is a huge memorial complex commemorating the sacrifice and celebrating the triumph of the Great Patriotic War, with endless fountains and monuments.

After more than a century of producing chocolates and other sweets, the famed Red October factory has been converted into Moscow's hottest spot for art and entertainment, with clubs and cafes, art galleries and fashion boutiques. Expensive to buy, but free to browse.

Created in the 1930s, the All-Russia Exhibition Centre (formerly VDNKh) is a vast complex of wide avenues and grandiose pavilions, replete with socialist realist kitsch. The gargantuan statues and flamboyant fountains are a curious vestige of Soviet paradise gone awry.

Sanduny is the oldest and the most luxurious banya in the city. The Gothic Room is a work of art with its rich wood carving, while the main shower room has an aristocratic Roman feel of it. If you want to relax your body and soul, there’s not better choice than Russian banya and Sanduny is the best place for it.

In the hot of the summer, it is a good idea to relax and to see the city from an unusual angle. One-hour trip on a comfortable boat is a perfect way to give rest to your feet while seeing riversides, bridges, numerous churches and many other landmarks of city downtown.

Why not unleash your inner world champion before going to the Formula E race? Go-karting is a perfect solution to get the adrenalin pumped up and get lots of positive emotions.

Arena GP is the best go-karting track in Moscow, offering a technical circuit layout with brand new karts and wonderful café to celebrate your success on the track with a steak and a beer.

Last but not the least in our list is the Moscow subway (called Metro). Not only a transportation system but also a great display of classic and extravagant Soviet-era architecture with its statues and mosaics contrasting with what we traditionally associate with an underground design.

Highly charged: Inside the Berlin eprix with Amlin Aguri