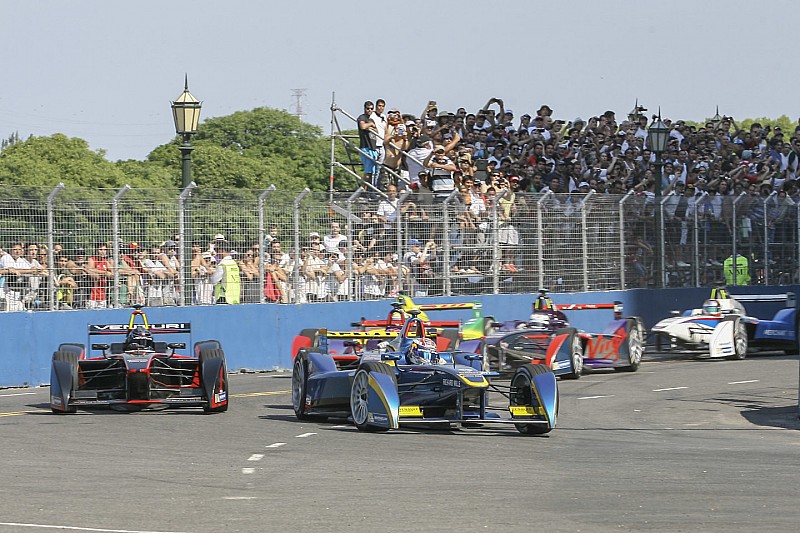 Formula E teams' ability to manage the temperature of the Williams Advanced Engineering battery is likely to be a key factor in the outcome of the Buenos Aires ePrix.

The battery has a safety shut-off of 62 degrees, which immediately decreases regeneration before stopping altogether. The temperature mark for the shut-off has been upped since season one, when it was 58 degrees.

The reason why the shutdown is implemented is to stop "thermal runaway", which is a term used to describe a rapid and uncontrolled increase in the temperature.

Several cars suffered stoppages in the Putrajaya race in November, when temperatures were similar to those seen in Argentina this weekend.

“It will be a concern for all teams again, yes,” Formula E points leader Sebastien Buemi told Motorsport.com.

“It is not easy [to manage] but we will just have to prepare and observe very closely through the race. This is the first race this season where the race has not been extended in laps so maybe it won’t be as big an issue as in Malaysia but we will see.”

All of the Formula E races so far this season have seen slightly longer races than their season one counterparts, but the Buenos Aires ePrix will see the same distance as last year – 35 laps.

Several teams tested strategies for season three powertrains at the Punta Del Este test on December 20, Motorsport.com can reveal. Among them was the title leading Renault e.Dams concern.

“We did a few tests at Punta that could lead us to make some decisions for the season three powertrain,” Buemi said.

"It will give us some idea of where we will go for next season so it was useful."

One of the areas that the Renault team has excelled in this year is vehicle dynamics. Highly-developed Sachs dampers and the fact the team has saved mass weight and moved the centre of gravity forward in the Renault Z.E.15 has been a significant factor in its pace so far.

“We are developing all the time in [vehicle dynamics], if you don’t - you go backwards,” said Buemi. “When you get close to what you think is the optimum it is then difficult to find different ways to go because you don’t want to make the car slower, so you have to be careful the way you test.

"We are making sure the conclusions are right. For instance, there was a lot of rubber down at Punta after the race when we tested which can hide a little bit the normal behaviour [of the car].

“Here in Buenos Aires there is dust everywhere but it will get better - but you will struggle to find a track that has so much rubber.”

Motorsport.com understands that teams must show the FIA a season three car between the Berlin and Moscow rounds in late May, before homologation takes place in the summer.